Business View Magazine interviews representatives from Canby, Oregon, as part of our focus on best practices of American cities.

Canby, Oregon is close-knit community of 17,000, located on a high plateau between the Willamette and Molalla Rivers in Clackamas County, about 25 miles south of Portland. Canby was once the seasonal meeting place for tribes of local Native Americans and was well-known for its annual crop of wild strawberries. The area that became Canby was once called Baker Prairie after one of its earliest white settlers, James Baker, made his way north from California with a herd of cattle in tow. He married a woman from the Kalapuya tribe, and, together, they operated a huge farm in what is now north Canby. The city was formally incorporated in 1893, and named after Major General Edward R.S. Canby, a Civil War general and Commander of the U.S. Army’s Department of the Columbia. 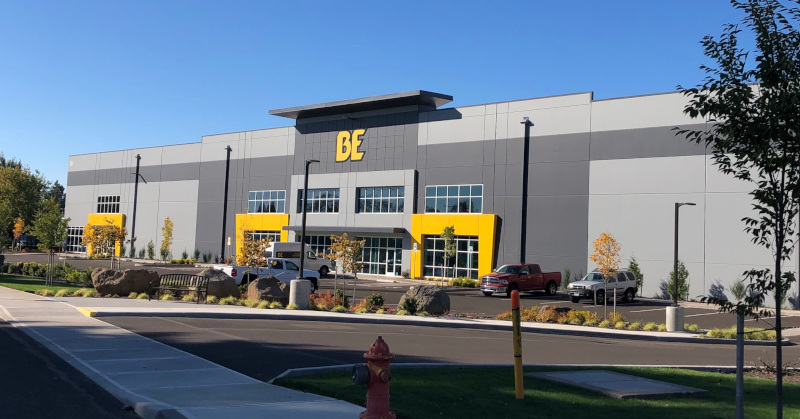 Businesses in Canby, Oregon benefit from excellent highway access – Interstate 5, Highway 99E, and I-205; attractively-priced electricity – the community-owned power company, Canby Utility, purchases the bulk of the power for running the City from Bonneville Power, which is generated from Bonneville Dam up river, just outside Portland; and an ample supply of shovel-ready industrial land at competitive prices. The Union Pacific freight and passenger (via Amtrak) line runs through the center of downtown.

Canby, Oregon residents enjoy a wide variety of housing and the available options are growing. According to City Administrator, Scott McClure, “Over the next two years, we should have about 450 homes built, and within another year or two after that, probably another 200.” For its new and future residents, Canby offers many sports and youth activities, as well as recreation options for all ages including boating, cycling, fishing, and golf. The progressive Canby School District has a campus thriving with consistent investment in modern buildings and state-of- the-art technology, and the Technical Education Center equips students with valuable skills and exposure to many career options.

In the 1990’s, Canby, Oregon established an Urban Renewal District, in order to kick start the expansion of its industrial parks and the revitalization of its downtown business corridor. Tax increment financing (TIF) from the Urban Renewal District funds was initially invested in roads, power, water, and sewer for the industrial parks, which over the last 15 years, has increased the tax value of the land. The City used the funds to borrow against that value, which enabled the financing of several new downtown projects, including redone parking and street structures on First Ave., a community parking lot, a new Police Station, and the construction of a new, 35,000-square-foot building, which now houses the library, City Council Chambers, Community and Economic Development programs, the Finance Department, and City Administrative functions, freeing up four former civic buildings for redevelopment.

According to Economic Development Director, Jamie Stickel, one of those buildings, the former library, is now being repurposed. “The idea is to have a hybrid public market that will have space for restaurants and retail and also some small office and conference from space in the back,” she explains, “so we can offer options for entrepreneurs or smaller businesses that don’t yet have a space; perhaps someone who might be looking to make a leap, say, from making jam in their garage and selling it at the farmers market, to having a brick and mortar location.” The City’s Economic Development Department applied for, and received, an Oregon Main Street Revitalization grant of $200,000 to assist in the redevelopment of the 11,000-sq.-ft. building. 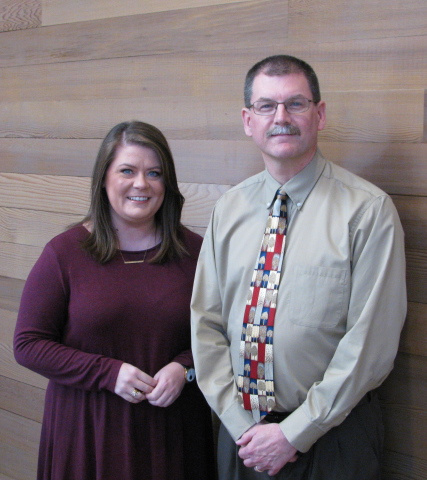 Another recent development in downtown Canby was the 2018 opening of the mixed-use Dahlia building, which consists of 69 market-rate apartments with ground floor retail. The first business to open, this past October, was Wayward Sandwiches, whose specialties include hot and cold sandwiches made from fresh, local ingredients, as well as an expansive wine bottle selection. Canby Gifts opened in November with a focus on supporting local artists and creators. “We have a bakery coming in the near future and, more than likely, a restaurant in the building, and it’s a short walk to one of the best grocery stores in town,” McClure notes. “The Dahlia project has small apartment units with a mix of younger people and retired people. So, we’re really headed toward having that vibrant downtown environment. It’s becoming a place where people can linger, get something to eat, and shop.”

In order to promote a more conducive downtown experience, McClure adds that Canby, Oregon is planning to build a downtown gateway arch over Grant St. The hope is that the arch will become a landmark for the town, a source of pride and inspiration, and one aspect of the city’s cultural revitalization and economic development efforts. The City is also going through the final submittal process to get approval for a “quiet zone” that will restrict the number of train horns on trains that run through downtown. It has hired PBS Engineering and Environmental to manage the project. To date, the city and the engineering teams have met with the larger diagnostic team including members of the Federal Rail Authority, ODOT Rail, and the Union Pacific Railroad. “Everything looks like it’s in good shape,” McClure affirms. “There’s been a lot of cooperation from the parties that we’ve been working with.”

Meanwhile, the City recently added 3.71 acres to its Urban Renewal District at a cost of $595,000, with the intent to construct a new collector street connecting the Canby Pioneer Industrial Park to Highway 99E, allowing the vast majority of trucks traveling to and from the industrial park to bypass Highway 99E through Canby, altogether. The need for a new road keeps getting more intense as the Park continues to develop and add more users, the most recent being Caruso Produce, a family-owned company that sources fresh fruits and vegetables from all over the world and distributes them to local stores and vendors, and Stanton Furniture, a manufacturer of high quality sofas, sectionals, pull out couches, chairs, and recliners. In addition, Columbia Distributing, one of the largest beverage distributors in the west, will be moving into a new 530,000-sq.-ft. warehouse being built at the Park, consolidating the company’s three current Portland locations.

“We just approved a new traffic signal that will help with the traffic congestion coming off of the industrial area,” reports McClure. “And we’ve got a process in place to hire a design engineering company that will lay out the rough path for that 99E connection to the industrial park.”

As Canby, Oregon continues to grow, it works diligently to maintain the charms and amenities that have made it an attractive place to live, work, and play for over a hundred years. Mayor Brian Hodson states, “We’ve strived to maintain our small community feeling as we’ve grown. You can come here to live and run your business, and we have the amenities that people want in terms of livability, walkability, and a great small town atmosphere.” No wonder Canby, Oregon is called “The Garden Spot.”

What: A city in Clackamas County; population 18,000

Where: 21 miles south of Portland, Oregon

Meetings and Emails May be Costing Your...