The Town of Weymouth, Massachusetts is a success story. Known as one of the more affordable of the South Shore towns, Weymouth was not long ago seen as the town in rough shape, with little in the way of amenities.

“We were kind of like the poor stepchild of the South Shore in many ways,” recalls Town of Weymouth Mayor Robert L. Hedlund. “We don’t have the residential tax base that surrounding communities have had. Our playing fields were known as some of the worst around.” But that’s all changed over the past few years. Hedlund reports, “Weymouth has probably undergone the most drastic, noticeable change of any South Shore community in terms of how property values have increased, how amenities have been brought up to another level, and our fiscal management.” 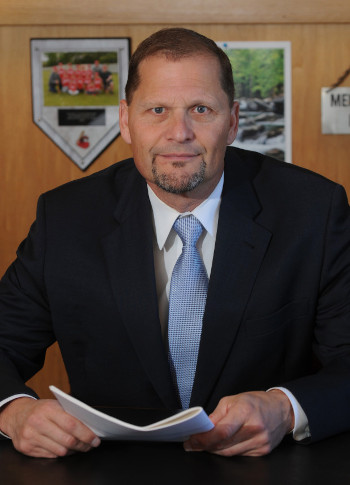 Weymouth’s Stabilization Fund sat around $1 million when Hedlund was first elected six years ago – far below that of neighboring communities, which had up to $8 million on hand. Today, the town is approaching $9 million in its fund, with a wealth of amenities and upgrades added to the mix.

The town is now home to an award-winning, state-of-the-art $33-million library, a $164-million middle school that is tops in the state and playing fields that are recognized as the best on the South Shore. The town has upgraded all of its parks and trails, taken over direct management of the formerly state-owned pool and ice rink, and have added a plethora of new recreational programming for residents to enjoy. They’ve also made improvements to the public access boat ramp and waterfront areas, and are updating and reconstructing their roads at an unprecedented funding level.

“It’s been kind of a turnaround, both financially and with what we have been able to provide for amenities and still keep Weymouth more affordable than any other community on the South Shore,” Hedlund says. Weymouth has the lowest single family tax bill of all the surrounding towns, even with all the amenities its added over the past few years. “What makes Weymouth special for me is the value that you get when you live here,” says Ted Langill, the town’s Chief of Staff. “I think it’s the biggest bang for your tax buck in the area.”

The city has relied on the use of grants as a way to increase amenities without adding to its residents’ tax bill. Over the past half decade, they have utilized grants to finance projects of all shapes and sizes. Most recently, the town received a $100,000 grant to be used for energy conservation for its schools, and they have also received several grants to help improve the town’s environmental footprint through upgrades to municipal buildings, as well as adding electric vehicles and EV chargers. “The green community grants are actually a tiny portion of the grants that we’ve accessed since we’ve been here, but they do total about $1.3 million,” Hedlund explains. “We’ve got so many grants.” Grants have also been used toward bridge infrastructure, library construction, as well as climate preparedness.

As a coastal community, Weymouth is at the mercy of the ocean and the storms that come with it. “It was an issue that was never attended to here,” Hedlund says. “Our sea walls were in decrepit condition that goes back to the WPA (Works Progress Administration) era and had just been patched since. We have been aggressive in getting grants from the state under the Dam and Seawall Grant and Loan Program.”

Grants have been used to complete a major seawall project on Fore River Ave, and they are in the process of permitting a second project on Fort Point Road. The town has also received grants to work on coastal resiliency at the town’s beaches. The project includes raising the roadway, which has been plagued by flooding, as well as working on coastal infrastructure improvements.

One of the town’s more exciting projects, again funded in part by a grant, includes the development of the Wessagusset Walkway. The project will involve taking out invasive species and adding new plantings to help stabilize the embankment. “We’re armoring that section of the coast, but it will also include a walkway that will connect our beaches,” Hedlund explains. “It’s a recreational improvement, but really a coastal protection initiative.”

The Town of Weymouth is the second oldest settlement in Massachusetts, after Plymouth. It was originally settled in 1622 and adopted the name Weymouth in 1635. The town’s long history is alive throughout the community, with buildings dating back to the early 1700s. Weymouth has been active in preserving some of its most significant historic sites. In 2011, the town purchased the Emory Estate, a 1903 mansion modeled after George Washington’s Mount Vernon. They have since turned the 24-acre property into King Oak Hill Park, which offers green space, views of Boston Harbor, and walking trails. A grant has also been secured to fix up the building’s interior into a home for town artifacts. “The community has a big attachment to that building, so it’s going to be a big achievement if we can save it,” Hedlund says. 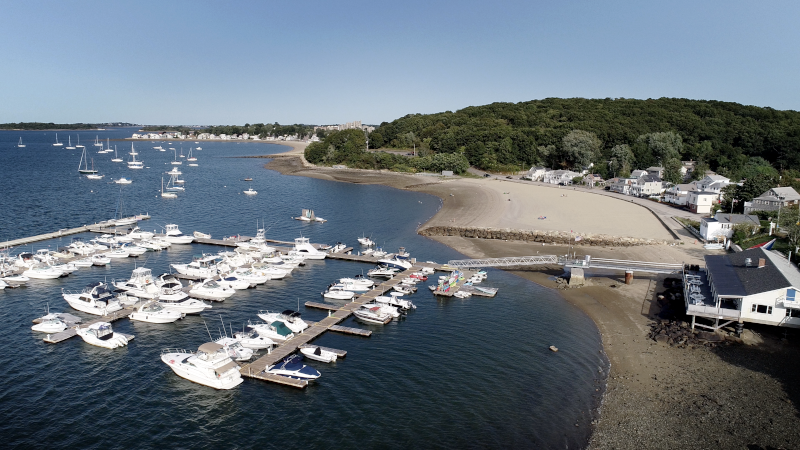 The town has gone to extremes in the past to save its cherished historical sites. In 2016, Weymouth utilized a demolition delay bylaw to save a historic home from demolition – a first in the town’s history. “A developer bought it with the intention of tearing it down,” Hedlund explains. “It was known as the Bradford Hawes House. He was a noted abolitionist and it’s believed the house was part of the Underground Railroad and housed escaped slaves. So it was a significant property that was saved under that bylaw.”

The town’s history as a shoe manufacturing center from the early 18th century until the 1970s has left them with several old mill buildings that have been restored for new use. One developer, Heritage Companies, is in the process of turning a former mill into 86 residential apartments. “It’s going to be a beautiful restoration of a shoe building,” says Weymouth’s Director of Planning and Community Development, Robert Luongo. “We did that by creating a historic mill district overlay, which gave incentive to the developer to make the numbers work for restoration of this project.”

Not everything is worth saving, and Weymouth has been proactive in recent years to either fix up or demolish unsuitable buildings. Part of that was done through zoning changes to create a commercial corridor overlay that aimed to attract new development. “That has led to a significant amount of investment in Weymouth as a result of those zoning changes,” Hedlund says. “It also led to the elimination of blighted properties.”

Weymouth’s success in turning the town around is a direct result of the town administration and residents’ passion, according to Hedlund, who spent two decades in the Massachusetts Senate and Legislature, presiding over the Plymouth and Norfolk District. “I interacted with local municipalities during my time in the Senate, but the commitment and level of diligence and the work ethic of a lot of people that were here when I got here just blew me away,” Hedlund says. “It was a bit of a contrast from the pace I saw at the state level. Not to diminish them, but it’s another level here.”

The town itself is somewhat unique, making it a desirable place for people looking for a place to plant their roots. Located 15 miles outside of Boston, Weymouth is easily accessible to everything the Boston Metropolitan area has to offer. The town even has three stations on the commuter rail line into the city, making it ideal as a bedroom community for Boston.

Weymouth’s main industry is its robust medical community, led by South Shore Hospital – one of the largest employers in the region. “It’s been based here in Weymouth for well over 100 years now,” Luongo says. “That makes it a really desirable place to live because you don’t have to go into Boston for medical care. You can literally access it next door, not only with the local hospital, but with the major hospitals in Boston, as well. Massachusetts General has practices in Weymouth, as do Brigham and Women’s and Beth Israel.”

Weymouth doesn’t have one distinct downtown center for its population of 58,000. Instead, the town is made up of four villages: Bicknell Square, Columbian Square, Jackson Square and Weymouth Landing. Each village has its own distinct features, residential areas, commercial districts, and parks and has been undergoing its own revitalization over the years, with the addition of new zoning and renovations to outdated infrastructure.

While the Town of Weymouth is one of the oldest in the state, it has certainly not left itself in the past. They’ve worked hard to make it a well-rounded community that’s ready for growth. As Hedlund attests, “We really have some great people here and great department heads that are getting things done.”

Where: 15 miles outside of Boston, MA

Since 1835, Bank of Canton has provided businesses with the means to grow and prosper throughout the Greater Boston area. We understand our local markets better than anyone. And we’re ready to put our expertise to work for you. Let’s have a conversation about your goals today.