The southeastern Ontario community sits on the sprawling north shore of Lake Ontario and is conveniently positioned within a 60- to 90-minute drive of large provincial population centers in Toronto (122 kilometers to the west) and Kingston (147 kilometers to the east) along Highway 401.

It’s comprised of seven distinct municipalities – the townships of Alnwick/Haldimand, Cramahe and Hamilton, the municipalities of Brighton, Port Hope and Trent Hills and the town of Cobourg – and its 1,905 square kilometers are home to myriad features that include historic downtown settings, rolling rural hills and scenic and majestic waterside settings.

Population sat at 82,126 residents for the last federal census in 2011 and has stayed essentially level since the arrival of the new century – unlike many neighboring municipalities within the Greater Toronto Area – logging in at 77,497 residents in 2001 before rising 4.5 percent to 80,963 in 2006.
Roughly 40 percent of the working population travels elsewhere for employment, while the majority stays within the county in various roles, according to Mobushar Pannu, Northumberland’s director of transportation and waste since arriving from a municipal job in Toronto in 2010. 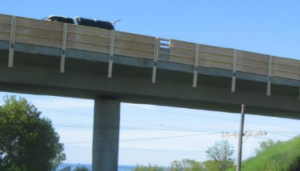 “Some of the key employment sectors currently in the County are agricultural, tourism, and manufacturing. We have a very strong agriculture base and many residents work in this industry,” he said.

“There are some larger industries west of us in Durham Region – for example, General Motors and Ontario Power Generation – their offices are fairly close to us and some people do commute to work at those locations. Not as many go all the way to Toronto, though, maybe less than 5 percent.”

Pannu oversees a Transportation and Waste Department whose by-the-book responsibility covers management of the county’s road network and waste department, alongside provision of plumbing, sewage inspections and maintenance and repair to 22 county buildings and 344 social housing units. The day-to-day tasks include oversight of effective and safe operation of over 500 kilometers of arterial roadways within the county, in addition to winter maintenance operations and ensuring quality design and construction of the municipal infrastructure through its project engineering group.

His workforce of 120 includes across many disciplines, including a county-run recycling plant that sorts, bales and markets all recyclable materials collected within Northumberland, and serves as a regional enterprise through similar services provided to a handful of neighboring communities.

The county’s roster of roads also has 112 large bridges – including Trent River crossings and railway company overpasses – many of which occupy prime real estate on Pannu’s priority list.

“The condition of the infrastructure is constantly deteriorating and we have been very vigorously trying to address such concerns over the last 10 years,” he said. “The county, for a period leading up to 2002, did not direct significant focus to its transportation infrastructure. The funds available were such that we were able to, perhaps, resurface every kilometer of the road every 250 years, and we know that roads don’t last 250 years.

“Over the last 10 years, our council has understood the current needs very well and has been very supportive of our transportation infrastructure requirements.  With council’s support and with help from some of the high-level government funding that has been made available over the years, we’ve been able to bring the rate of repair down to about 40-45 years. Our target is to bring it down even further, to every 20 years.”
The majority of area bridges were built in the late 1950s and early 1960s, which means at least 50 percent of them are 50 plus years old and in need of rehabilitation. The county’s target roadway adequacy rate is 70 percent, but the current number, Pannu said, sits closer to 55 or 60 percent.

“On a scale of 1 to 10, I’d say our bridges are in average condition,” he said. “We’re not in a poor condition, but we’re also not where we’d like to be. Just to maintain our infrastructure, for roads, we need about $11 million annually. This year, our program was about $8 million, so we’re still about 30 percent short of where we’d like to be, and that does not include any extensions or service expansion needs.”

The department maintains a ranking of roadways and 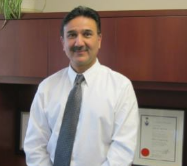 bridges in conjunction with routine inspections, then creates a priority list of projects where monies most need to be spent to maximize return. New rehabilitation approaches have been employed as well, including a thin surface overlay on roads this year that Pannu said will provide an extra 10 years of use before full-scale work is needed.

Recent significant projects have included a $2 million rehabilitation of a three-span Canadian Pacific Railway overhead bridge on County Road 2 between Port Hope and Cobourg, along with 18 kilometers of rehabilitation work on other roads including roadways that were transferred from provincial to county authority.

Elsewhere, work is 70-percent complete on a four-stage reconstruction of the Brighton Landfill, in which the facility is being intermittently divided into distinct cells and updated with modern environmentally-friendly lining techniques. The target finishing date is within five years, Pannu said.

Going forward county-wide, he said, a large emphasis is being placed on future planning.

A cycling infrastructure master plan was completed in 2012 and is in the early stages of implementation, with an aim toward ultimately providing 285 kilometers of cycling routes, locally. A master transportation plan project is also under way that will look at the county’s forecasted needs for the next 20 to 30 years. And a waste management master plan recently completed calls for enhanced services like composting for residents, with a target of 70 percent materials being diverted from landfills.

“Over the next five years, we will be very aggressively working on all of this,” Pannu said. “Those are the three main areas that we’re the most focused on, and I’m sure it will be keeping all of us busy.”

WHO: Northumberland County
WHAT: County of 82,126 residents that includes the townships of Alnwick/Haldimand, Cramahe, and Hamilton, the municipalities of Brighton, Port Hope and Trent Hills, and the town of Cobourg.
WHERE: Southeastern Ontario, on the north shore of Lake Ontario
WEBSITE: www.NorthumberlandCounty.ca 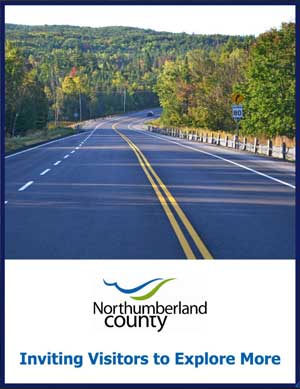