Reinvented Quinco Electrical won`t hesitate to go where the need is.

David Deese knows the value of a name.

So when he stumbled on the word “Quinco” while rummaging through a garage, he got curious.

“My grandfather had passed away and he left me a box, and in the box there was an ashtray that said Quinco on it,” he said. “So I asked my father what Quinco meant, and he told me my grandfather had owned an electric company in Orlando (Fla.) in the 1950s that was called Quinco Electrical.”
Ironically, Deese was working in the electric business at the time, too, with a fledgling Orlando-area entity called D & P Electric. D & P had begun in 1992 with small residential jobs before gradually evolving to work with local retail stores, and ultimately to significant retail chains including Walmart.

A quick phone call to the state determined that the name Quinco was once again available for use, so Deese incorporated as Quinco Electrical in February 1993 – six months after D & P’s inception.

And not too long afterward, he got what he now describes as “help from the grave.”

“We decided to bid a Valencia (Community College) campus project in Kissimmee,” he said.

“It was way too big for us to do. But I was operating out of my garage and I had maybe three guys helping me out at the time. So we just threw the number out there. Sure enough, a guy called me up and asked me if I was the same Quinco that Charles Deese owned. I didn’t lie, I just said Charles Deese was my grandfather. We got to talking about my grandfather and his dog and so and so, and he said ‘Any grandson of Charles is good with me, I’m going to send you a contract.’

“The contract was like $3 million, and I had $300 in the bank, so I pulled a few guys together and I told them, ‘I’ve got no money. I can’t do anything for you. I can pay you when I get my first draw check, which could be six-to-eight weeks from now.’ But everybody said, ‘Let’s do what we can do with it.’ Anyway, I ended up making $1 million profit off the job and that’s where I got my start-up money from. I was poor and broke and digging coins out of my couch, but my granddad helped me out.”

To say things have evolved since then would be putting it mildly.

The modern version of Quinco Electrical now employs 950 people and operates in 19 states, with each of its brick-and-mortar offices – in Florida, Georgia, North Carolina, Oklahoma and Texas – serving a territory of roughly 500 miles and crossing neighboring state lines as needed.

“We started out in schools and office buildings and then we went to the retail sector when the retail sector boomed,” Deese said. “We were chasing Home Depots and Lowe’s and Targets and Walmarts and things like that all over the country. That’s what spread us out, these retail chains. Retailers like dealing with someone that they know, so we started to branch out.

“We knew at that point that we were on to something.”
The climate these days, Deese said, has clients finally emerging from a prolonged economic downturn in which the lowest bidder was the one who was typically getting contracts. Now that things are improving, he said, reputation and reliability are factoring more into decisions – and customers are again attracted to Quinco because it’s managed to stay afloat with proven resources beyond 20 years.

The company’s work on the Orlando VA Medical Center – a $140 million project – has helped it make a shift in perception from small contractor to large contractor, as did its inclusion on the Louis Armstrong New Orleans International Airport, the Northwest Florida/Beaches International Airport and the McCollum Airport in Cobb County, Ga., which sits 20 miles from downtown Atlanta.

“Once you start doing those jobs, people look at you and they say, ‘Well, they’ve done airports,’” Deese said. “When you start doing jobs at that level, you start getting noticed a lot more.”

But the expanded scale hasn’t forced 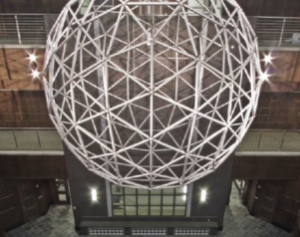 Quinco to compromise its uniformity, or, by extension, its efficiency.

“We’ve got centralized distribution,” Deese said. “We take all of our mobile obstruction trailers to Orlando and they’re all fitted out exactly the same way. So I’m able to keep my efficiency a lot better than most. If an electrician in Dallas goes into a trailer, he knows that in the seventh box down on the left-hand side is a connector. If I’ve got a guy in Orlando and he goes in the seventh box, left side, that’s where the connectors are at.”

Current projects include a tire manufacturing facility in Louisiana, a handful of car dealerships and a Seven Hotel in Orlando alongside Alabama-based contractor Brasfield & Gorrie. And going forward, it’ll be undertakings like the latter that’ll be instrumental in continuing a post-recession bounce back.

“We’re trying to work on getting ourselves back into profitability in the marketplace,” Deese said. “One of the things we’re gearing toward and trying to go toward is getting into more of the hotel and condominium business again. We perceive that that is the next sector that’s getting ready to explode.”

“It always goes in cycles, so we’re focusing our prefabrication processes and refining our design capabilities to see what we can do to get into that market again and define ourselves as the company that can give you a 3-D model of the project as well as prefabrication throughout the whole project.

“We want to perfect our 3-D modeling capabilities and partner with prefabrication companies to further streamline our company.”

WHERE: Corporate office in Winter Park, Fla.; other offices in Georgia, North Carolina, Oklahoma and Texas 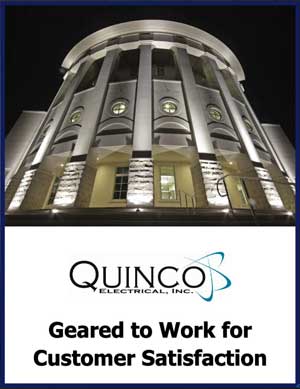