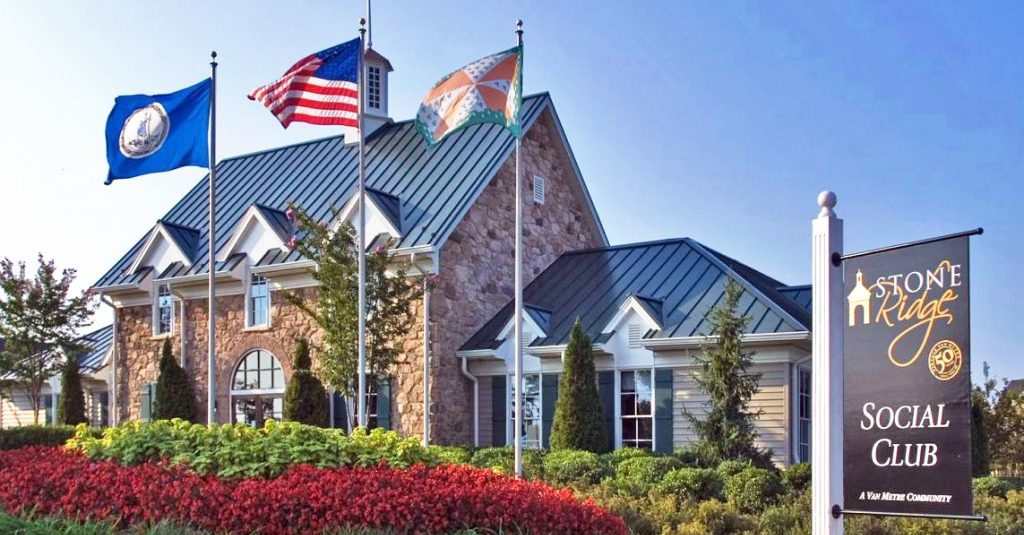 It’s good to have a good reputation, but it’s even better to improve on one.

The primary aim of the Van Metre Companies is to build – both figuratively and literally – onto the success that has been achieved since the business started in 1955, and as it subsequently evolved into a provider of top-quality homes, investment properties and services to customers and clients.

A top-down mandate for professionalism and integrity in all activities across the company’s Washington, D.C.-area home was championed by founder Albert Van Metre Sr., and it remains a driving force going forward whether relating to real estate development and construction, management of apartment, retail and office investment properties or provision of mortgage and related services.
These days, carrying the reputational load falls to a new generation of corporate leaders, which includes Brian Davidson, who joined the organization as an entry-level accountant out of nearby George Mason University in 1989 and has since risen to executive vice president of the construction division.

“The company grew up as the area grew up,” Davidson said.

“Where the D.C. area used to mean inside the beltway, it’s now stretching out through Loudoun County (Va.), which is where we do the bulk of what we do. The guys through the years have had the same values as the ones who started the company, and things have just kind of grown from there.”

And though the full breadth of company expansion may have been powered by circumstance, Davidson said, a lot of it is directly traceable to the founder’s initial sense of the forces that would ultimately create an environment in which a developer/home builder could prosper.

“He certainly had a vision that government was a big employer, and he was smart enough to realize that people would move further away from the city to live in suburbia,” he said.

“He had a vision for that. Just like he had a vision when he moved to Loudoun County when it was all gravel roads and everything, and his idea was to locate real estate near the interstate and that people would drive there for the right value. He knew enough about the market to pick the right places where people were going to relocate.”

Now, on the eve of its 60th birthday, the company has divisions dedicated to construction of homes and apartments, property development and management, a mortgage/title operation and an offshoot that manufactures doors and windows – all of which combine for a workforce of nearly 500.

Corporate headquarters are in Fairfax, Va. and Davidson said about 95 percent of company business is done in Loudoun County, which is home to Washington Dulles International Airport and many tech-centric firms that sprung up in the area in the first decade of the new century. Addition of a toll road helped increase traffic to the county in recent years as well, and the Washington Metropolitan Area Transit Authority’s new “Silver Line” is expected to be begin service in 2017.

The bulk of company revenue still comes from building/selling new homes, though the apartment arm, Davidson said, has provided a steady cash flow and helped insulate the overall operation – and reduce the need for workforce reduction – during difficult periods in the housing market. The property development side operates on a separate business model, but also generates bottom-line impact.

And, because so many products are offered across the board, all age/income levels are targets.

The company was able to maintain profitability throughout the Great Recession and never sold fewer than 300 units in any one calendar year. Between 530 and 540 homes will be sold this year, Davidson said, but while prices have rebounded about 10 percent from their lowest point, they’re still “nowhere near” what they were when the market neared its peak in 2007.
Open floor plans with “flex space” are the most sought-after design element these days, he said, as opposed to traditional home models that were more defined by walls. Many customers are looking for outdoor living options as well, which has meant patios, screened porches and fire pits have become popular in a climate that’s amenable to outdoor activity for three seasons of the year.

“First and foremost, we have great locations, and the importance of that hasn’t changed at all in this business in forever,” he said. “But we tend to say that we have great locations and we execute better than anybody else. We do a lot of training in customer service to make sure that we provide a very good customer experience. Ninety-nine percent of my homes close with no outstanding items.

“We pride ourselves on taking care of the customer. Our homes are complete when we build them.”

The company controls 3,500 lots in the D.C. metro area overall, and it is immersed in a pair of planned communities – Stone Ridge (in Stone Ridge, Va.) and Broadlands (in Broadlands, Va.) – in which it sells commercial, residential and apartment properties, developed the infrastructure and installed amenities. It’s also building homes in, but does not own, the Brambleton community in Ashburn, Va.  An in-house supply company was created in 2007 to boost efficiencies. Architects are on staff at the supply company, which, Davidson said, helps maintain uniformity during the construction process for multiple homes and eliminates the need for Van Metre to buy supplies from outside businesses.

“It goes right out of the architect’s CAD 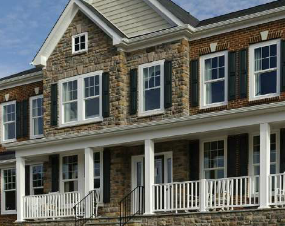 into a panel design, and I’m able to repeat the house over and over again, which speaks to quality,” he said. “I don’t want somebody in the same house type saying that a wall is different or something else is different. We have refined that by being in that business.

“If I was dealing with a supply company I wasn’t partnering with, or that wasn’t part of me, that would never happen. We’re able to work together efficiently, to make one and one equal three.”

The top company priority – with 3,500 units in its inventory and an annual absorption rate of 500 per year – is to expand lot supply by looking into new markets, based on a logical geographic extension of existing territory. Second on the future-focused list is addition of after-market business operations, such as remodeling, to further the connection with an already sizable customer base.

“It’s something that I don’t want to jump into headfirst without making sure that we have the right people to do it,” Davidson said. “But we recognize that it’s an obvious off-spin of what we do.

“We have a design studio that people pick out their finishes in and they walk through all the time, and it’s another way to monetize that. We’re doing $14 or $15 million worth of business in there and I’d like to turn it into a retail operation and expand our brand. That’s something that’s on the horizon, whether it’s this year or next year, but certainly within the next five years.” 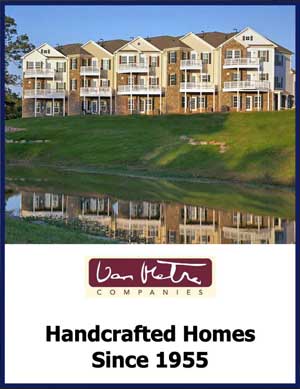