Such is clearly the case with the Copper Cellar family of restaurants, which will add a Smoky Mountain Brewery location in Bristol, Va. – a transaction which originated when the owners of an adjacent Cabela’s sporting goods store ate at the flagship restaurant in the family, Calhoun’s, and ultimately struck a development deal – when it opens early next year.

A second brewery and a Calhoun’s will follow, marking the organization’s longest stretch from its home city of Knoxville, Tenn. Still, in spite of the expansion, world domination is not on the agenda. “It’s a stretch for us to go that far out of the comfort zone, but we feel we have a good team in place and we’ll be successful doing that,” said Bart Fricks, the organization’s chief operating officer. “But I don’t see any time in the near future that you’ll see us popping up on every corner. We’ll have to wait to see how it goes. But anything even approaching that would be well into the future.”

A more short-term objective is the continuation of a process that began when the company was approached by personnel from Neyland Stadium – home of the University of Tennessee’s football team, which seats more than 100,000 fans – to open a concession stand on game days. 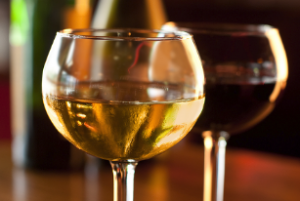 Two stands were open and drew rave reviews during the 2013 season for the Volunteers, and stands have been opened at Thompson Boling Arena, which hosts the men’s and women’s basketball teams along with concerts and other special events.

“It’s an avenue in our backyard where we don’t have to build or invest tons of money,” Fricks said. “We just go and do what we do well, which is serve good food. It’s another growth vehicle in the city of Knoxville and it provides tremendous brand exposure for Calhoun’s. “We think it’s a win-win for everyone involved.”

The mission to provide quality food with quality service at competitive prices has yielded a multi-decade dynasty for a company that owns its own trucks and does its own driving to supply its restaurants. It houses its food supplies and ships from a centralized Knoxville commissary facility. The owner’s wife and two daughters all play integral roles in design, marketing and management.

In all, nearly 1,400 employees are a part of the process.

“In a day and age of chains and cookie-cutter restaurants, we try to stay away from fads and from chasing what’s popular at the moment,” Fricks said. “Good food has always been popular. It’s not a matter of who has the latest gimmick. We base our operation on community involvement, excellent service, how clean we keep the restaurants. Those are the things that never go out of style.”

The tradition began in 1975 on the Cumberland Avenue strip in Knoxville, where owner Michael Chase opened his first Copper Cellar restaurant – a classic steakhouse – just a short jaunt from the sprawling University of Tennessee. Another Copper Cellar followed soon after, before Chase decided to change course and expand the brand with Chesapeake’s, which offers an array of seafood.

It was a risky move to tweak a successful recipe, but passion won out over practicality.
“The first two restaurants were Copper Cellars and they were very successful, but (Chase) is from the Maryland area and he likes to eat,” Fricks said. “He’s very passionate about food and he wanted to offer a variety of options for his customers.” 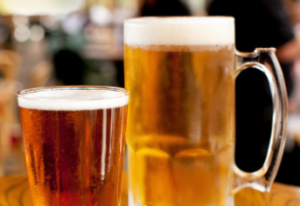 More evidence of Chase’s entrepreneurial acumen came with his fourth restaurant, Calhoun’s, which entered an already crowded barbecue space in the area and initially failed to distinguish itself as a casual restaurant compared to the fine dining experiences Chase offered at Copper Cellar and Chesapeake’s.

Seeking to establish the fledgling brand in an unmistakably visible restaurant site or figuring what he wants on the menus,” Fricks said. “It’s been about 20 years since we started doing the beer. Everybody seems to be doing it now, but he was thinking about it 20 years ago. He had a vision and he wanted to produce his own beer.”

Chase recruited Marty Velas to become his brewmaster and quickly took advantage of the Californian’s unique approach as not only a connoisseur of the beverage, but as an expert on the chemistry that’s necessary to consistently brew high quantities of quality-tasting stock. That over-the-top attention to detail is vital at each step in a brewing process that, unlike a restaurant kitchen, can result in significant time delays and loss of materials if it’s not done correctly.

“If we’re cooking a steak and we burn it, we can throw on another, apologize to you at the table and have your dinner to you in 15 more minutes,” Fricks said. “The quickest batch of beer takes two weeks to brew, and if you make a mistake with it you’ve got to start all over. The seasonal beers take six to eight weeks and if you mess one of those up, you’re out of that one for the season. “It’s one thing for a couple buddies to brew beer in a basement. This requires someone who knows how things are supposed to work and who understands the quality and the science of beer.”