The MD Charlton Company Ltd. was founded in 1980 and purchased in 2002 by Alec Rossa. Rob Cook is the company’s Vice President and National Sales Manager. MD Charlton is a leading supplier of firearms, accoutrements, and other types of equipment and clothing to Canadian police forces, the Canadian military, other law enforcement agencies, and security professionals with quality products and superlative customer service. “MD Charlton became an innovator and disrupter in the industry very early on,” according to Rossa. “In 1991-92, it introduced pepper spray and expandable batons into the Canadian marketplace. In 1999, it introduced the Taser, and finally moved into its first facility.” 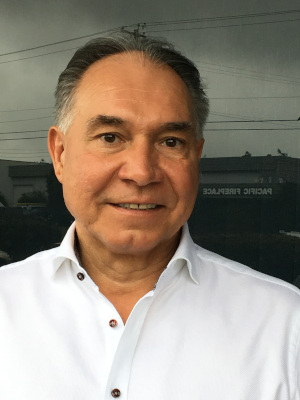 Rossa, himself, came to MD Charlton by a rather circuitous route. He began in the photocopying business in Vancouver Island, where MDC, as he calls it, is home-based. “We were the distributor for Ricoh, Toshiba, and Friden-Neopost postage and mailing equipment,” he says. “I sold that business in 1995, and then at the age of 34, I was able to semi-retire. About that time, I was doing a lot of trading in the stock market and I had a couple of other companies, and I started to become a dealer and salesman for a company that did currency exchange. My brother was a staff sergeant for the RCMP, and he suggested I reach out to MDC. So, I started doing a lot of money exchange for the company. At that time, MDC had about 15 employees, three brick-and-mortar buildings, and was doing about $4 million a year in revenue.”

“Fast forward to this point and MD Charlton has become the largest equipment distributor in Canada,” Rossa continues. “Our head office is in Victoria, British Columbia; we have a retail store in Langley, BC. We also have two main warehouses – our main one, a 15,000-square-foot facility is in Mississauga, Ontario. Two years ago, I established another warehouse, next door to here, which is a 6,000-square-foot facility. We also created an office in Ottawa for the head office of the Canadian Royal Mounted Police and for the military. We work with the Canadian Special forces on unique requirements. We’re the exclusive distributor for a group of the Sig Sauer family of products, which includes Mauser, Swiss Arms, JP Sauer, Sig Sauer optics, and suppressors. We’re also the trainers to the trainer; we facilitate training to the police departments and military in pepper spray, Taser, use of force, handcuffing, and less-lethal chemical munitions. So, coast to coast, we have 60 employees; we have 27 inside and outside sales people.”

According to Rossa, eighty percent of MDC’s products come from the United States, 15 percent comes from Europe, and the other five percent comes from Canada. Seventy-five percent of the company’s business is with various Canadian law enforcement agencies – “anyone from the Vancouver Police Department, to the RCMP, to certain attachments, to the OPP (Ontario Provincial Police), the Montreal Police, the Newfoundland Constabulary, etc. There are approximately 60,000 policemen in Canada.  They put out bids for certain products and accoutrements they require,” says Rossa. “Another 15 percent is dealer sales. We distribute to about 100 dealers in Canada – accoutrements, and firearms “ 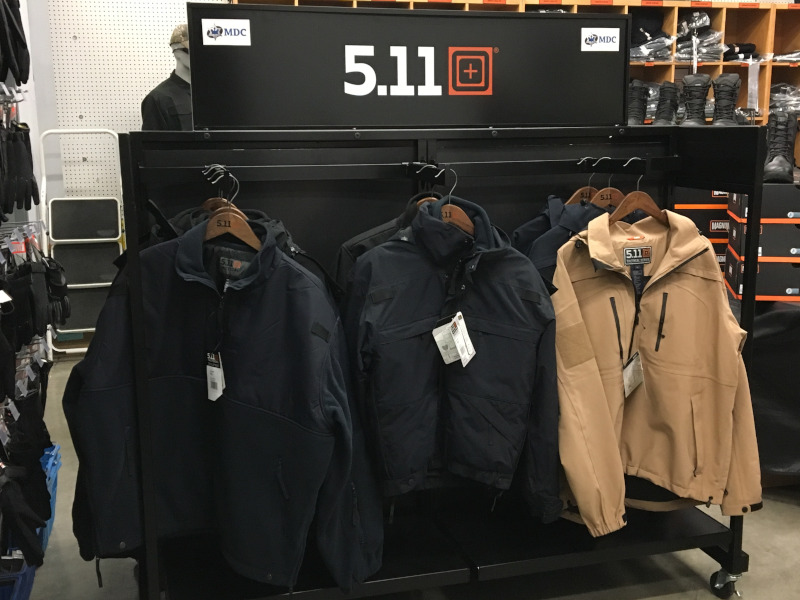 Regarding competition within the sector, Rossa says that, originally, there were two main competitors – MDC and a company called R. Nichols. “We were serious competitors,” he relates. “But, for instance, I carried Pepsi, he carried Coke; I carried Kleenex, he carried Charmin. So, we had different lines that we carried. But, in 2010, the company was sold to a venture capital group and in 2014, they went bankrupt. So, there was a big disturbance in the marketplace. When that happened, a lot of ex-employees of R. Nichols, and smaller companies came in, and started setting up shop, but, we’re the largest. I’m not exclusive, I’m exclusive for lines. The thing I pride our company upon is that at MDC, we’re innovators; we’re constantly looking for new products and technologies to bring into the Canadian marketplace. When we bring those, our salespeople go in and demonstrate the products to the agencies, to their training sergeants, to the training academies in each province, so they can bring it to their hierarchy to see if they can acquire the technology.”

Speaking of new technology, Rossa says that MDC recently put out an RFP for a new ERP (Enterprise Resource Planning) system. “We’ve been hand-tied for technology for some time now,” he notes. “It’s been one of the difficult parts of the business; we haven’t been able to find the right software to focus and run our business, because it’s a unique business. We’re dealing in multiple warehouses, multiple currencies, and multiple lines from retail, to controlled goods, to non-controlled goods. Finally after a two-year search, we narrowed it down to a company which was local in Mississauga, called Profit solutions inc. ERP123. We signed a contract back in March and we’re in the process of going through that implementation.  I hope that within the next six months it will be smooth running, and we’ll have quicker data and more reports available to us, and a brand new website. We’re going to be doing business over the internet, basically, through portals and exclusive arrangement for particular industries. We’ll put everything that you want to buy from us in a special portal; your people will go on and select these items; they’ll be automatically priced out; and shipped to you the next day. So, we’re working on a lot of automation and changes, because if we don’t change, we’re going to die.”

One reason that MDC has to upgrade its systems is because it continues to grow quickly. In fact, the company has been on Growth 500’s (formerly Profit 500’s) Fastest Growing Companies list four years in a row. Rossa adds that its success is largely based on its relationships with approximately 100 suppliers. “We try to make relationships with our suppliers as partners,” he states. “That’s the reason for our growth; there’s been support from our manufacturers. Our top five or six lines are Taser International, which is now called Axon. We’ve had a relationship with them since 1999. We also deal with Sig Sauer, the manufacturer of pistols, rifles, and they’re always coming up with innovative products within their group; we’ve been in a relationship with them for the last ten years. Point Blank Body Armour – we’re the exclusive distributor for them in Canada and they’re always cutting edge with the lightest, the fightest, the brightest body armor to save our military and police forces in Canada.  511 – it’s everything from footwear, to clothing, to flashlights, to bags, to backpacks; it’s quickly become a staple for us. And then there’s CTS, which is a chemical manufacturer of tear gas and pepper spray. We’re also the distributor for some high level products – we’re exclusive for Canada Goose in the tactical marketplace and policing industry and the Coast Guard. So, we’ve got some well-rounded brands.”

Rossa wants people to know that MD Charlton has been providing quality products and great service for 39 years. “And we stand behind and warranty everything that we sell,” he says in conclusion. “We continue to want to work on our systems and our growth and, I foresee, by 2024, MD Charlton will probably be between a $75 and $100 million company. And we still have people picking up the phone and answering, saying ‘How can I help you?’ instead of you getting lost in voicemail.” 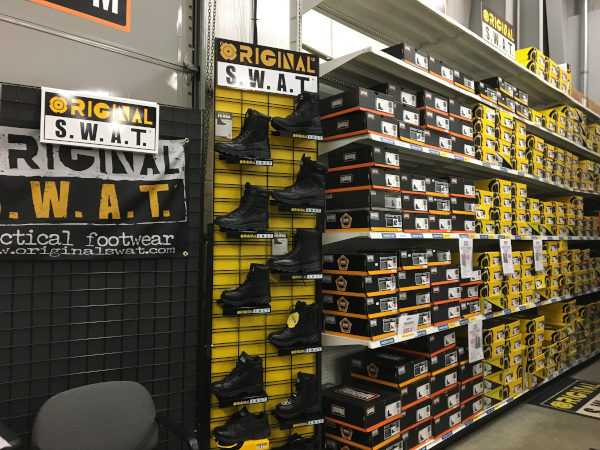 WHO: The MD Charlton Company Ltd.

WHAT: A distributor of police and tactical equipment