Diamond A Equipment – A diamond in the rough 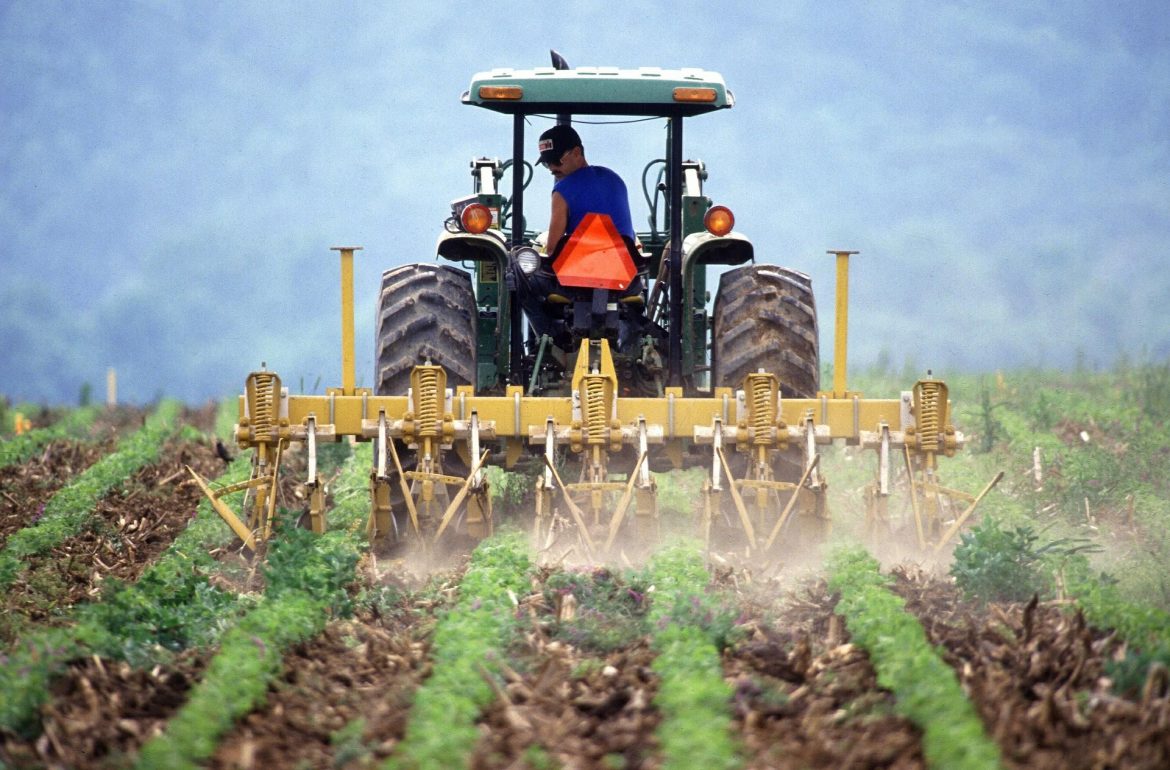 Business View Magazine interviews Patrick Frank, Regional Manager of Diamond A Equipment, as part of our focus on the construction industry.

Diamond A Equipment, a full-service agricultural and construction equipment company, began as a single, heavy equipment dealership in Oxnard, California. An area of rich farmland along the state’s southern coast, and some 60 miles west of Los Angeles, Oxnard is known for many crops, including cucumbers, sugar beets, lima beans, and, most notably, strawberries, which are planted and harvested each year, between December and July.

In 2008, that original company was purchased by Ahern Rentals, one of the largest independent rental companies in North America, and rebranded as Diamond A. In 2011, a second Diamond A facility opened in Santa Maria, a city in Santa Barbara, California, some 150 miles northwest of L.A., and equally rich in agricultural production – strawberries, wine grapes, celery, lettuce, peas, squash, cauliflower, spinach, broccoli, and beans.

“In 2014, we opened a small satellite facility in the northern part of L.A. County,” says Patrick Frank, who first came onboard as General Manager of the Oxnard facility, and is now the company’s Regional Manager. “And, in 2017, we opened a fourth location – a large facility in Long Beach, California. We’re a full-service dealership at all the locations; we have a retail parts facility where we ship and deliver parts. With our service facilities, we have both in-shop and in-field repair, depending on the need of the customer and the convenience requested.”

“We primarily represent two major brands: Case and Kubota,” Frank continues. “Diamond A out of Oxnard and the Santa Maria locations are Case Construction and Case IH (Agricultural and Farm Equipment), full-branded stores. In addition, the Oxnard and the two Los Angeles stores carry Kubota. Santa Maria is a standalone Case Construction and Case IH store; Oxnard is a Kubota and a Case full-line store; and the Los Angeles 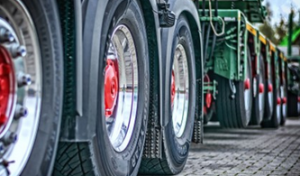 markets are Kubota only stores. In addition, there are attachments and short line brands, such as Land Pride, Walker, and Gearmore that we also distribute out of all our locations. Up in the northern part of the territory – Oxnard and Santa Maria – it’s primarily an agricultural-based area, so we deal quite extensively with the row crops, the citrus, and the vineyard customers. As we head south into Los Angeles, it tends to be more of the construction and land management type customers.”

In addition to selling new equipment, Frank says that Diamond A is heavily invested in the rental side of the business, as well. “One of the big changes that’s occurred in the California agricultural market has been the fairly dramatic shift from a customer base that, 25 years ago, was 70 percent retail purchase and 30 percent rental, to one that is 70 percent rental and 30 percent retail,” he explains. “So, those numbers have almost flipped. What’s happened is that the growers have become more educated about their crops and their equipment and determined that they just need seasonal usage – one for ground preparation, where they typically use heavier equipment with higher horsepower and different attachments that can plow fields and get the ground prepared. That’s about a three-month usage.

“Then, when they’re in the production mode, when they’re actually producing and picking, whether it be strawberries, grapes, lemons, avocadoes, or oranges, then they need a different type of tractor. When they’re in more of a harvest mode, they’re pulling gondolas and trailers around, pulling the fresh fruit off of the plants or the trees, putting it into some sort of a container, and then loading that container onto a truck out in the field, which then gets moved to some sort of a facility where they can refrigerate or freeze it before moving it out to market.”

In addition, Frank says that as California farms have become more corporately-owned, the use of rental equipment has made better economic sense, since renting equipment is listed as an expense in the financial reports, and owning is listed as an asset. “Most of the farmers still retain a base level of equipment that gets used year round,” he adds, “but when they’re in their heavier times of production or ground preparation stages, they increase their rental fleet, dramatically.”

While Frank admits that Diamond A must compete with much larger companies such as John Deere and Caterpillar, he believes that his company’s advantage lies in the knowledge and experience of its 35 employees across the four store locations. “There’s ongoing training with all of our employees,” he states. “And when somebody is looking for a solution, and they’re not exactly sure how to get there, our extremely experienced employees know how to ask the right questions to get to the best possible one.” 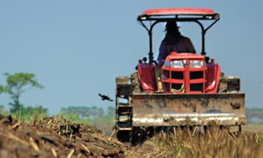 A is looking to continue to expand its territory, following the recent trend of consolidation in the heavy equipment sector. “I’ve been in the heavy equipment business since 1990,” he recounts. “Back then, there were more single point dealerships; your traditional mom and pop type locations. But now, it just makes more sense to have a bigger geographic footprint, so that you can move equipment amongst multiple stores. If you’re a single point dealer, you don’t have that ability.

“What we’ve seen in the ag rental business, is as you get more locations, you’re able to increase your utilization because one market – Oxnard, for us – starts about two or three months before the Santa Maria market, so we’re able to move equipment, first to the Oxnard market, and then, when they’re done with ground preparation, move that equipment north to Santa Maria so it can be used up there. So, when you have a bigger geographic footprint, it certainly gives you more of a competitive edge.

“And I would say that all the manufacturers are trying to push their distribution in that direction, where they’ve got one dealership that covers the larger territory, as opposed to multiple, smaller dealerships. We have a good relationship with Kubota; we feel that they are one of the leading heavy equipment dealers for both construction and agricultural. We are looking for locations that might be available for sale, or open points for Kubota, where we can continue to expand the brand.

“Also, the equipment industry is very capital intensive. So, it requires a large outlay, and what you find is that it becomes very difficult for smaller, single point locations to be able to survive, particularly when you get the ups and downs of the markets that make it much easier for a larger, well-established business to prosper.”

Hoping to expand the company’s location points over the next several years, Frank notes another competitive advantage – its relationship with sister company, Ahern Rentals.  “They have close to a hundred locations across the country and we’re able to do some additional joint type businesses in the same geographic area. We’re working on that in Oxnard and Santa Maria, where we’re putting the Ahern Rentals sales force together with the Diamond A sales force. They have different types of equipment from what Diamond A has, but the same customers can use equipment from both sides. So, we’re seeing an opportunity to expand our exposure with those customers by doing business together with our sister company.”

In the rugged world of heavy equipment, Diamond A is truly a “diamond in the rough.” 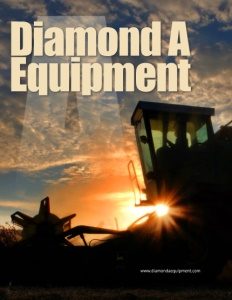