Commitment to community is a professional necessity at FSG Bank.

“If we say we’re going to be committed, that has to have legs,” said Michael Kramer, the bank’s chief executive officer since 2011. “It means having measurable points of accountability to demonstrate that is more than words, but actually measurable in terms of making a difference.”

FSG executives, when not tending to in-bank needs, are just as often found in service on boards of directors and with volunteer organizations ranging from chambers of commerce to the United Way. And because so many of the leadership personnel are new to the bank’s headquarters home turf in and around Chattanooga, Tenn., getting out serves more than just a superficial purpose.

It’s the day-to-day groundwork for a business that thrives on relationships.

“As a community bank, we live and die by how well we treat lots of small clients,” Kramer said. “That’s a good thing, for one, because we have smaller risk exposure. But this also means better service for the customer. We have to treat all of our clients great because our business is about the value of long-term relationships. At larger banks, the focus can become all about the transaction as opposed to the people behind it. We believe the relationship is more important than the transaction.” 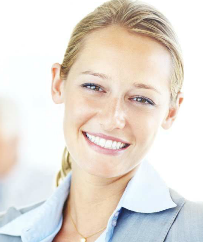 FSG is the only publicly-traded financial institution of its size in the region, which gives it a scope comparable to large entities in other major metropolitan centers while it retains the person-centric approach Kramer mandates, which is typically found among much smaller competitors.

Both elements have helped the bank regain momentum following a tumultuous stretch during the economic downturn, which saw FSG’s parent company – First Security Inc. – lose $35.4 million in 2009, $46.4 million in 2010 and $25.1 million in 2011. Kramer was hired in December 2011 to replace founding CEO Rodger Holley.

The subsequent growth strategy, Kramer said, has not been based on quick recuperation, but rather a steadying long-range plan that looks five and 10 years into the bank’s future.

“No one can predict with absolute precision, but our market is robust and our plan is in tune with our markets, and these are good markets which are growing,” he said. “We intend to grow with them. (We have been) building the foundation for what should be years of good news for our bank, our shareholders, our clients and our communities.”

The bank was initially incorporated in 1999 when First Security acted in what it viewed as a market looking for community banking services from an entity that was locally based, rather than headquartered far from the East Tennessee/North Georgia environment. More than 30 branches were opened and business was good until the aforementioned struggles arrived – thanks largely to a heavy lean toward real estate loans in what became a historically bad market – complete with scrutiny from regulators and a relegation to receivership status.

Kramer was brought on after a national CEO search and brought with him the new collection of executives with a stated intention to wipe the slate clean and start anew.

“This is a turnaround,” he said. “The management team is new, the board is new. We’ve put in place everything necessary to complete cleaning-up the asset quality issues that were a byproduct of the economic downturn. We’ve been engaged in raising capital, have added new products and services, but more than anything, we’ve created a culture of accountability.

“We feel all the track has now been laid, and 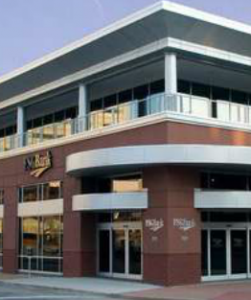 we’re ready to put the locomotive on it.”

Success arrived when the bank’s course was returned to the one set by the initial mission statement.

“Part of the appeal of this market is the number of small to medium-sized businesses,” Kramer said. “This region has always been a great place to do business. Just consider operations like the Oak Ridge (National) Laboratory, or the Volkswagen manufacturing plant or Alstrom. We have large businesses which have helped spin-off a great number of smaller businesses. We will still pursue the right real estate opportunities, but we can’t focus the whole bank on that segment. Those days are over.”

The new FSG aims to effectively deploy capital and make credit available to better the functioning of business, which, in turn, helps provide a prosperous community and enhanced quality of life for locals.

“We are a bank that genuinely cares about the people and the communities we serve,” he said. “We genuinely believe our bank makes a difference in the lives of individuals, and if our communities are doing well, our bank is doing well.”

The Fountains at Carlotta – Home for... 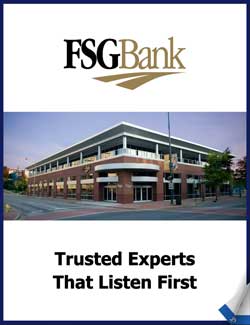