The Matt Laricy Group – No longer the little guy 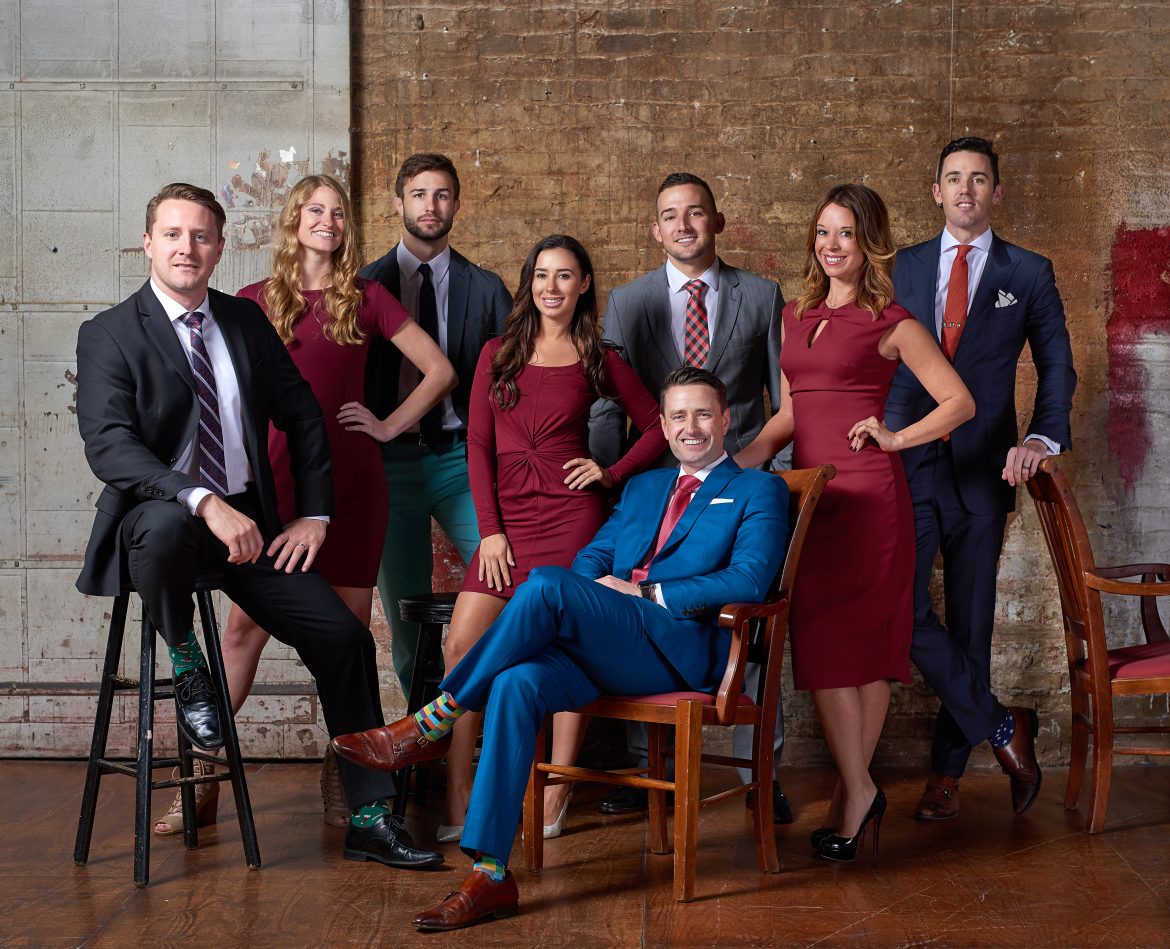 “I feel like we’ve always been the little guy; like Steve Jobs in the ‘80s going against IBM,” says Matt Laricy, founder of the Matt Laricy Group, a division of Americorp Real Estate, in Chicago, Illinois. “We’re always David versus Goliath, but we’re constantly coming out above. If you look at the top agencies in Chicago, we’re the only one that’s not with a big affiliate, the only one. And every day, someone tells us we can’t succeed in a big city like ours without that backing; that we’ll fail at some point. And each and every year, not only do we prove them wrong, but we consistently grow.”

“I’m a third-generation realtor,” Laricy continues. “My grandfather was in real estate; my father started the company; and I always knew as a little kid that I would get into real estate. When I graduated college in 2006, I was already licensed and started selling in South Chicago. I realized that the Southside market was not what I wanted to do, so I took the company downtown in 2008, which was one of the worst housing economies that America had ever seen. I don’t have any money; I’m 23 years old; we don’t have an office in the third largest city in the country, so it may not have been the best idea. But, where there’s a will, there’s a way.”

“I hustled and built the group to where it is today, and we’ve been growing rapidly ever since,” he recounts. “My best year ever was $5 million in sales; then I went to $10.4 million; to $18 million; to $39 million; to $69 million; to $105 million; to $125 million last year; and this year, we should do $140 million. So, our extent upwards has been tremendous. We grew so much, that in 2013, I started the Matt Laricy Group. I got a storefront in River North, which is in the heart of the downtown Chicago market.” 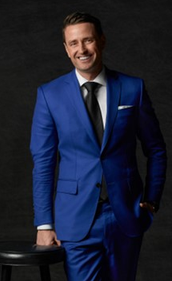 Solely a residential real estate company, the Group works the Windy City’s downtown neighborhoods: River North, Streetville, Gold Coast, Old Town, New East Side, West Loop, South Loop, Lincoln Park, West Town, Wicker Park/Bucktown, Lakeview, Logan Square, and The Loop. “It’s not big parcels of land, but there are a lot of people in those parcels,” Laricy states. “Our clients are anybody that buys, sells, or invests in the downtown markets.” The Group consists of seven members – five full-time brokers, an executive assistant, and a full-time creative marketing director.

Laricy believes that one key to the Group’s success is its diversification. “A lot of brokers, when they get bigger, they only want to work with a million-dollar buyer or seller. The problem is when the market gets bad, the rich always hold and you lose everything – and we’re straight commission,” he explains. “So, I sell $200,000 places to first-time, 24-year old buyers, and I’ll sell a $7 million place to a 45-year old CEO of a billion dollar company. It’s good when you have your foot in the door of every single price point, because then it’s really easy to predict the market. I meet with at least three or four people a day who are looking to buy or sell, so I’m collecting data, myself, all day, every day.”

Another differentiator is Laricy’s punishing work schedule. “We work harder than our competition,” he declares. “I sleep four hours a night; I work seven days a week; I take 18 days off, a year. I have a three-to- four-hour turnaround time. Any time you call me, I get right back to you, so our response time is great.

“Also, we’re always embracing technology. For instance, I’m taking listings off my website. Why is a real estate company taking listings off their website? The reality is that with Zillow, and Trulia, and real.com, and homes.com, and HomeFinder, and all these other sites, having listings on your site just clogs it up. People want to go to your site to see who you are, where you work, what kind of technology you have to offer, and then they’ll go on the other sites to look at properties. It’s ideas like that that help keep us at the forefront.”

Finally, he adds, “I’m a straight shooter; I call ‘em like I see them. I am who I am. I feel like most realtors are like used car salesmen. I care more about a relationship than a sale, because if you have a good experience with me, you’re going to tell your friends and family members about it and then you’ll use me and they’ll use me and recommend me to other people. It’s a snowball effect, and I think a lot of other people don’t see the bigger picture; they see the short-term paycheck.”

Laricy reports that his long-term goal 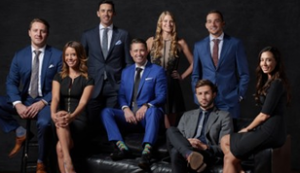 is simple: “To be the number one agent in all of Illinois. Right now, we’re number four; last year, we finished at number five. The number one guy is leaps and bounds ahead of us – he’ll probably finish at least a hundred million more than me, this year, but that’s always the goal. And I believe the tortoise wins the race. Sometimes, you could get bigger, but if you grow too quickly, it ends up toppling and failing. The quality goes down, you can’t control as much. Can I add ten agents on, today, and hit $300 million? I’d be surprised if I couldn’t. But the reality is that I think my quality would suffer so much, than I’d rather take my time. I’m making sure that when we do grow, we grow at the right pace. So, it might take me another two years to get to number one, but that’s going to happen. And when we get to number one, my next goal is to get to be the number one agency in the world, which is not that far off, because, if you’re number one in Illinois, you’re not that far behind the guys in New York and California.  And, once we conquer that, I’ll probably decide to get out of the sales role and just build the company to be the biggest in the world. People want to work with people who know what they’re doing and that’s something I can offer all day long. Right now, I’m having fun in the field, but way down the line, I’ll go the route of building up the best company.

“Right now, we’re a boutique company. My saying is: ‘think big, choose small.’ Our goal is to provide the best customer service possible. We run a well-oiled machine from start to finish. The minute we get a hold of you to the minute you close, we have a system in place to make the home buying or home selling process as easy as possible. We’ve created systems through Google applications to make it so, wherever you are in the world, you can pull a document to make sure you’re on track. Our goal is to perfect that even more than it is, to make it easier for our clients. Also, everybody in my group is either a family member or someone I’ve grown up with. And people who work with us get that sense that we have not just the pride of trying to be the best we can be, but we also have that family environment, and people really enjoy that fact.”

Being the little guy in a city of tens of thousands of real estate agents has never dulled Laricy’s enthusiasm for the business, nor his belief that being number one is an achievable goal. Already, he has been named one of the top 30 agents under 30 in the country by the National Association of Realtors, as well as making REAL Trend’s list of the top 1,000 agents, nationwide. And for any other Davids out there in a world full of Goliaths, he has this advice: “For those who want to quit their job and start a business, and are told, every single day, that they can’t do it, I think it’s important to tell these people that they can do it – if they try.”

WHO: The Matt Laricy Group
WHAT: A residential real estate firm
WHERE: Chicago, Illinois
WEBSITE: www.mattlaricygroup.com 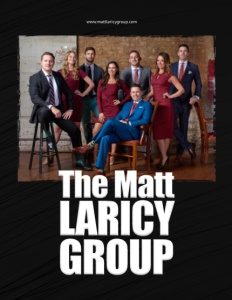