Business View Magazine interviews representatives of Fillmore, California, as part of our focus on economic development in American cities.

Fillmore, California is a paradise. Located one hour from Los Angeles and just thirty minutes from the Pacific Ocean, the city appointed itself “the last best small town in Southern California” about 15 years ago. It’s an identity that it still very much holds to today.

“People rarely think that 60 miles northwest of Los Angeles, there’s actually a community that not only goes back in time and looks like Anytown, USA, but also has all of the modern conveniences,” says Ernie Villegas, Fillmore’s Special Projects Manager. “I was a former mayor here. One thing that I’m proud of is the ability for our city to have effective leadership in moving us forward.” Fillmore, California has a population of approximately 15,600, but the city anticipates that number rising to 23,000 once it’s completed some of its current ongoing projects. “Right now, we have five or six developments underway,” says David Rowlands, City Manager. “We have a traditional single-family housing development with more than 300 units being built. We also have KB Home development, which has just begun construction.” 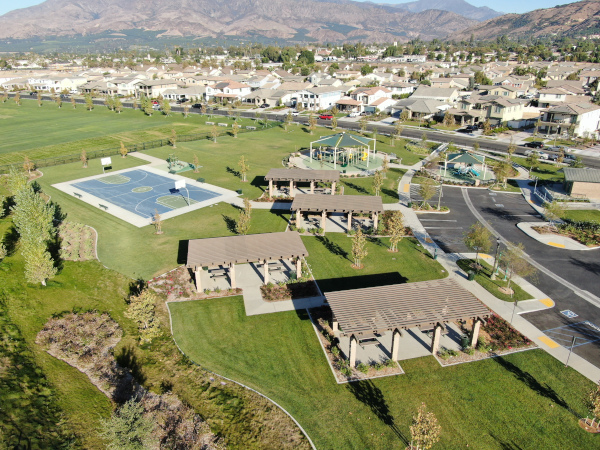 “The KB Home condominium project has a total of 104 units, seven of which are affordable housing units that is under construction,” says Kevin McSweeney, Community Development Director. “We have 76 units of single-family detached homes, called Iron Horse Rollover I and East Bridge consisting of 133 detached condominiums under construction. There are another 90 units in Iron Horse Rollover II and 160 units in the Groves being proposed that is not yet approved. And, within the last 2 years, 166 units and a new park have been completed.  All of this represents the new neighborhood called the Bridges. There is a new application for 135 single-family detached units in another location of the City from a developer called Williams Homes. Sonic Drive-In submitted for plan-check  and we’re converting an old vacated packing plant into a multi-use crafts and hobbies building.”

“One of our more exciting projects is a church conversion into 26 apartment units, complete with an art studio space and potential zoning for restaurants,” shares Rowlands. “We just approved another affordable housing project of more than 75 units in the past three months, and an additional 65 units of affordable housing in our downtown core. We’re doing our best to provide affordable housing in Ventura County, while meeting state requirements.”

“We also have some far-ranging projects planned,” says McSweeney. “We’d like to update our downtown plan and our North Fillmore plan that covers 100 acres and 350 units that we’re beginning to process and hope to have approved by February 2020.” “The North Fillmore Specific Plan is looking at expanding the infrastructure for the sewer lines in that direction,” says Rowlands. “That’ll be on the developer’s agenda. They’re the ones putting the project in; same with all the other projects. Another thing we need to do moving forward is open the ground up to install fiber optics and other forms of connectivity with our current residents and the future businesses coming to town. In terms of our infrastructure, we have a state-of-the-art water treatment plant that’s below capacity and can handle the new projected growth for the city. It was built for a population of 35,000, so there’s plenty of capability out there for a water reclamation plant. It’s now really up to the developer to extend the current utility line to their project to make it work.”

“We’re anticipating changes in the surrounding environment for the next 10 years,” says Villegas. “Twenty miles to the east is a major development project in Santa Clarita of 26,000 new homes, which is expected to house 70,000 people, and then another 1,500 homes just 12 miles to the west are being built in Santa Paula. Fillmore, California is in a time of transition. We’re partnering with our neighbors to form a robust regional economic development strategy.” 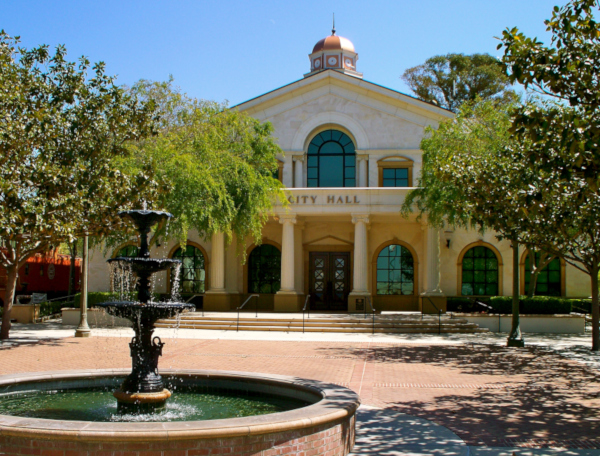 In addition to building more housing options in Fillmore, the city is also focused on recruiting new business by way of its “Destination Fillmore” strategy. “We used to be considered a city that people would pass through on their way to Ventura or Santa Barbara,” says Villegas. “There’s now a lot more interest in Fillmore, California. We’re accessible to Los Angeles, so we came up with a plan designed to promote business and expansion to maximize our revenues and enhance the quality of life our residents have. It really focuses on transforming our town, changing the climate of how we do business, giving us the ability to recruit businesses that are focused toward the downtown core where people come here for our restaurants, our concerts, our car shows, things of that nature. We have the Fillmore & Western Railway Company train that people can use to travel between Piru, Fillmore, and Ventura. We also work closely with the film industry. There’s a lot of film production here. ‘Destination Fillmore’ is really designed to transform our town into a landmark of Southern California. We’re actively pursuing the development of hotels and other accommodations to further embrace what’s going to be happening with our regional economic strategy.”

Destination Fillmore appears to be working – it’s already drawn new industries to town. “We just brought in Rotocraft,” reveals Rowlands. “They’re a helicopter repair company. They employ about 80 people, year-round, with an additional 50 or more staff brought in seasonally for firefighting calls throughout California.” “We also approved and opened a storage company called Nova Storage,” adds McSweeney. The local-focused strategy highlights some of Fillmore’s more established industries as well – Ameron is one standout company that produces spun-cast concrete poles, steel traffic lights, and fiberglass utility poles for the city.

Green programs have been another successful promotional tool and area of emphasis for the city’s development strategy. “Lots of our new housing developments are required to have solar panels on the rooftops of the homes,” explains Rowlands. “We also have a packing house which houses various entrepreneurial businesses. We’re a very agriculturally-based community. The school district and the city itself employ many of our residents too.” “We work closely with our trade and labor organizations,” adds Villegas. “They’re very interested in putting facilities here, a training center of sorts, so that they can focus on providing students with technical education for construction and developing businesses so that we can build our own solar and wind energy equipment. The trade organizations are very much in tune with that. They’re already working with our utilities. That’s going to be something that we’ll be moving forward with.”

What was once a small city people passed through on their way to somewhere else has become a flourishing community and a proper destination city, drawing people in for a closer look. Fillmore, California may be the last best small town in Southern California, but it appears poised for growth and development in all sectors of the economy.

WHERE: Ventura County, California, in the Santa Clara River Valley

As Ventura County’s largest, family-owned homebuilding company, Williams Homes is proud to bring more new home opportunities to cities throughout the region.  From state-of-the-art design and construction to outstanding customer service, we offer a wide range of detached and attached floorplans that include entry level homes to luxury residences.

ShowHauler Trucks Inc. – The Leader in...