Antigonish, Nova Scotia Who could want for more? 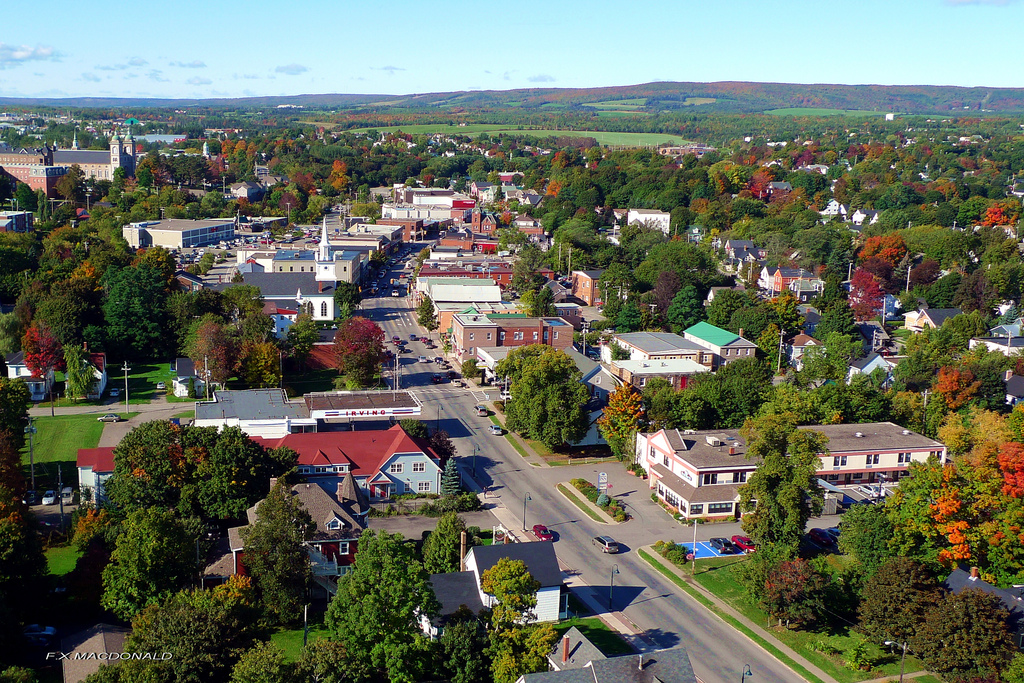 Business View Magazine interviews representatives from Antigonish, NS, as part of our series on sustainable Canadian towns and cities.

The first European settlement took place in the area that became Antigonish, Nova Scotia, in 1784, when Lt. Colonel Timothy Hierlihy, of the Royal Nova Scotia Volunteer Regiment, received a large land grant surrounding Antigonish Harbor. Hierlihy and his party founded the Dorchester settlement, named for Sir Guy Carleton, who was Governor General of Canada and subsequently Lord Dorchester. By the late 1820s, Dorchester was commonly referred to as Antigonish.

St.F.X. was established in Antigonish in 1855. It was originally a Catholic seminary but was granted full university powers in 1866 by an act of the Nova Scotia House of Assembly. In the 1920s, the university was the source of the Antigonish Movement, which was led by a group of priests and educators, and whose objective was the blending of adult education, co-operatives, microfinance, and rural community development to help small, resource-based communities around Canada’s Maritimes improve their economic and social circumstances.

Today, Antigonish is still a small, but bustling rural town of approximately 5,000 – a number that almost doubles when the university is in session. St.F.X is still one of the town’s largest employers, along with St. Martha’s Regional Hospital. Preserving Antigonish’s small-town feel coupled with the necessity of providing services and amenities to its local businesses and residents, is partly the responsibility of Mayor, Laurie Boucher, and Town Planner and Development Officer, Brynn Nheiley.

“Over the past year and a half, we’ve been working on amending our municipal planning strategy and land use bylaw with a focus on addressing housing needs in town, as well as to provide more flexibility to our commercial property owners,” says Nheiley. To achieve that, the town has been making use of what is known as form-based code as a means of regulating land development to achieve a specific urban form. Form-based codes are a new response to the modern challenges of urban sprawl, deterioration of historic neighbourhoods, and pedestrian safety in new developments; they use physical form, rather than separation of uses, as the organizing principle for built structures.

Nheiley explains: “Last year, for example, we created the ‘flag lot’ (so-called because of their limited street frontage) development opportunity, particularly in commercial zones, where residential flag lots  are permitted to be built behind traditional commercial property. That policy allows up to a seven-story building with a floor area ratio of 2.0, considered high density for the Town of Antigonish. The intention there is to establish a more walkable community and to provide as much support to our business community as possible.

“Most recently, the Mayor spearheaded updating an initiative called the ‘Commercial Periphery Zone Overlay.’ At the edges of our commercial district, we are allowing for form-based code to create a building that looks like, and can potentially operate as, a commercial building with retail or service at ground level street front, but in particular areas we would allow for entirely residential use, while preserving that commercial look to the building.

“On the flip side of that, residential areas which abut against our commercial houses can now operate entirely as a business. Again, we are using form-based code to preserve our historic residential neighbourhood look, inside that traditional looking home. We see this as a great opportunity to incubate new business in town and, again, focus on creating that walkable neighbourhood and supporting our businesses with more population living close to where their shops and services are.

“It’s only in designated areas; we didn’t want to put any risk, for example, to the heart of our Main Street – it is important to us that those storefronts operate as store fronts. But on the fringes of our commercial/residential transition zones we wanted to allow more of a market demand as to whether those operate as commercial or residential. We see a wide range of opportunity – for example a clothing retailer or a café could open up in designated residential spaces, as long as the aesthetic of the property continues to look like our traditional neighbourhood homes.”

Tourism is also one of Antigonish’s main economic drivers, along with the university and the hospital, and Boucher says that a lot of the town’s small businesses rely on the tourism season to supplement their annual income. “We’re investigating the possibility of a Business Improvement District,” she says. “So, we’re looking at other municipalities that have already accomplished this to see the pros and cons, and we’re looking at ways we can bolster our tourist season and make sure that people stop in Antigonish on their way either to Cape Breton or the Halifax region. We want to bring people in form other areas and we’re looking at the BID as a way to accomplish that.”

Even though it’s important for Antigonish’s leaders to preserve the best of the town’s past, they certainly are also looking toward its future. And part of that future revolves around green energy. “We are a little bit different than other municipalities,” says Boucher. “There are five municipalities within Nova Scotia that own their own electric utility, and we are one of those. So, we formed AREA – the Alternative Resource Energy Authority.” AREA is a consortium of three towns – Antigonish, Berwick, and Mahone Bay. Together, they own a windmill farm in Ellershouse, Nova Scotia and, today, Antigonish produces 30 percent of its electricity through wind power from that facility.

“We’re owners of seven windmills and some construction has now started on the third phase of our windmill farm,” Boucher says. “When phase three is complete, we will be producing over 40 percent of our electricity from wind power, and will probably be one of the only municipalities to reach the mandate set by the province for the year 2020. That’s something we’re very proud of and we pass that savings on to our electricity customers and constituents.”

In addition, Boucher says that the Town Council recently passed a motion to allow grid-tying, which means that homes and businesses that have photovoltaic panels on their roofs, to create their own  electricity, can tie back into the municipal grid to consume electricity when needed, or feed excess capacity back to the grid for a rebate. Since the wind farm consortium has worked so well, Boucher adds that the three AREA municipalities are now investigating the possibility of expanding their electricity generation to include solar technology.

Another aspect of Antigonish that gives this small town a progressive blush is its connection with the university, which Boucher characterizes as symbiotic. “It’s an equal relationship,” she avers. “They bring so much to our town, but we also offer so much to the university by providing a quality of life that makes it easy to recruit quality staff and quality professors. Also, when parents bring their children here to see if they want to attend St.F.X., often people will remark on the type of town that we are and they want to send their children here.

“On the other hand, as a major employer, the university is essential to the lifeblood of our town. We have students that work in our town. St.F.X. has a Service Learning program where students get credit for volunteering in the community. The students also coach many of our minor sports programs as well as tutor and mentor our youth. The university is a big part of who we are. When something good happens on campus, it’s good for the Town of Antigonish, as well. Something else that the university brings to the town is diversity. We have a lot of international students and professors. It enables our town to be progressive.”

Nheiley agrees. “Having the university in town causes us to have very vibrant and active community groups; we have amazing restaurants and other lifestyle amenities such as the stage theater; we have a movie theater that most towns our size cannot support,” she states. “For a small, rural community, it’s an amazingly progressive place. We have a resident base as well as the seasonal student population that pushes the town forward, which is fantastic.”

Boucher sums up Antigonish’s charms: “It’s a quaint town with a rich history. There’s a small-town feeling, but it still has the amenities of a city as far as our infrastructure, culture, and our community, which is thriving. We’re very close to trails and beautiful beaches, we have a huge sporting community; we have great places to shop.”

That’s Antigonish, Nova Scotia. Who could want for more?

WHO: Antigonish, Nova Scotia
WHAT: A town of 5,000
WHERE: Eastern Nova Scotia, across the bay from Cape Breton Island
WEBSITE: www.townofantigonish.ca

One Honda, One Hundred Thousand Trees 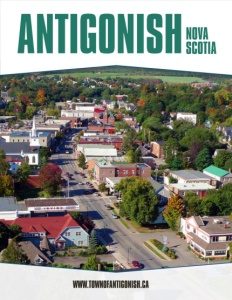