Jackson, Mississippi – The Best of the New South

The Best of the New South

Jackson, Mississippi, is the capital and largest city in the state. The region that is now the City of Jackson was historically part of the Choctaw Indian nation. It was obtained by the United States in the early 1800s, and settled by Europeans, who eventually pushed out most of the native population to lands west. The City was named after General Andrew Jackson to honor his 1815 victory at the Battle of New Orleans. Before the American Civil War, Jackson’s population remained small, particularly in contrast to the river towns along the commerce-laden Mississippi River; despite the city’s status as the state capital, the 1850 census counted only 1,881 residents. During the Civil War, Jackson became a strategic center of manufacturing for the Confederate States of America. Following the War, the city grew slowly, only coming into its own in the 1930s with the discovery of natural gas fields, nearby.

At its height in the early 1980s, Jackson had a population over 200,000. Today, with a diminished population of about 172,000, it still remains the anchor for the greater metropolitan area’s population of about 540,000. Jackson has a strong service industry that supports its primary economic drivers: government, education, healthcare, technology, and entertainment. The majority of small businesses in Jackson and the metro area are wholesale trade, retail trade, professional services, and accommodation and food services. Major educational institutions include Jackson State University, Belhaven University, Millsaps College, Mississippi College School of Law, Tougaloo College, and the University of Mississippi Medical Center.  As a result, Jackson has a student population of 40,000-plus students.

Government jobs, ranging from municipal to federal, employ approximately 40,000 residents of metropolitan Jackson. Manufacturing remains an important economic sector, as well, with nearly 500 manufacturers present in the area. Construction, distribution and trade, telecommunications, and travel and tourism are also vital to the local economy. One of the most promising economic sectors for Jackson is the automobile industry. In 2003, the Nissan Motor Co. produced its first truck in a new $930 million plant. In 2018, the Continental Tire Company will be breaking ground to build a new facility in the metro area, and expects to hire over a thousand workers.

Because of its diverse economy, Jackson was better able to withstand the negative effects of the Great Recession better than many southern cities; its unemployment rate topped out at only approximately seven percent. Today, the City of Jackson is focused on breeding, creating, and enhancing even more economic development and providing many incentives to attract both businesses and residents to help revive its inner city neighborhoods.

One such city program is called “Neighbors First.” Mike Davis, the city’s Business Development Manager, describes how it works: “The Neighbors First program is geared to give the community back to the community,” he explains. “In various communities, there are dilapidated properties that have reverted to the city due to not paying taxes. The program allows the neighbors of those dilapidated properties to be able to purchase them for little or nothing. It’s giving ownership of the community back to those who have a vested interest in it. We launched that program, this year, and we have close to 50 applicants. And we’re looking forward to being able to receive additional properties as they are reverted to the City, so that we can put them back into the hands of their neighbors.”

Another one of Jackson’s redevelopment programs is called “Greening the Gateway.” “The City of Jackson has a number of different gateways,” Davis says. “One important gateway is the Capitol Street Gateway which has an economic engine, our Jackson Zoo. So, what we’re looking at doing is putting our resources, our CGBG (Community Development Block Grant) funds, into that particular community to beautify it from a streetscape standpoint as well as enhancing the housing stock in that immediate area.”

Jackson is also a recipient of a “Greening America’s Capitals” grant, a project of the Partnership for Sustainable Communities between the U.S. Environmental Protection Agency (EPA), the U.S. Department of Housing and Urban Development (HUD), and the U.S. Department of Transportation (DOT) to help state capitals develop an implementable vision of distinctive, environmentally friendly neighborhoods that incorporate innovative green building and green infrastructure strategies. “That grant will help us enhance the central business district, downtown, to make it more of a walkable community, using different inter-modals: walking, bus, bike, and car,” says Davis.

“We’ve also been noted as one of the many TechHire cities,” he continues. TechHire is a national initiative built through a network of communities, employers with IT hiring needs, training institutions, and other civic actors. The network serves as a platform that connects employers with individuals who possess the skills and motivation to be successful employees, but whose nontraditional pathways to acquiring those skills too often render them invisible to traditional recruiting processes. The $100 million initiative was announced last year by President Obama at the National League of Cities annual meeting. “We’re committing to work with various organizations here in the City, be it educational, healthcare, etc., to come up with a plan to show how we’re going to increase the hiring of technology-driven jobs,” states Davis. “We’re excited about that and we are on our way to doing great things in that area.”

“The City of Jackson has also received a TIGER (Transportation Investment Generating Economic Recovery) grant for our State Street area,” Davis adds. “This grant was competitive. We wrote the plan, submitted it, and were awarded the grant.” The TIGER monies will fund the city’s reconstruction of State Street including preliminary engineering services, environmental phase services, traffic analysis, right-of-way/easement acquisition, roadway design, construction, engineering, and inspection. “That, most definitely, is going to boost our economic redevelopment of State Street, so we are also excited about that.”

While some parts of Jackson’s redevelopment are being financed by grants, other parts of its infrastructure redevelopment are being mandated under a consent decree that the city has received for violating sections of the U.S. Clean Water Act and the Mississippi Air and Water Pollution Control Law. “So, we have, probably, $1.23 billion worth of infrastructure that we have to do – roads, water, and sewer,” Davis says. “That’s 1,100 miles of roads and 2,200 miles of pipe going back and forth.” The City must figure out how to work closely with local businesses to be able to afford and manage those projects. “The businesses – engineers, construction companies, laborers, those companies that provide commodities – are going to be crucial to the pricing and the ability of Jackson to be able to pull this off over the next fifteen to twenty years,” Davis maintains.

Sometimes known as the “Best of the New South,” Jackson has been recognized in recent years by many regional and national media outlets, publications, and organizations for its economic agenda. For example, CNNMoney.com says it’s the “Eleventh Best City in America to Launch a Small Business;” the Brookings Institute’s Metro Monitor Report calls Jackson “One of the 20 Strongest Performing Metros in America;” The United States Conference of Mayors’ Report “U.S. Metro Economies: Outlook – Gross Metropolitan Product, and Critical Role of Transportation Infrastructure” lists the city as “One of the Top 100 Metro Economies in America.”

Check out this handpicked feature on Swift Current, Saskatchewan – Moving at the speed of business. 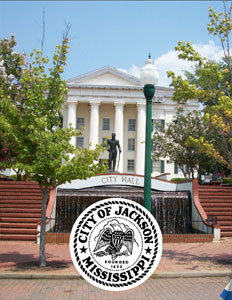