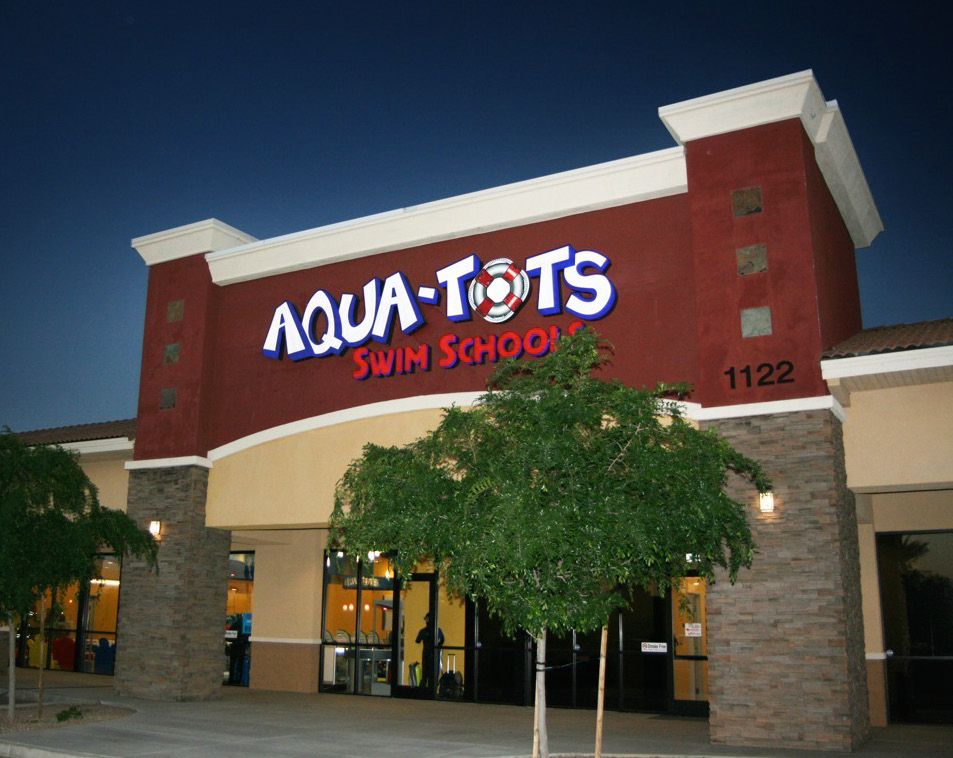 Ron Sciarra clearly heard the call to public service. But what he hadn’t initially figured on was the exact way in which he’d answer it.

Sciarra was training for a career as a firefighter in Phoenix when the region – known locally as the “Valley of the Sun” – endured a series of tragedies in which children died in drowning accidents. Moved to action, he and his wife, Jane, began a small business in 1991, in which they offered seasonal swim lessons out of their home and through contracts with community pools in the area.

A signature element of the couple’s curriculum was a final lesson in which students would jump in, fully clothed, and be taught how to get themselves back to safety along the pool wall. Several of the local deaths had occurred, Sciarra said, when kids had fallen in and been unable to reach the side.

“It was the desire of our hearts, and it just spiraled from there,” Sciarra said.

“I thought I was supposed to be a firefighter, but I realized that helping the community in this way was far more important. I now have three boys of my own, so I was experiencing the same thing every parent at that time was telling us.”

A significant step in the operation’s development came in 2005, when the Sciarras partnered with another couple, Paul and Heather Preston, to open a year-round indoor swim school. That facility opened later that year, and, within the next 12 to 18 months, the fledgling group received numerous inquiries, Paul Preston said, from people asking, “Can you teach us how to teach your methods?”

The frequency of the inquiries led to serious consideration of a franchising model, which became the main focus about five years ago, Preston said. Subsequent steady growth has brought the roster to 41 open locations – 39 in the United States, one in Kuwait and one in Turkey – with another eight or nine outlets expected by the end of 2014, and seven to 10 more in the first quarter of 2015.The first school in Mexico is scheduled to open in October, and a recent agreement with the royal family in Saudi Arabia will yield a school in that country’s capital city of Riyadh. And Preston, who’s now the company’s director of franchise development, said more expansion is coming.

“Our main focus is the U.S.,” he said. “But word is spreading everywhere about this business and the need for it. Communities in all places want to have this.” All existing locations are in retail shopping centers – usually anchored by a grocery store or a major department store – and consist of between 4,000 and 7,000 square feet of leased space that’s converted to include a lesson pool, retail area, changing rooms and a parent lobby.

Freestanding or other types of buildings are not unwelcome, Sciarra said, but the response from retail building landlords has been overwhelmingly positive because of the clientele the schools bring in.

“We have a thousand families a week heading to the store,” he said. “We have a really good relationship with a lot of the national landlords. As they’re building their developments we’re just following them, and they’re opening up their centers to us.”

The work staff per location ranges from 15 to 20, though some run as high as 30 depending on the number of lessons being scheduled. Swim backgrounds are not required. In fact, those with a team-based history in swimming are often very competitive in nature, Preston said, while the ideal lesson-provider is someone with more of a love for being around children in a teaching setting.

The teaching pools are 26 feet wide and 50 feet long, with a maximum depth of 4 to 4½ feet. Ten classes – usually with two or three kids, and never more than four – can be held simultaneously.

For the most part, Preston said, the aim is no more complex than simply teaching kids how to swim.

“We’re going to hire the personality and train the skill,” he said. “We’re really looking for young men and women who just love kids, and can deal with kids who are moody and up and down. Sometimes they love it, sometimes they hate it. That sort of thing.”

The school is part of the United States Swim School Association, an organization whose nationwide aim is to lessen childhood drowning. And, because the aim is more education and safety than competition, the businesses with which Aqua-Tots is vying for customers are other children’s activities like soccer, football, tee-ball, dance and gymnastics.

Ideal franchisees, he said, are often those who’ve had professional careers and experienced success in other forms of business, and ultimately decide that they want to focus on a community impact as much as substantial financial objectives. Preston said the corporate office typically receives eight to 10 franchise inquiries a week, even though the company is not aggressively seeking candidates.

About 75 percent of existing growth is from current owners adding more locations to their collection. Many owners, too, are also owners of franchises in other businesses.

The primary location focus is on metropolitan areas with growing families, and Preston said significant success has come in Houston, Dallas and San Antonio in Texas, as well as Chicago, Detroit, Phoenix, Washington, D.C. and Raleigh, N.C. Recent upticks have come in the middle markets, too, including Dayton, Ohio, Omaha, Neb. and several cities in south Texas.“We’re reacting to the need,” Preston said. “Parents are saying we want a quality swim program that we can go to year-round, to get our kids safe, get them swimming and give them lessons for life.”

WHO: Aqua-Tots Swim Schools
WHAT: Franchise-based provider of swim lessons for children, babies, toddlers and infants
WHERE: Corporate headquarters in Mesa, Ariz.; 41 franchised locations – 39 in U.S., one each in Kuwait and Turkey
WEBSITE: www.Aqua-Tots.com