Still rising above the rest

Business View Magazine interviews representatives from Phoenix Fabricators & Erectors, LLC, as part of our focus on best practices of tank and tower erectors.

Out of the approximately 50,000 elevated water tanks that rise high above the cities, towns, and counties of the United States, Phoenix Fabricators & Erectors of Avon, Indiana has constructed about 5,000 of them. The company, which rose from the ashes of a predecessor entity, Universal Tank and Ironworks in 1986, engages in the foundation, fabrication, engineering, erecting, painting, modification, relocation, service, and maintenance of water tank systems, and is an industry leader with a reputation for exceptional quality in the design, manufacturing, and erection of multi-column, single pedestal, and fluted column water tanks. 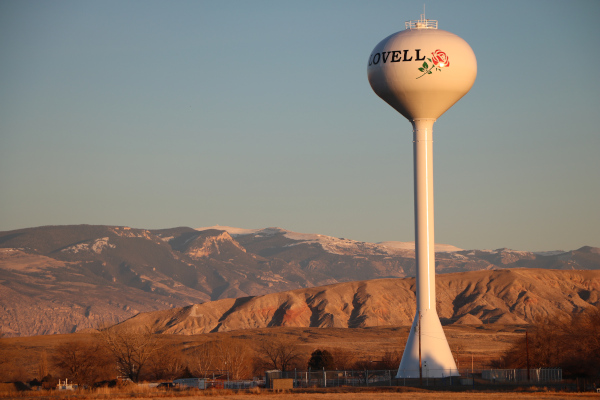 Today, Phoenix Fabricators & Erectors employs approximately 235 workers in its 61,000-sq.-ft. office in Avon, an additional facility in Sebree, Kentucky, across the country, mainly erecting tanks for various municipalities. And, while all-steel structures have always been the company’s “bread and butter,” according to Chief Development Officer, Joey Thomas, Phoenix has been penetrating the composite tank market, especially since acquiring the Elevated Tank Division of Pittsburg Tank & Tower in 2006, along with its 52,000-sq.-ft. plant manufacturing plant and a work force skilled in composite elevated tank manufacturing and management.

“If you imagine a tank that is all steel construction, you’re going to have lot more surface area to recoat over the life of the structure,” Thomas explains. “So, with a composite tank, all the support structure is concrete and the steel tank, the water-bearing container, is sitting atop that. With all steel tanks, it can be costly to maintain the product over the life of the product, and while, on the front end, composites cost more, you could see the value, long-term, of it being less costly to provide maintenance to the structure, and a lot of people are taking more note of that. That is a market that we have been trying very hard to get into to be qualified on more bidding opportunities. So, that’s certainly a big step forward and we’re continuing to grow and have a stronger foothold within the composite market.”

Company Vice President, Kurt Fuller, agrees. “I believe we’ve seen an uptick in the volume of bidding opportunities, and I would say that we have achieved the first milestone of our goal of breaking into the large capacity, composite, elevated tank market,” he notes. “In general, since January 2019, the market seems to be trending in the direction of elevated tanks of all capacities, and, in the last two months, the bidding opportunities we have seen for that style of tank are, probably, the most I’ve ever seen in any 30 or 60-day stretch. I think a lot of it is that the aesthetics are usually touted as better, and there are lifecycle costs in the large capacities, that, if presented right, could make an appealing alternative.”

As Phoenix continues to expand its capabilities, there are also challenges to confront. One of them is the volatility in steel prices due to the shifting nature of the tariff war between China and the U.S. Fuller explains: “We have two types of steel. We have plate steel from a hot roll mill; then we have structural steel which is things like angles, I-beams, and shapes that are bought, generally, from a service center. Throughout the bidding process, when we submit a bid, we have to hold our price, regardless of what happens between the bid date and the time we purchase materials. Once we submit a sealed bid, we have to honor that price, if we are awarded the project. So, when the tariffs first came through, late last March to April, from April through July or August, we probably got updated pricing on the order of every two weeks and that just shows you the volatility we experienced when the tariffs were first announced and all the mills were trying to figure out who they were going to produce for, how they were going to provide timely deliveries, etc. So, for a period of several months, it was a very volatile situation. Somewhere around September, it kind of stabilized and we were back to the normal cycle of receiving a new price list on the order of once every two months.”

“On the structural and pipe side, we didn’t experience too much volatility, initially,” Fuller continues. “But what we came to find is that, at the turn of this year, the inventory of pipe, in particular, has created a lot of volatility. The primary use for that pipe is in the oil and gas sectors and, as a result of low volume of inventory, the price continues to escalate, and we’ve been battling that since January of this year. The plate was directly affected by the tariffs; the pipe and structural was more affected by inventory, available. We know our competitors, and we meet with the steel mills about every 45 days, and they experience the same pains and bumps along the road that we’re going through.”

Another challenge is the shortage of a skilled labor force in the construction trades. “We have been struggling over the past three to five years, but nothing like we’ve seen in the past 12 to 24 months,” Fuller reports. “We can’t find qualified, good help and this isn’t all just welding in a factory; our guys travel throughout the United States from job to job and it’s life on the road 40 to 45 weeks a year, away from family. We experience it on flat work, concrete, paint, but, in particular, the welders are where we really are finding ourselves in a pinch. And, ultimately the cost of the labor shortage is going to be passed down the line, at some point in time, to the consumer of our products; it’s inevitable.” 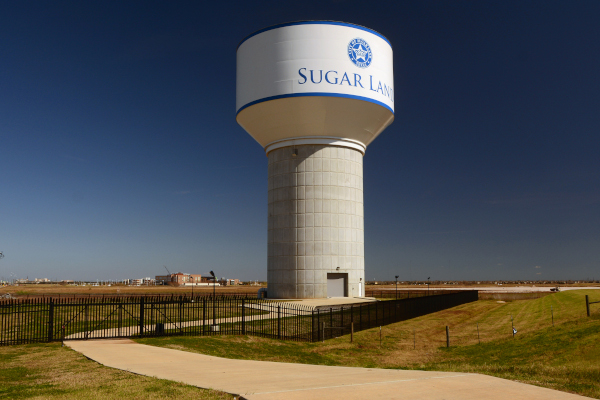 In order to try and recruit new staff, Fuller says that the company has implemented an employee referral bonus structure for its current field forces, incentivizing them to reach out to friends and family to see if there’s any interest in getting new workers onboard. “We have also implemented a ‘greenhorn’ program,” Fuller relates, “which is, essentially, taking someone out of school, or with little or no construction experience, and getting them out to the field with selected foremen to have that on-the-job training.

Thomas believes that the advantages of trade work are manifest. “There’s a good life out there,” he avers. “It takes a special kind of guy, but there’s earning potential. We feel that the crews that we do have still put out the best product in the industry, and we do our best to take care of those guys because we value the trades that they have. And we’ll continue to try and build on that.”

Like the mythical phoenix that continues to regenerate itself out of the ashes of its former existence, Phoenix Fabricators & Erectors continues to rise above the rest – just as their tanks and towers rise high above the American landscape.

WHAT: A builder of elevated water towers