In the heart of Northern Alberta, Canada, the towns are small and the spaces between them are wide. The 11 municipalities that are represented by Heart River Housing (HRH), the area’s centralized housing management agency, in this large, geographically diverse part of the province, span an area of approximately 23,600 square miles – from Kinuso to Girouxville, and from Fox Creek to Ridgevalley. Within these outposts, one can also find the towns of Donnelly, Enilda, Falher, Faust, McLennan, Valleyview, and High Prairie.

Heart River Housing was established by Ministerial Order, under the Alberta Housing Act of 1960. Lindsay Pratt is the agency’s current Administrator. He works out of its central office in High Prairie, where he oversees a staff of 70. Pratt recounts some of the organization’s early history: “At that point in time, it was formed to take care of the Pleasant View Lodge in High Prairie. In the old days the focus was entirely on seniors and the lodge facilities were substantially different than they are today. In 1984, the province began looking at the possibility of consolidating a lot of the small management bodies into more of a regional look, thinking that what was good for one community is often good for another. In 1995, nine agencies were consolidated together into one regional group.”

According to Pratt, consolidation provided several tangible benefits, not the least of which was the ability to hire more qualified staff for its family housing units, its self-contained senior apartments, and its three senior’s lodges – Pleasantview in High Prairie, Red Willow Lodge in Valleyview, and Villa Beausejour in Falher. “We can do a much better job and we can also point some of our time and effort into helping grow our organization rather than just trying to survive.”

Today, Heart River Housing provides subsidized social housing for over 900 individuals – seniors, as well as moderate income individuals and their families – throughout the 11-city region. It assists its constituents in a variety of ways, including: help with transitional housing, help with affordable housing, private landlord rent supplement, and direct rent subsidies. HRH also offers a variety of housing choices to the individuals it serves. The agency owns or operates 470 units and provides rental assistance through a provincial supplement program in another 135 privately-owned units. 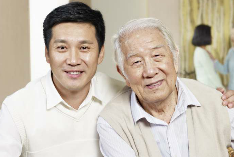 Heart River Housing is funded by it participant communities and governed by a Board of Directors who are appointed by the member municipalities. The Housing Board is responsible for the oversight of all of the organization’s activities, consistent with the Alberta Housing Act and all other relevant regulations.

Pratt is effusive in his praise for the Board’s ability to serve the sometimes disparate needs of HRH’s communities: “We actually serve 11 municipalities, which may be unheard of anywhere else – that many municipalities working together for a common goal since every community has its own issues and interests and that has to be balanced by the Heart River Housing Board. But we have a really proactive Board that will do anything in its power – as long as it makes economic sense – to help our seniors and our housing people.”

Being in the middle of a fairly under populated part of the country has its drawbacks, as well as its advantages, according to Pratt. The distance between one end of HRH’s portfolio and the other “is about a 3 ½ hour drive,” which means HRH lacks some of synergy that can be taken advantage of in larger cities whose facilities are, more often, closer together.
However, the support from its small communities and its people is generally more enthusiastic. “I don’t think you’d get that in Edmonton or Calgary – your big city regions,” he says. Pratt cites that classes from the local schools visit the senior lodges during the week and over the Christmas and Easter holidays, and that the local oil company provides a steak dinner to the lodge residents, twice a year.

Over the past several years, HRH has made some significant upgrades and renovations to some of the existing facilities it manages, while also creating some new housing options for the communities it serves. All three of the senior lodges, which were built around the same time, have had additions in the last ten to fifteen years, with two million dollars being spent on room additions at both Pleasantview and Red Willow. About five years ago, HRH completed a project in Fox Creek – a ten unit, senior, self-contained building that now complements the agency’s three duplexes and six houses in the same city.

Heart River Housing does not provide any health 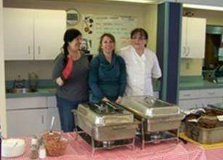 services to its constituents, but Pratt says it is something that the agency is beginning to consider – especially since the average age of the seniors coming into its system is slowly creeping up and now averages 82 years. He explains: “If we can help a senior stay in one of our lodges and stay mentally capable and active and just needs a little extra healthcare – that’s something that we need to coordinate with the health business.”

Regarding the area’s senior population, Pratt would also like to see them moving into the lodges before they get too old, so that they can better take advantage of the camaraderie and activities provided for them there. He would also like to help them stay longer, if they’re capable. “If we can do some little things to improve our delivery, whether it be on the health side, whether it be on the food side, or activities side, we want to continue to improve, everyday.”

HRH’s biggest agenda item on its “family housing side of things” is to continue to help individuals who need temporary assistance, in order to get them in and out of the system within a few years and onto the next stage of their lives. Pratt points to the type of success stories he would like to replicate: “We’ve had families come in at minimum rent and three to five years later, both family members have jobs, they’re educated, and they can move out of the system to allow somebody else to come in.”

According to Pratt, decent, affordable housing is an essential element of life, not only on the prairie, but everywhere. “If you don’t have a proper roof over your head, you’re starting behind the eight ball,” he says. With the avid support of the municipalities, the Housing Board, the province of Alberta, local businesses, and caring community members, Heart River Housing is well positioned to continue its mission of serving the housing needs of the seniors and the moderate to low income citizens of Northern Alberta for many years to come.

Payroll Vault – A National Leader in...