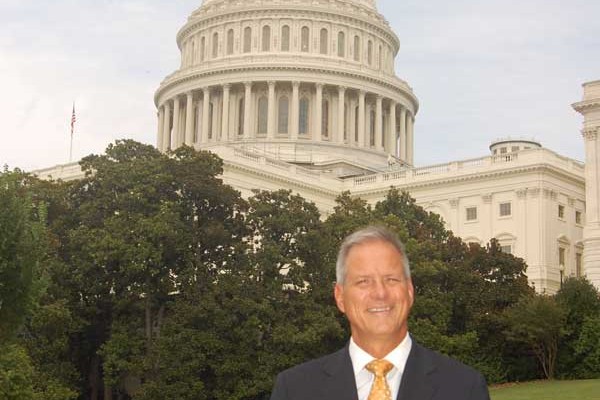 While healthcare has undergone tremendous changes in the last few years, seismic demographic, care delivery, and technology changes are underway that will shape its future.  The most recent national change was the passage of the Patient Protection and Affordable Care Act (ACA), (Obama Care), in 2010.  However, reform began in earnest over a decade ago when, in 2003, President Bush signed the Medicare Modernization Act (MMA) which, for the first time, provided prescription drug coverage for seniors and people with disabilities covered by Medicare.
While the MMA and the ACA expanded coverage and access to care, and encouraged healthcare integration, going forward, we will continue to see both federal and state reforms that seek to reward quality care, reduce cost, refine rating systems, and reinforce the need for better-integrated care.

While Medicare’s financial solvency has actually improved in recent years, now projected to be solvent through 2030, there will continue to be both a financial and a quality-care urgency to modify Medicare and lengthen its long-term financial viability.

The Impact of Population Shifts

To achieve this, a critical area to address is our spending on patients in their last year of life, which the Centers for Medicare and Medicaid Services (CMS) estimates consumes nearly 30 percent of Medicare expenditures.  Add to this the largest “retirement class” in the history of United States with the aging of 78 million Baby Boomers (over 26 percent of the entire U.S. population) and it’s easy to see that continuing reform is critical to manage this potential crisis.

As 10,000 Boomers turn age 65 every single day for the next 18 or so years, they will drive change. At the other end of the age spectrum, however, are Millennials, those born between 1982 and 2003. Like the Boomers before them, they are well educated, but unlike them, they experienced two dramatic economic downturns more akin to the Great Depression experienced by their great-grandparents or grandparents.

According to the Brookings Institution, Millennials will comprise more than one in three of adult Americans by 2020, and make up as much as 75 percent of the U.S. workforce by 2025. They are socially conscious, with 89 percent more likely to buy from companies that supported solutions to specific social issues.

Disease and healthcare disparity will obviously impact reforms in healthcare going forward.  For instance, according to the U.S. Alzheimer’s Association, an estimated 5.1 million people with Alzheimer’s are age 65 and older; that number will increase 40 percent to 7.1 million by 2025.

One way to better manage the increasingly scarce resources for healthcare is to improve quality. In Maryland, skilled nursing and rehabilitation centers have increasingly focused on innovative ways to enhance quality while cutting costs.  One measure of quality for dementia patients is the reduction in the use of antipsychotic drugs for those who are not diagnosed with schizophrenia, Huntington’s disease, or Tourette’s syndrome. In 2014, Maryland’s use of antipsychotic drugs for long-stay patients was 15.8 percent, well below the national rate of 19.4 percent and a reduction of 20 percent since 2011.

On the financial front, while overall Medicaid payments in Maryland have grown at an annual rate of 7.9 percent between 2000 and 2012, payments to skilled nursing centers have grown at a rate of only 5.2 percent – a 34 percent reduction. As a result, Medicaid funding does not fully cover the costs of providing services to Medicaid patients. In 2013, Medicaid funding for skilled nursing in Maryland totaled $1.288 billion while total costs were $1.352 billion, creating a $64 million shortfall.

Going forward, measuring quality and clinical outcomes will become more sophisticated. In the coming years, the best and skilled nursing and rehabilitation providers will not simply focus on reducing hospital re-admissions, but must find new ways to share staff and data, employ consumer technology, and engage patients, themselves, to actively manage chronic diseases such as high blood pressure, congestive heart failure, diabetes, and depression.

The American Recovery and Reinvestment Act of 2009 (ARRA) pumped billions of dollars into hospitals and physician practices to put in place electronic medical records to track, better coordinate, and improve patient care; unfortunately the Act did not provide financial assistance to skilled nursing and rehabilitation centers. As a result, today, only a little over half of the Centers in Maryland have electronic medical records.

Today, nearly every American owns a smartphone, allowing them to send and access healthcare information quickly and more readily. And various social media platforms allow people to rate their healthcare and track fitness in real time.

Further, wearable devices such as the Nike Fuel Band, the Fitbit, the Jawbone Up, and the Apple Watch each offer consumers and providers the opportunity to monitor health and fitness information in real time.  The best providers, organizations, and consumers will take advantage of this data and understand that consumer demand will be king.  If you don’t build it, manage and improve it – the Boomers and the Millennials will not come.

The Impact of Legislative and Demographic Changes on the Future

What do all of these demographic, technological, and legislative changes mean for the future of healthcare?

As the President and CEO of Maryland’s largest and oldest nationally affiliated provider Association of Skilled Nursing and Rehabilitation Centers, including 150 of the 233 Centers in Maryland and over 80 associate members, I advise my members that healthcare is shifting to:

I emphasize that change and reform will be constant in healthcare in the coming five to 10 years, and those who are averse to change should find a new business.

With more limited financial resources, it is incumbent on providers to use technology to help consumers better manage their health and deliver care more cost-effectively. Skilled nursing and rehab centers are an important part of this care delivery system, with huge upside potential.  More importantly, it will take all of us together to navigate the best way forward.

WHO: Health Facilities Association of Maryland
WHAT: association responsible for overseeing all healthcare programs in Maryland
WHERE: Baltimore, Maryland
WEBSITE: www.marylandhealth.gov 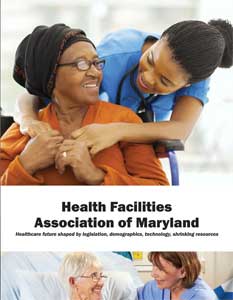