Sometimes, it really is all in a name.

And when Paul Linenberg heard the name “Gotcha Covered,” he could tell right away.

Linenberg was among the leadership that founded a company called V2K in the late 1990s, as a continuation of another entity that had gotten into the business of developing software programs to standardize procedures associated with the sale and manufacture of window covering products.

He presided over the inception of a franchising program a few years later that yielded great early success and widespread industry recognition, before the company – and the entire marketplace as a whole – felt a significant negative impact during the darkest days of the global economic downturn.

But as it turned out, the bottom-line pain generated a top-end opportunity.

“We were doing our own thing running V2K, and Gotcha Covered found themselves in need of more support, more structure and more help, so they came to us and asked if we were interested in acquiring them,” he said. “We loved, loved, loved the name. It was a significant upgrade from what we were operating as, so we brought them on board, they were a great group of people, wonderful franchisees and it was just a perfect fit for us and the right move at the right time.” 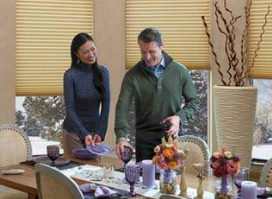 The amalgamation was made official in June 2009 and the combined company has since moved forward under the Gotcha Covered banner, with Linenberg serving as president and running the day-to-day operations of a Denver-based enterprise that’s swelled to 58 franchises in the U.S. and Canada.

The roster of locations is entirely franchisee-owned and is spread across the two countries, most often in areas of high population density and with footprints in 21 states and three Canadian provinces. About 60,000 households comprise the typical franchise territory, which can mean a small, densely populated home turf for some owners and a less dense, more geographically vast one for others.

The territorial process is reactive in nature, Linenberg said, meaning the company will craft a suitable territory for interested and qualified franchise candidates, rather than establishing set boundaries across North America and then searching for franchise agreements with which to fill up the map.

Most owners start out as home-based single owner-operators based, but can evolve their businesses into structures which would include adding sales associates and back-office support staff. Some enter a shared retail space agreement with flooring or paint stores, and still others go all-in with a full retail location of their own in an appropriate location with signage, full staff and dedicated business hours.
About 5 percent of owners get to the largest scale, he said, though that number is on the rise.

“We expect that to grow a little bit and we recommend that they get there organically,” Linenberg said. “We don’t feel like it’s in their best interest to jump into that model. We think it’s best to grow that from the proceeds of the business and with time and experience. And we’re agnostic, we don’t really care how they want to do it. We know it’s about the money first, but it’s about lifestyle a very close second and we support any lifestyle choice that our people want to make.

“We feel like we have lifestyle options that most other franchise systems don’t, and that’s an important part of why people gravitate to us. They appreciate that it’s not Little Caesars. We don’t pigeonhole them and it’s not just one model that they have to run, we have a ton of flexibility from a lifestyle perspective and we want to do that. It’s a value that I have and we want to pass it on.”

The myriad lifestyle options and a unique flat-rate royalty system – which means that once franchisees meet their fee structure, they’re done paying – have been significant drivers of candidate interest lately, as has the enthusiasm generated by the burgeoning recovery in the housing market.

Not to mention the window treatment market has been so historically fragmented, he said, that franchisees can enter the fray with little to no name-branded competition in their local markets, and instantly go about creating individual brands into powerhouses that sell virtually everything for the interior of a window – unlike the typically niched nature of what competition does exist.

“There a lot of potential,” Linenberg said. “The housing market is coming back. In Denver, it’s coming back in spades. I think we’re leading the country in housing again and I’m hearing hammers on the weekends. There’s not a better time to get into this business, because demand is coming back and I hope it continues to roar back and grow in all markets of the country.”

The push for better name recognition 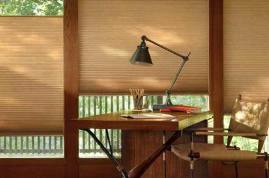 prompted a strategic partnership in 2014 with Yodle – a New York-based online marketing company – to gain access to its Centermark platform, which provides locally-focused search engine optimization, mobile and scheduling services for businesses looking to strengthen bonds between national brands and their local entities.

Linenberg said the transaction instantly allowed the company to accelerate Internet strategies in a way that could never have been matched internally, helping to transition many franchise locations from virtually zero online presence to coveted first-page positions in Google keyword searches.

In fact, he said, a multi-year extension to the companies’ initial agreement has already been signed.

And the expectation is for similar productivity in other business functions as well.

Linenberg expects “several hundred” franchisees to come on board within the next five or so years, and that they’ll bring with them the sort of collective buying and marketing power that will allow Gotcha Covered to carry itself like a big franchisor while retaining the standards of a smaller one.

“We’re going to do it with the right people,” he said. “We’re not interested in bringing anybody on board that can just fog a mirror and write a check. We want only high-caliber people who are committed to the brand, and that we know are going to be a good fit for our system and that I want to be able to personally hold up and say ‘That’s a part of our team. That’s a Gotcha Covered person right there.’ That’s important to me.” 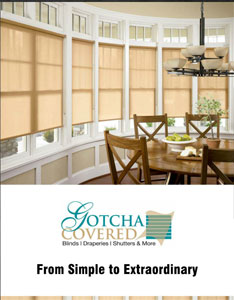