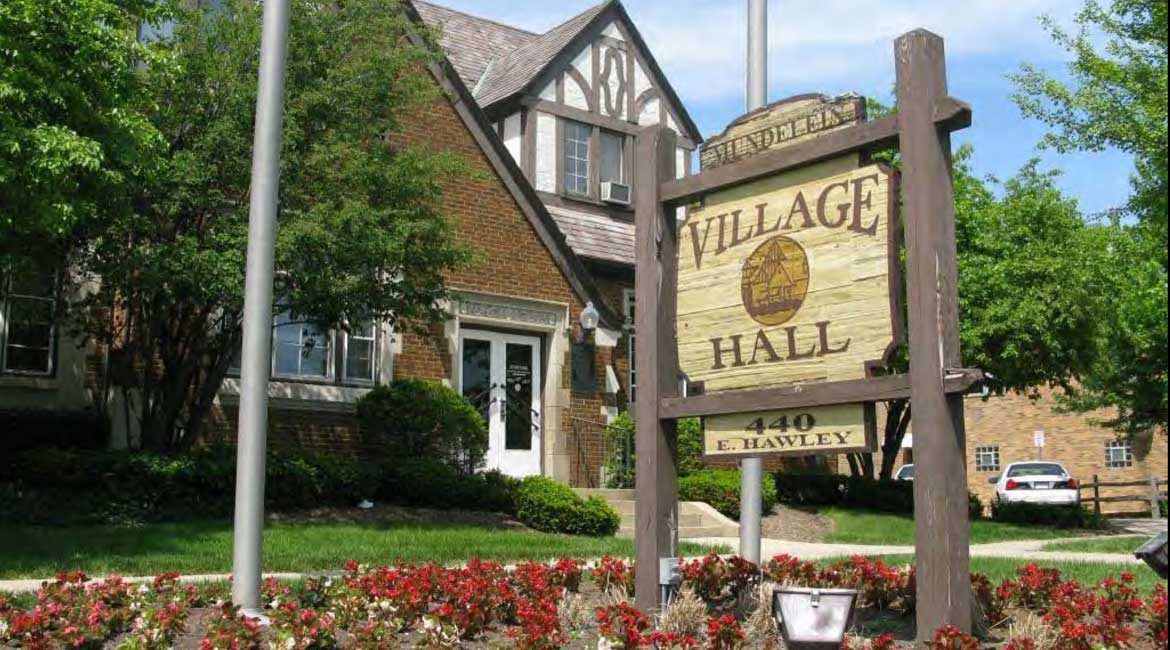 Mundelein, a northwestern suburb of Chicago, is an incorporated village of 32,000, in Lake County, Illinois. Since its earliest days, one of its characteristics was its propensity to reinvent and renew itself from time to time. It was first settled by the Potawatomi people and later by European settlers and tradesmen from England, who named the place “Mechanics Grove,” where they built their schools, churches, and businesses. The community changed its name to “Holcomb” some years later, and added a railway station and a post office. In 1909, it incorporated under yet another new name, “Rockefeller,” in honor of the wealthy industrialist and oilman. That name was soon replaced by “Area,” coined by a local educational entrepreneur named Arthur Sheldon, who bought 600 acres near town and built a school on it. The school taught sales techniques, including the philosophy of “AREA,” which stood for “Ability, Reliability, Endurance, and Action.” At one time, it boasted 10,000 students, many of them women, which was unusual for the times.

The name Mundelein was officially awarded in 1925, in honor of Archbishop George Mundelein (later Cardinal) of Chicago, who had purchased the school property from Sheldon after the campus closed in 1915, in order to re-establish the Archdiocese’s University of Saint Mary of the Lake, also known as the Mundelein Seminary, which continues to exist today. To express his gratitude, the Cardinal donated to the Village its first new fire truck upon completion of the original Village Hall in 1929. The 1925 Stoughton, known as “Old # 1,” was a fixture in Mundelein for many years. It was first sold in 1946, passed through several other hands, and was ultimately repurchased by the Village in 2008, and restored to its original grandeur in 2009.

Today, Mundelein is a thriving community that has continued to change its course, if not its name, when demanded by the times. Just a few years ago, the Village embarked upon a re-branding campaign in order to reposition itself for its next iteration. “Four years ago, we hired a communications and marketing manager,” says Village Administrator, John A. Lobaito. “Before that, we weren’t doing a very effective job of getting the word out about the great things that were going on in Mundelein. Along about that same time, we decided that we needed to rebrand ourself to help us identify who we are, and to set us apart from our competitors – our neighboring communities and other communities in Lake County.

“Through that process, we were able to create a better understanding of who we are and where we want to go. And it centered on being a welcoming community and also being a good place to do business. So, our brand promise came to be: Mundelein will be Central Lake County’s premier location for entrepreneurs and a welcoming community. And that speaks to our diversity, that we see as a strength, and it speaks to our own efforts to move the community along economically.”

Mundelein had an opportunity to lead the way in entrepreneurship in 2014, when it moved into its brand new Village Hall. “We built the Village Hall with the idea of having a tenant in the building with us,” says Lobaito. “We would own the building, but we would create space for a tenant. So, we have a 32,000 square-foot building; we occupy 16,000 on the first floor and an engineering firm occupies 16,000 square feet on the second floor. And they were our selected developer that built the building for us and put in the infrastructure. The total package was somewhere around $13 or $14 million.

“That was a very entrepreneurial endeavor. No government agency that I know of, certainly in Lake County, and I doubt anybody in Illinois, has set out to build a village hall with a tenant in mind. That’s something the private sector would do to help cover the cost of the building and the long-term maintenance costs.”

In that it was exhibiting its own entrepreneurial spirit, the City decided that it was uniquely positioned to be what Lobaito calls “an enclave for start-up businesses. We could not compete with the regional mall in Vernon Hills, right next door; we could not compete with Libertyville that has a quaint downtown with an entertainment area,” he admits. “But what we could do better than both of them, was provide better customer service to our businesses, and to be more business friendly.

“And so, that brand promise, three years ago, began to drive all of our strategic planning. One of the offshoots of that was our Village Board adopting a grant program. The first year it committed $100,000 and we promoted the following: ‘If you come here and start a business, we will give you up to $50,000 in grant money on a 50/50 basis. If you spend a dollar, we’ll give you a dollar.’ But those dollars had to be spent on things like the mechanical systems of the building. ‘If you need to change the wiring, we’ll help pay for that on a 50/50 basis. We’ll help you with the HVAC systems; we’ll help you with the plumbing systems. And, if you would make the exterior of your building look nicer, redo your façades; we’ll throw that in, as well.’

“We had two things, strategically, we were trying to do: Let’s encourage people to make investments in the existing building stock that we have because even if the business fails, that work doesn’t go away. It still improves the value of the building and makes it more attractive for the next business. Number two: we want to improve how we look, so let’s help them pay for improvements to the exterior of the building. It’s a very simple strategy.

“In the three or four years that we’ve run the program, we’ve given away a little more than $200,000 in grant money and we estimate that the private investment in the community is somewhere around $1.7 million. So, if you were in the private sector, and you looked at the return on the investment, you would say that was successful. But as a government, we have other interests – we’re not profit driven, we’re just trying to be a better community.

“So, if we’re true to our brand promise about being Central Lake County’s premier location for entrepreneurs, then we have to understand what businesses want. The cost doesn’t have to be free, but the fees have to be reasonable. So, part of that is we have lower start-up costs for businesses in town. We also implemented a program in the building department to turn building permits around in five days or less, and we wanted to be successful at that 90 percent of the time. The report we get is that the actual turn-around time is one-and-a-half or two days. So, there’s an urgency to help people get through these processes and to do it as quickly as we can – not to approve everything that comes our way because we’ve set a very clear vision of what we want – but it has to be a reasonable amount of time, because time is money. So, we’ve become very focused on the start-up businesses, because we think that we can do it better and faster than the communities around us.”

Another way in which Mundelein eclipses its neighbors is its ability to help potential businesses quickly identify buildings or parcels that are available for sale or development. “One of the things that’s been critical for us, and that we discovered early on, is that there wasn’t good data out there on what’s vacant and what’s not vacant; how much of our commercial and industrial space is vacant and what can we do to help fill it. So, we went about quantifying all of this space in town, put it into a database, so that we can have good information. Now we know better when somebody calls us and says, ‘I’m looking for X,’ we can give them good data the same day. That’s unlike any other community around us.”

Lobaito credits Amanda Orenchuk, Mundelein’s Director of Community Development, with the marketing tool that streamlines the process even further. “She developed maps of different quadrants of the community with all the ‘opportunity sites,’ whether it’s vacant land or vacancies in buildings that are opportunities for redevelopment or for somebody to move in. Each map includes all of the contact information for every one of those sites. We send those out based on somebody’s inquiry and it’s almost instantaneous that we can provide you, based on your parameters, what you’re looking for.”

Lobaito believes that the Village also needs to play its part in its revitalization by paying careful attention to its image. “Because image matters,” he says. “Just as we’re asking private people to invest in their properties, we have to send the message that your local government is going to lead by investing more in its infrastructure. So, we’re going to make sure that the sidewalks are clean and don’t have trip hazards; that all of the streetscape improvements are well maintained; that we’re repainting our light poles when they’re chipped; replacing rusted signs with new decorative poles in the downtown area; adding more planters and park benches; adding bike racks. All of those things speak to our image.”

Orenchuk adds that the Village is also putting its efforts into making Mundelein a more sustainable place to live and work. “We developed our Village Hall to LEED standards, and we’re making sure that newer developments are being tasked to implement certain types of sustainable measures. We have one project that’s being proposed and we made a very big point to them to keep a very large grove of old oak trees. We said, ‘Don’t just clear-cut all these trees because they’re valuable to the community and they’ve been around from the pre-Civil War era.’ We want to have developments work with the land a little better.”

The Village also wants to become more bike friendly. “We have several bike paths that cross through the community,” says Orenchuk. “So putting in those facilities and making sure they’re nice, and welcoming, and making sure they’re easy to ride, and easy to use, is very important for us.” Lobaito says that the Village has bought, “lock, stock, and barrel, into the whole idea of making the community more walkable, with good access to public transportation, and multi-use paths for easy access by bicycles.” “We’re a progressive community, open to new ideas and new business models,” says Orenchuk. “We’re definitely ahead of the curve.”

Reinventing itself and renewing its purpose has been Mundelein’s stock in trade for generations. “We’re building a community for our children and our children’s children,” says Lobaito. For a village that once branded the motto: “Ability, Reliability, Endurance, and Action,” that seems like the only way to do business.

WHO: Mundelein, Illinois
WHAT: A village of 32,000
WHERE: In Lake County, approximately 41 miles northwest of Chicago
WEBSITE:

Sysmex America Inc. – Sysmex America, Inc. in Lincolnshire, Illinois, is the US headquarters for Sysmex Corporation based in Kobe, Japan. Sysmex America distributes and supports automated, in vitro diagnostic hematology, coagulation and urinalysis analyzers, reagents and information systems for laboratories and healthcare facilities throughout the Western Hemisphere.​ – www.sysmex.com/us 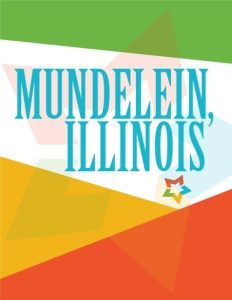