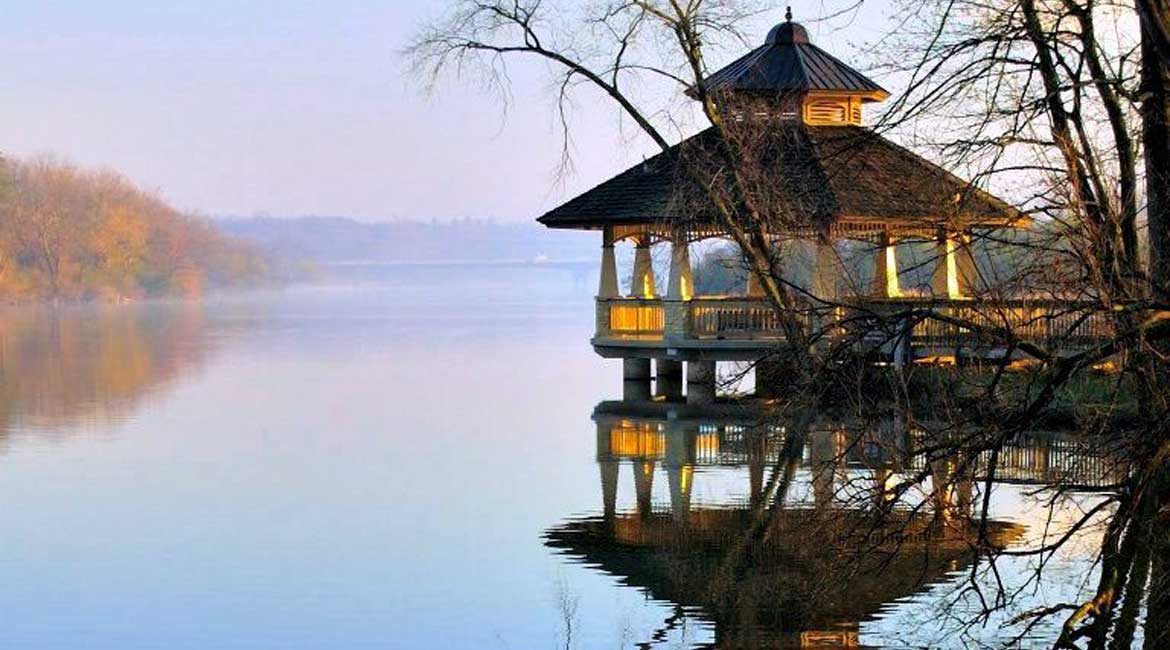 Batavia, Illinois, a suburb of Chicago, was founded in 1833 and is the oldest city in Kane County. Originally called “Big Woods” for the wild growth throughout the settlement, the town was renamed by a local judge and former Congressman, Isaac Wilson, in 1840, after his former home of Batavia, New York. The city was officially incorporated in 1872.

During the latter part of the 19th century, Batavia was home to six American-style windmill manufacturing companies, and became known as “The Windmill City.” Many of the original limestone buildings that were part of these factories are still in use today as government facilities and private commercial offices and storefronts. Batavia was also a major manufacturer of the Conestoga wagons used in the country’s westward expansion. In 1936, the Campana Company built the historic Campana Factory to manufacture cosmetics, most notably Italian Balm, the nation’s best-selling hand lotion at the time.

In 1966, the United States Department of Energy established the Fermi National Laboratory, known as Fermilab, just outside Batavia. Since 2007, Fermilab has been operated by the Fermi Research Alliance, a joint venture of the University of Chicago and the Universities Research Association. Fermilab specializes in high-energy particle physics and its landmark particle accelerator, the Tevatron, at 3.9 miles in circumference, is the world’s fourth largest. In the public realm, Fermilab hosts many cultural events: not only public science lectures and symposia, but also classical and contemporary music concerts, folk dancing, and arts galleries.

According to Laura Newman, Batavia’s City Manager, Fermilab is currently embarking on a new project known as DUNE. “That’s Deep Underground Neutrino Experiment,” she explains. “And it’s going to bring one billion dollars in investments to the local economy and create 2,000 jobs. It’s supposed to be online by 2020.” “That’ obviously a huge source of employment,” adds Economic Development Consultant, Christopher Aiston. “It will double their workforce. Not only does this project offer significant employment opportunities, both short term during construction and long term once the new facilities are up and running, but it will serve as an economic engine, driving increases in the purchase of local goods and services.”

“Our next greatest level of employment is in the manufacturing and logistics industries,” Aiston continues. “There are quite a few firms in the plastics injection and extrusion business. The city of Batavia owns its own electric utility and that’s kind of a rarity in the state. So, we manage, own, and distribute our own electric power. And that’s a reason why many of the plastics companies, particularly those that are on three shifts and need constant power with very few interruptions, or a quick turnaround if there is some kind of a shutdown, are here.” The Suncast Corporation, a maker of plastic lawn and garden products, has its national headquarters in Batavia, and is the City’s largest private employer.

Another big deal for Batavia is the One Washington Place project, slated for two and a quarter acres in the city’s historic downtown, less than one block from the Fox River. “This project will be built under terms set forth in a tax increment financing redevelopment agreement between a private developer and the city,” says Aiston. “It will have about 14,500 square feet of street-level commercial space, 186 one- and two-bedroom luxury apartments across four above-street-level floors, and a 350-space parking deck. Ultimately, the city will own the public parking asset. The project groundbreaking will occur in mid-summer, as the City is presently clearing the site in advance of its transferring the property to the developer.”

Aiston says the One Washington Place project is designed, to a large extent, to attract “the Millennial demographic that wants to be in a walkable downtown. They want to be in ‘apartment mode,’” he claims. “Generally, this demographic hasn’t started a family, are fairly fluid when it comes to where they’re going to work, and they don’t want to be tied down to a mortgage. And we know, and the developer knows, that besides the Millennials, the target market is the empty nesters that want to downsize their homes. So, it’s probably going to be a 50/50 mix.”

Making its downtown more walkable is not an entirely brand new concept in Batavia. In fact, about six years ago, the city made a significant investment in its downtown streetscape by building what the Dutch call a “woonerf,” roughly translated as a “living street.” The block-and-a-half stretch of River Street has no curbs, no traffic stripes, and no crosswalks. Instead, a continuous carpet of red and brown bricks unfurls from buildings on one side of the street to the other. Pedestrians and cyclists share the street with slow-moving cars. The people on foot can cross anywhere they want. On Saturday mornings, when the cars are kicked out entirely, tents appear, and the street is transformed into a vibrant farmers market.

“Since we built that streetscape, it’s been incredible in the number of people who are drawn to events in our downtown,” Newman declares. “Every weekend, our downtown is spilling over with people from our community and surrounding communities who want to attend these events in this atmosphere. So, allowing 186 rental units to be built adjacent to all of this makes a lot of sense.”
Aiston says that in addition to the One Washington Place project, there are an additional five or six acres close by that are potential redevelopment sites. “The City has planned these sites to be redeveloped with mixed-use buildings, where you have ground floor office/retail, and then residential going vertically. To sustain a downtown environment, you really need to bring rooftops in the form of denser, mid-rise buildings.”

Regarding other redevelopment projects in Batavia, Aiston says, “We’ve got a couple of large industrial buildings under construction, right now. There’s been kind of a resurrection of land development in the last twelve to eighteen months. We’re seeing large industrial buildings being built on spec, knowing that there are small companies that want to go mid-size, or mid-size that want to go bigger and need more space.”

On the southwest border of Batavia is Mooseheart, owned by the Loyal Order of the Moose International. “They’ve got several hundred acres that they own and have farmed,” Aiston says. “And they recently annexed to the city some property that could include a development that will increase both our commercial area, as well as our residential. That property is, as yet, undeveloped, and there’s probably another 60 or 70 acres on the periphery that hasn’t been annexed. Ultimately, there will be redevelopment but the City’s current focus is primarily developing and redeveloping its downtown central business district.”
Batavia has also “redeveloped” some of its local regulations with the intent to make the city more sustainable. “We’ve recently changed our ordinances to make it more beneficial for our customers who have solar arrays – the amounts that we are paying them for sending energy back into our grid. We increased that amount to encourage more people to make that investment.”

“It’s a sign of the political will to be green in that for an entity that sells electricity, which is what we do, for us to make it possible for our residents to reduce their dependence on our system through self-generated power. One could say this policy kind of flies in the face of a real profitable business plan,” says Aiston. “But, we think it’s more important that we make that incentive available because over the long term, everybody benefits and it’s the right thing to do.”

Batavia is also a bike-friendly city. “We have four regional bike paths that go through our town,” Aiston says. “The City, Park District, and County Forest Preserve spend a lot of attention on planning, property acquisition, and expense to maintain and expand the bike paths, because we think it’s the right thing to do.” A nearby metro line that comes through Batavia is also accessible by bike trail from downtown.

In addition to its many amenities, and its highly-regarded school system, Newman believes that what impresses outsiders about Batavia is the sense of connectedness that its 26,000 residents have to their city. “It has a beautiful, old downtown with many limestone buildings from quarries located near the city. But you also have this real artistic drive and creativity – the new juxtaposed with history.”

WHO: Batavia, Illinois
WHAT: A city of 26,500
WHERE: In DuPage and Kane Counties, approximately 40 miles west of Chicago
WEBSITE: www.cityofbatavia.net

Clarke Environmental – Headquartered in St. Charles Illinois, Clarke Environmental is a global environmental products and services company, whose mission is to make communities around the world more livable, safe, and comfortable. It does this by pioneering, developing, and delivering environmentally responsible mosquito control and aquatic services to help prevent disease, control nuisances, and create healthy waterways. Clarke has customized and delivered effective solutions for thousands of communities, businesses, and organizations around the world for over 60 years. – www.clarke.com

Signarama – The signs are all good 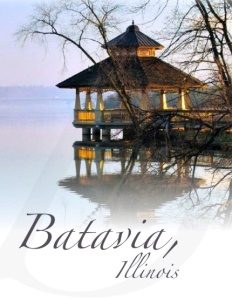