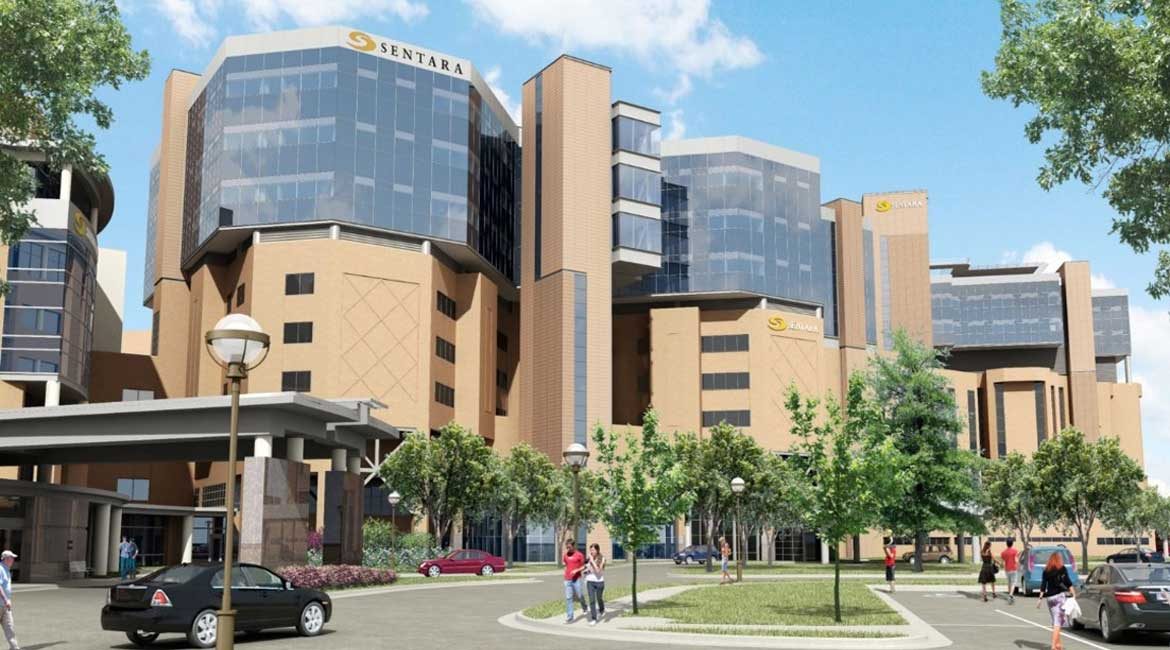 Norfolk, Virginia, founded in 1682, is located in the center of the Hampton Roads region at the mouth of the Chesapeake Bay. The city of 240,000 has a long history as a strategic military and transportation hub; it is home to the world’s largest naval base, Naval Station Norfolk, and its deep-water channels serve as a major trade artery for the import and export of both domestic and international goods. Today, the 66-square-mile city also serves as the commercial and cultural center of the Hampton Roads communities whose combined population approaches two million.

Recently, the City of Norfolk has played host to many development and redevelopment projects, with over $1 billion in new private/public investments and the addition of close to 6,000 new jobs. Chuck Rigney is the Director of the Economic Development Department for the City of Norfolk, as well as the Executive Director of the Economic Development Authority, a quasi-independent entity that helps market the city, has the ability to issue bonds for economic development purposes, and awards project grants for worthy initiatives. He describes some of the city’s most recent economic goings-on:

“There’s a tremendous amount of activity in the City of Norfolk,” he begins. “Especially in the last three or four years, we’ve seen a tremendous surge in activity, and a lot of it is the culmination of planning over the years and good work on the part of past and present city councils and city managers.

“Norfolk made national headlines, last year, for the establishment by Automatic Data Processing (ADP) of 1,800 jobs in our downtown, in their first urban setting. Traditionally, they had been in suburban office park developments and, as good fortune would have it, we had a 278,000 square foot, vacant office building in our downtown that was available to be shown. And as they came in and began to study what that might look like and all the other things that we had going on in downtown Norfolk that would appeal to their caliber of workforce, in particular, Millennials and those younger  folks just coming out of school, we had the kind of environment that they felt would be very attractive.

“We have a very livable, walkable downtown, we have a light rail system, we’re bike-friendly, we have a number of apartment projects in our downtown to house employees, we have shopping, dining, and entertainment. And we were fortunate that they selected downtown Norfolk. They’ve currently hired about 500 people of the 1,800 or so, maximum workforce that they intend to bring on board within the next year.

“The developer that purchased that empty building, Marathon Development Group, also purchased the adjacent, former Bank of America office tower, which was 80 percent vacant. They decided to convert it to residential and they’re renovating that building with about 350 market rate and luxury apartments. So now, downtown Norfolk, with these two buildings adjacent to one another, has been fortunate to have them both completely rehabilitated. And with ADP’s 1,800 workers, and some 500 people who will be living in the building next door, that complex will now have about 2,300 people a day coming in and out of these two buildings – a tremendous surge in population and in growth that we were fortunate to benefit from.”

Rigney explains that getting the ADP project was part of the City’s overall strategy to promote vertical development in a metropolis that is 98 percent built out, and has almost half its property off the tax roles as a result of being home to both the Virginia Port Authority, with the second busiest port on the east coast, and the United States Navy, which has the largest naval installation in the world.

“Those are tax exempt entities,” says Rigney, “so we have to go up in Norfolk, not out. So, we are looking for vertical type office developments, and as we redevelop Norfolk, it’s always in mind that something would either have to be rehabilitated, or torn down in order to make way for the new. That’s our strategy for urban revitalization and that’s what we kind of specialize in.

“In order to broaden and diversify our economy, however, we also go after retail. Last year, we landed both Simon Premium Outlets, with a 332,000 square-foot, 85-store, Phase One, Premium Outlet development, and the region’s first IKEA, which alone, in one store, will have 331,000 square feet. Simon Premium Outlets is scheduled to open up in June of this year, and IKEA projects that they will open in the fall of 2018. So, those are two significant retail developments.

Then, there’s an area called the Military Highway corridor and the Military Circle which is a mall dating from the 1970s that has seen better days; the anchors, Sears, Macy’s, and JCPenney, all closed in the last few years. When the JCPenney property became available – a 200,000 square foot store, with about a 1,500-space parking lot, spread over about 15 acres – we, the Norfolk Economic Development Authority, made an offer of $2.5 million on what is assessed at $9 million, and bought the old JCPenney building.

“Further, the City of Norfolk, buying into our vision of a long-range, 50-year plan to revitalize the Military Highway corridor, loaned us $18 million to completely renovate the 200,000 square-foot JCPenney building into two floors of office space. And we’ve been able to attract Movement Mortgage, which is a huge, nationwide mortgage business based out of Charlotte, North Carolina, and they are taking the entire first floor of the property – some 90,000 square feet. They’ll occupy it June 1st of this year with over 750 employees to begin with, with an additional 200 to be hired over the next 3 months.

“And Sentara Health Systems, which is the dominant healthcare provider in our area, is going to lease 45,000 square feet of the available 90,000 square feet on the second level, and they too, will occupy on June 1st, with over 200 new employees. So, as of June, the former JCPenney building will have been converted from a dead space of 200,000 square feet into an operations facility with jobs approaching 1,000, with growth to approach 1,300 new jobs. And we still have about 45,000 square feet available to lease. And that’s Phase One of a multi-year plan, called Norfolk 2100, where we intend to revitalize that entire corridor over the next 50 years to include high-density residential, office development, limited amounts of retail, and the extension of our light rail system.

“Going back downtown, we also have two new developments that are game changers for the City. One is a new $164 million public/private partnership with Gold Key International for a 300-room, luxury Hilton Hotel that will be atop the City of Norfolk’s new conference center called The Exchange, which is a 55,000 square-foot, technologically-best in the country conference facility. With a luxury Hilton Hotel and a state-of-the-art conference facility, we will be able to attract new dollars into downtown Norfolk that we had not been able to attract before, both because of the age of our existing hotels downtown, and the space limitations of their ballrooms and conference meeting facilities.

“Both the Hilton project, called The Main Hotel, and our Exchange conference facility, sit on top of a City of Norfolk-owned parking garage. The investment in the Hilton Hotel, the private portion, was about $64 million, and the component of public money was almost $100 million. And that money had been set aside for many years in a public amenities fund, specifically devoted to the development of a new hotel and conference facility. We had been putting money into a lockbox, so to speak, specific to that need and we were very fortunate to get Gold Key to come in with their new luxury hotel, which opened on March 31st.

“On our riverfront, across the street from the Hilton, is the Baltimore-based Cordish Companies. They’re pretty well-known internationally for the development of entertainment type districts, and they have taken an old, 1983-era development that sits on the Elizabeth River in our downtown and completely rehabilitated it with a $40 million investment to be known as The Waterside District.”

The Waterside District is already 100 percent leased; its tenants include national restaurants like Guy Fieri’s Smokehouse and PBR, local favorites, such as Cogan’s Pizza and the Rappahannock Oyster Company, as well as the Starr Hill Brewery and the Blue Moon Taphouse. It’s scheduled to open the beginning of May.

“The way that we believe that it will pay off for our city,” Rigney continues, “is that our riverfront has many amenities and features: we have Harbor Park, which is the home of the minor league farm club for the Baltimore Orioles; we have the Navy Museum; and the Nauticus, a maritime-themed science center and museum, which is adjacent to the Half Moon Cruise and Celebration Center, where cruise vessels tie up.  And all of this is along a walkable riverfront with esplanades and amenities to enjoy. So, re-opening The Waterside was a goal of the City, and through surveys that we did with the public, was something they wanted to see. And looking at our options, we realized that if we could re-open a similar type concept, we would achieve great success.

“All of these venues will open within the next 18 to 24 months. That’s one heck of a great amount of investment in our city, and it really does burnish our credentials as the ‘Capital City of the Hampton Roads Region,’” says Rigney in summation. “We are doing great things in Norfolk in order to be able to bring in new tourism dollars, bring in new conference center business, provide amenities for our Norfolk residents, and generate a lot of new tax revenue. And all of those things are now coming to fruition.”

WHO: Norfolk, Virginia
WHAT: A city of 240,000
WHERE: The Hampton Roads region at the mouth of the Chesapeake Bay
WEBSITE: www.norfolk.gov 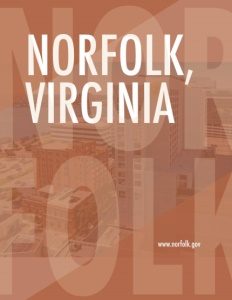