One traffic light from 40 million people

Bounded by the Delaware River to the west and anchoring the eastern terminus of the Delaware Memorial Bridge on its shore, Salem County, NJ is a small farmland community with big city resources. Formed in 1694, the County seat, Salem City, is one of the region’s oldest settlements. It also happens to be home to the oldest running rodeo in the country. “It runs every Saturday night in the summer,” says Charles Hassler, a Salem County Freeholder. “It’s the only one east of the Mississippi,” offers Kathy Mills, Director of Economic Development, Cultural Affairs, and Tourism.

While the County’s economy depends mainly on agriculture (wheat, barley, and soybeans) and manufacturing, with an emphasis on chemicals (the Chemours Chamber Works facility is located on 1,400 acres in Deepwater, NJ), its officials say they’re responsive to other kinds of businesses and engines of economic growth. “We’re always seeking economic development,” says Hassler. “With that, what we’ve got to offer in Salem County is the location. We have interstate 295, we’re at the base of Delaware Memorial Bridge, and we have the New Jersey Turnpike, all within a stone’s throw of each other.” 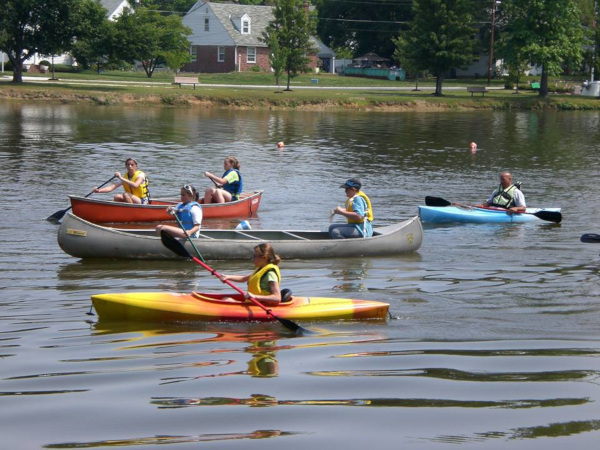 Other industries that make a notable economic impact are the County’s railway and shallow-draft port. “The port of Salem is a designated United States Foreign Trade Zone (FTZ),” Hassler continues. “Although it’s not a deep vessel, it can take pretty large ships in and out of there. We’re also rebuilding our railroad system in the county. The railway will lead from this Port of Salem all the way out to the next county, which ties into the national railroad system. We have rail, we have water, we have the highway. Everything’s available in this county.”

“We’re open for business,” Mills affirms. “And we’re small enough to help businesses. Here, you have direct access to government, which doesn’t always happen in larger places. There’s plenty of will to assist people in doing what they need to do, and in getting the right people at the table so that it happens.”

With its population of 63,000 holding steady, the County is optimistic that it can develop a more resilient economy. Salem County takes full advantage of the Opportunity Zones program—a federal tax incentive designed to drive long-term capital investments into low-income rural and urban communities—and invests in its workforce through partnerships between Salem Community College and the surrounding industries.

“Carneys Point and Salem City – they each have very active economic development people on their staff,” says Mills. “If you know anything about New Jersey, you know it’s sub-rural. Each town wants economic growth. They’re all engaged in the process. It’s not just a county function. And with the Opportunity Zones being a federal program, that helps attract people to probably the two poorest sections of the County. What we’re trying to do here is diversify. We have some incentives through different groups for small businesses. The State offers incentives, too. We also work very closely with the State’s Business Action Center to help people, whether it’s through a rural development grant or tax credits. Grow New Jersey provides tax credits as well.” 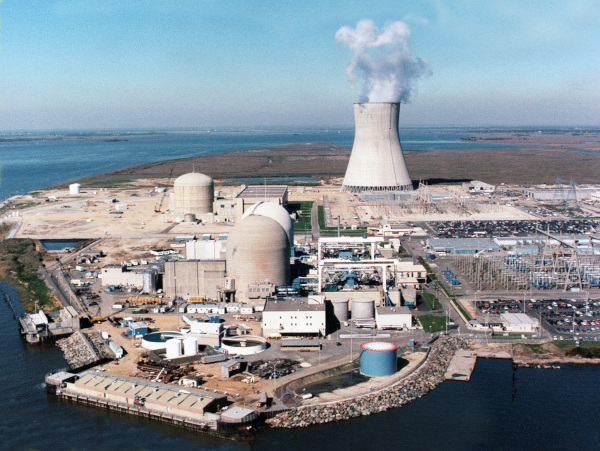 “I often refer to us as the educational epicenter of the County,” says Michael Gorman, President of Salem Community College. “If it involves learning, it should involve us. We have three specific programs that move right into the workforce with Associate’s degrees. Our Nuclear Energy Technician Program supplies the Salem Nuclear Power Plant in the southern end of the County. We probably have 15-20 graduates on an annual basis that are going there, and that’s a 2,000-person operation. We tailor the program to what their needs are. We also have a very healthy Nursing Program that’s done extremely well over the last few years. Nearly 100 percent of our students are passing the State Boards, which is almost unheard of. Because healthcare is becoming an increasing part of our labor force, that’s an important component for us to be able to satisfy. The third program, which is unique to us, is our Glass Program.”

Salem College is the only community college in the U.S. to offer this specialized degree. It’s a bifurcated program: one side leading to an applied science degree in Scientific Glass Technology and the other, a fine arts degree in Glass Art.

“The scientific glass blowing goes back to the old DuPont days,” Gorman continues. “When they needed glass blowers, they, basically, turned it over to the college. We’ve run with that program ever since. We’re the MIT of the scientific glass blowing world. Our students get jobs all over the country. We sent two off to Amsterdam recently. As a community college, we have more out-of-state students percentagewise than any other college in the state. We get students that come as far away as Botswana to pursue the Glass Program. When it comes to feeding not just the County, but the region, as far as the labor force goes, we’re right there. We just opened up a truck driving academy to help offset some of that demand.”

One of the obstacles to economic growth in the County has been the perception of high taxes, but Mills cites some of the advantages that come with owning a business in Salem County: “We’re located next to major highways and 40 percent of the United States’ population is within a day. We have everything any kind of business would need, including an educated workforce.”

“We’re not hesitant to talk to anyone, about anything,” says Hassler. “We’re a farming community. We have approximately 37,000 acres of farmland preserved acres in this County; the largest in the State of New Jersey. But there are still a lot of opportunities out there for land access.”

“A couple of years ago, we launched something called the LOVE Campaign to try and promote the area,” adds Gorman. “‘L’ is for location. As Kathy mentioned, we’re in a prime location—I’d say we’re one traffic light from 40 million people. The ‘O’ is for opportunity. We have a good deal of space upon which people can build. We have facilities that are standing that can easily be converted. There’s a lot of cooperation to do things of that nature. ‘V’ is for values. One of the charming aspects of Salem County is that it has these very old-time, country values that are really the essence of who we are here. The ‘E’ is for energy, because it’s a rather energized opportunity. There are a lot of people that want to see things happen and will jump on board to help facilitate.”

Earlier this year, the State of New Jersey released a draft energy plan (Draft 2019 Energy Master Plan) outlining an initial blueprint for the total conversion of its energy profile to 100-percent clean energy by 2050. “Solar farms are starting to pop up,” says Hassler. “People are asking more and more about these solar farms, so we intend to develop those in the County.”

Salem County officials also consider quality of life to be an attribute that counts as much as infrastructure and location when it comes to driving economic growth in their area. “This is a great place to live,” says Gorman. “I chose to do so since 1981. If you’re looking for that country kind of feel, I always refer to Salem County as one big small town. The rest of the world has six degrees of separation, but around here it’s only two. Everybody knows someone who knows someone. There’s a charm about that that sometimes gets lost in modern society. There’s a sense of belonging, of cohesion, of neighborliness. People really do have a sense of caring. There’s empathy here that I really admire and wouldn’t trade for anything.”

WHERE: Southwestern NJ, on the Delaware River