Bristol, Virginia – A unique city with a rockin’ future

A unique city with a rockin’ future

Opening a Hard Rock Hotel and Casino in Bristol, Virginia, blends the city’s heritage with a vision for the future. Known as the birthplace of country music, the city was incorporated in the mid-19th century when two different railroads met at the border of Virginia and Tennessee. This location fostered a culture of cooperation that helped a mountain valley community become the commerce and entertainment destination of a five-state region.

With voters having approved the Hard Rock project in November, Bristol, Virginia is ready to show the world its unique combination of natural beauty, big city amenities, and modern infrastructure. “Hard Rock is an internationally known brand and they’ve decided that Bristol really is a good place to be,” says Mayor, Bill Hartley. “Then, I think it helps us attract other businesses that may now give us a second look and say, ‘wait a minute, Hard Rock saw something there in the quality of life, in the cost of doing business, in the workforce; and if they saw something, we don’t want to overlook it either, so let’s look at this.’” 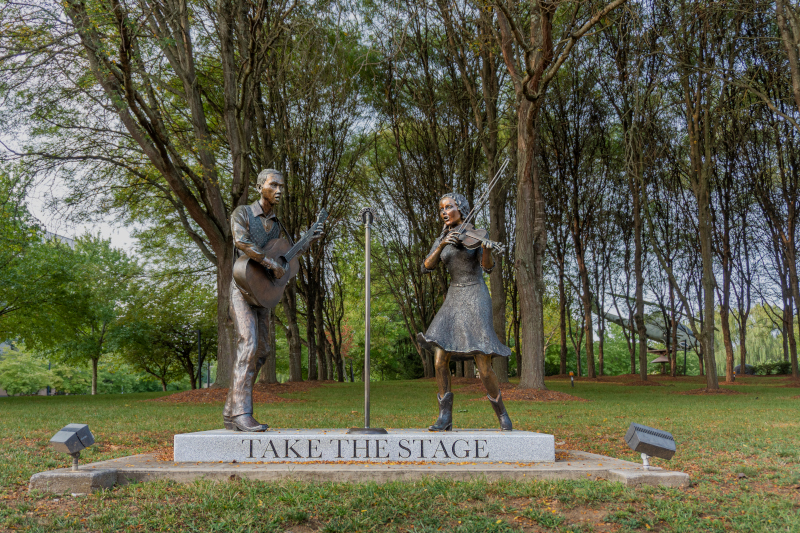 There is certainly plenty to see in and around Bristol, Virginia. The city is home to about 17,000 residents and the 24,000-square-foot Birthplace of Country Music Museum, an affiliate of the Smithsonian Institution. It’s about 20 minutes from the Appalachian Trail, as well as some of the best trout fishing in the world. And for those who want something a little more fast paced, the 162,000-seat Bristol Motor Speedway is just 15 minutes from downtown.

Together, Bristol, Virginia, and Bristol, Tennessee, are home to about 45,000 people. “In fact, we’re unique in that the main street of our city is the state line between Virginia and Tennessee,” explains Hartley. “So we are really one community that is split into two states and two cities. And because of that, each side of town has its own city government, its own police department, its own fire department, its own school system. There are different state laws that affect a lot of things, different systems of taxation, but yet when it comes to tourism and economic development and promoting the region, particularly anything in our downtown which straddles that state line, we try to work together as best we can as one community for the benefit of all.”

Coming together is literally what the community was built on. The Virginia and Tennessee Railroads reached the state lines in 1856. That once incongruous convergence is what led to early development. Originally the railroads used different gauges. Trains would have to stop so their cargo could be unloaded and reloaded on a different train on the other side. Entrepreneurs saw an opportunity and Bristol became the biggest commercial hub within a 100-mile radius. The community still benefits from transportation infrastructure. It’s located within an eight-hour drive of about 75 percent of the U.S. population thanks to the Interstate highway system. Bristol sits right along Interstate 81, which runs north all the way to the Canadian border. I-81 also provides access to a number of other highways that help connect the region.

Businesses that need large tracts of land tend to locate in the area around Bristol, because the city itself is only 13 square miles. But there are a few major manufacturing operations within those limits. One is Strongwell, a company started in 1965 that now produces fiber reinforced polymer products for customers across the globe. Strongwell has four locations, but its headquarters and largest manufacturing facility is located in Bristol. Dominion Carton, a full-service box design, fabrication, printing, and fulfillment company, is headquartered in Bristol. Air purification company Aerus LLC, formerly Electrolux, has a location in the city, as does the snack food manufacturing company, Shearer’s.

There is also an array of small businesses in and around Bristol. The region is a haven for artisans that produce handcrafted goods. The city is known for its restaurants, breweries, and even a distillery. Owners of those businesses meet with city and state officials on a monthly basis to discuss workforce development. Partnerships extend into the local education system, where high schools try to develop curriculums that can teach the skills and provide the certifications needed in the region. 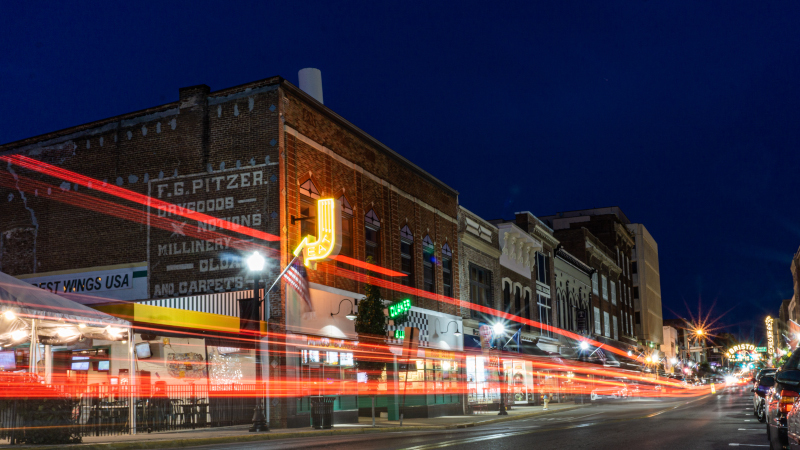 When it comes to post-secondary education, Virginia Highlands Community College is located about 15 minutes from downtown Bristol. King University, a private Presbyterian-affiliated institution, is just over the state line in Bristol, Tennessee. At the four-year level, East Tennessee State University is about 40 minutes away in Johnson City, Tennessee and University of Virginia-Wise is about 75 minutes to the north. Several of those institutions have heeded Virginia Gov. Ralph Northam’s call to address the state’s need for information technology professionals.

“At the high school level they have classes and certifications in cyber security,” reports Hartley. “You can go on to the community college and get a two-year degree, an associate degree, in that. Then you can go up to the University of Virginia-Wise and get one of the four-year degrees that they currently have in cyber security. So you can stay right here in this region and get that kind of training.” Those who want to live in the area can expect a choice of housing options from new subdivisions, as well as mixed-use developments.

The city’s historic commercial district downtown is undergoing a redevelopment that’s 20 years in the making. In many cases, the availability of a historic property tax credit has helped make renovation more popular than demolition. This has led to creative reuse projects, such as the Hotel Bristol that was built in a converted office building next to the Birthplace of Country Music Museum. And the Sessions Hotel repurposed an old flower mill and incorporated that history into its decor with pillows that resemble old flower sacks.

As with most projects in Bristol, the city has had numerous partnerships to facilitate this redevelopment.

“Interstate Realty has worked on development here in Bristol for a number of years,” recalls City Manager, Randall Eads. “They have been instrumental in helping economic development within the city. And they continue every single day. They work hand in hand with us for opportunities to bring businesses here to Bristol.”

The Hard Rock project is a partnership between United Company and Par Ventures that will repurpose an old shopping mall. Once it’s finished in a few years, it’s expected to create somewhere in the neighborhood of 2,000 jobs. That has residential developers eyeing Bristol, along with people who may be looking for the benefits of rural America while still having some of the entertainment options of a big city.

“There are two things that attract people here to Bristol,” says Eads. “You have the low cost of living, comparable to a lot of the metropolitan areas where we see people moving from, but yet you also have a lot of those city amenities that they may be used to. Not to the degree that you’re going to find in large metropolitan areas, but when you combine everything that we have through our entire community of southwest Virginia, and with east Tennessee, you have a variety of things that people can spend their time on and enjoy.”

What: The birthplace of country music; population 17,000

Where: On the state line separating Virginia and Tennessee