A retail hub and more

Roseville is a city in Ramsey County, Minnesota, just north of Saint Paul and east of Minneapolis. Roseville’s land was originally home to the Dakota and Ojibway peoples. The first white settlers came in 1843, six years before Minnesota became a territory. Rose Township was established in 1858, named after one of the first settlers, Isaac Rose. The township included the areas now known as Roseville, Lauderdale, and Falcon Heights, as well as parts of present-day Saint Paul and Minneapolis.

Farms and nurseries dominated the area until the 1930s when commercial development arrived, attracted by the wide-open space, convenient location, and the railroad. The area saw rapid growth through the 1930s and 1940s, and Roseville incorporated as a village in 1948. Falcon Heights and Lauderdale soon followed suit, and Rose Township ceased to exist. Roseville’s population and commercial development grew dramatically during the 1950s and 1960s. Today, Roseville, with a population of approximately 36,300, is a mixed-land-use community with a strong residential base and vibrant retail. It has become the commercial hub of the northeastern metro area. 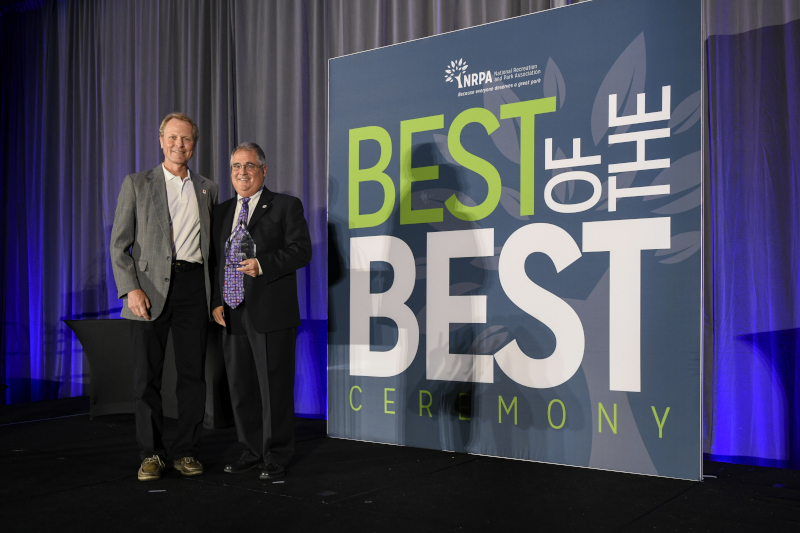 According to Community Development Director Janice Gundlach, the city has been very busy over the last few years with redevelopment projects. “Roseville is essentially fully developed,” she explains. “The only appreciable way to grow our tax base is through redevelopment.  We don’t have much vacant greenfield land available, so it’s important that we redevelop underutilized property. While our current development boom in Roseville can certainly be tied to an overall strong economy, I also think much of it began back in 2016, when the city’s Economic Development Authority (EDA) drafted and adopted a public finance assistance policy. That established clear expectations to the development community about what the city wanted, and what type of development it potentially would support. Since that policy was adopted, the city has done a substantial amount of redevelopment.”

“The city has also focused on bringing good jobs to the community. These efforts are beginning to attract companies like Colder Products (CPC), which is currently completing its new corporate headquarters here in Roseville,” Gundlach continues. “CPC’s new 135,000-square-foot building will bring nearly 350 new jobs to Roseville. CPC’s project is a great example of what the EDA really set out to accomplish – not only bringing in a new corporate headquarters and a large number of high-quality jobs, but also because it is being built on a site that was environmentally blighted. They were able to take a site that was not being used to its potential and convert it into a $26 million project that will benefit the city for years to come.”

“The city has also been focused on job retention; making sure that existing Roseville businesses are able to stay in Roseville,” Gundlach adds. “There are two job retention projects – the first one is McGough Construction Co., Inc. They’ve been in our community for a long time, but needed more space. They were able to secure a site immediately adjacent to their existing facility and build a new headquarters. They were able to preserve an existing warehouse facility, and add new office space to it, which allowed them to display their capabilities as a contractor and developer. That $17 million project has been well-received by people in our community. It also allowed the city to assist in removing environmentally hazardous materials like asbestos and lead contamination from the property.

“The other business retention project was for Tareen Dermatology. The business has been in Roseville for some time and has been growing consistently, but it needed new space. Many of Tareen’s clients are ageing and it was important for her to stay in the community. The city was able to provide public finance assistance for the business to build a new, 40,000-square-foot, two-story, medical office building, which allowed the city to retain 60 quality jobs. It was also a site that had contamination issues, and the city was able to contribute financially to clean up that property.

“Generally when the city gets involved with providing public finance assistance for a project, there are usually soil contamination issues present, and these projects would likely not happen if not for that assistance.  Beyond the expense of contamination removal, projects can be challenged by expensive labor, construction materials, and land costs. Most of these projects are all located in an area in Roseville called Twin Lakes, which historically has been an area dominated by trucking terminals due to Roseville’s geographic location and easy access to I-694, I-35W, and U.S. Highway 36. The historical uses of those truck terminals created contamination issues. At Tareen Dermatology, the City contributed $650,000 of assistance, some of which was earmarked for environmental cleanup. On the CPC project, with assistance from the city, Ramsey County, and the state of Minnesota, more than $3 million dollars was made available. With McGough, the assistance, including environmental investments, was just over $1 million.” 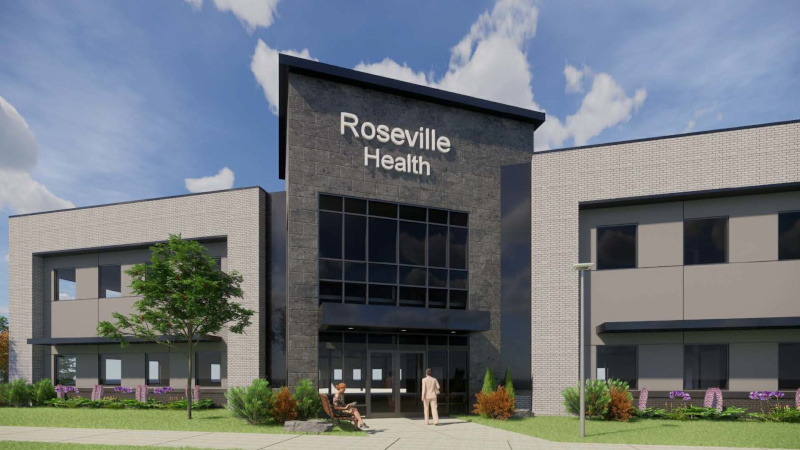 According to Gundlach, the city is also focused on revitalizing an area located at the corner of Rice Street and Larpenteur Avenue, a neighborhood in the southeast corner of the community where the cities of Roseville, Maplewood, and Saint Paul meet.

“The city is interested in reinvesting in the Rice and Larpenteur area and revitalizing it,” she reports. “It is an area that has a lot of low-income housing and it’s important that we renovate and preserve affordable housing so everybody has a safe place to live. I would expect to see some investment in the coming years through the Rice & Larpenteur Alliance that’s been created with the neighboring communities of Maplewood and Saint Paul, as well as Ramsey County.”

Roseville is one of the leading retail centers in the upper Midwest, with a history that goes back to the mid-20th century. The first McDonald’s in the state of Minnesota was built in Roseville in 1957, and the first Target store was built there in 1962. The city was also home to the first Barnes and Nobile bookstore outside of New York City. The Roseville Dairy Queen, also first in the state, is currently on the Preservation Alliance of Minnesota’s list of the 10 Most Endangered Historic Places. Today, Roseville’s main commercial/retail center is the 1.2 million-square-foot Rosedale Center that was originally built in 1969 and currently hosts 12 million visitors a year.

Since Roseville doesn’t have a traditional downtown, most of its commercial activity is centered around Rosedale Center in the west end of the city. Some years ago, the city revised its zoning ordinances to permit housing in what had historically been a commercial/retail district, and over the next five years, Rosedale Center is planning to invest more than 200 million dollars in its property. The project is proposing to add more than 560 units of housing – 350 units of general occupancy housing and 212, 55-plus active adult housing units; new office and hotel space; as well as new restaurant and retail establishments. “Rosedale is really going after the live, work, play mentality,” Gundlach states.

Roseville is also a community that is heavily invested in green and sustainable practices. In the spring of 2019, in partnership with iDeal Energies, the city built a solar PV system on the City Hall campus.  A total system of 205 kW is now fully operational at City Hall, the Fire Station, and the Maintenance Facility. In August of last year, Roseville was recognized as a gold-level city by SolSmart, the U.S. Department of Energy-funded recognition program for communities that have taken steps to reduce solar costs and barriers while promoting the goal of making it faster, cheaper, and easier to go solar.

Since 2012, Roseville has been a participating member of Minnesota’s GreenStep Cities Program, the state’s voluntary challenge, assistance, and recognition program to help cities achieve sustainability and quality-of-life goals. On May 31, 2019, Roseville was awarded the achievement of Step 3, having completed a total of 64 actions in five categories: Buildings and Lighting, Land Use, Transportation, Environmental Management, and Resilient Economic and Community Development. As Roseville moves towards completing Steps 4 and 5 in the next few years, the city will need to monitor and report various sustainability metrics such as Tree Canopy, LED Street lighting, Vehicle Miles Traveled, Stormwater, Renewable Energy, Greenhouse Gas Emissions, Wastewater, and more.

“Our permitting policies are very easy for people who would like to introduce solar, and there’s continued focus and effort on doing what we can to be greener here at City Hall,” Gundlach says. “One of the objectives of the public finance assistance policy is more green and sustainable development.  The EDA, if it is able, would consider contributing money toward new development projects that incorporate more sustainability into the overall design. I would also add, the city purchased its first Plug in Hybrid (PHEV) this year, and intends to purchase more electric vehicles as existing vehicles come up for replacement.”

Finally, Roseville is also proud of its parks and recreation facilities. There are 32 public parks in the city, covering 679 acres, with 67 miles of trails. Roseville is one of only five cities in Minnesota to be CARPA (Commission for Accreditation of Park and Recreation Agencies)-accredited by the National Recreation and Park Association (NRPA), the leading non-profit organization dedicated to the advancement of public parks, recreation, and conservation. The Harriet Alexander Nature Center, an oasis nestled within the borders of Roseville’s Central Park, has a boardwalk and trails that circulate through 52 acres of marsh, prairie, and forest habitats.

The Roseville Skating Center is a unique community facility, with an indoor ice arena, North America’s largest sheet of refrigerated outdoor ice, an outdoor skate park, and multi-purpose banquet/meeting rooms. The Roseville Cedarholm Golf Course is a par-three, nine-hole, course conveniently located just north of both St. Paul and Minneapolis.  The course is lined with beautiful gardens and mature trees and can consistently be played in less than two hours by golfers of all ages and abilities.  It also has an architecturally attractive, 5,000-square-foot community building available year around for rental events such as weddings, birthdays, anniversaries, etc. Parks and Recreation also offers a wide variety of recreational programming opportunities for all ages and abilities.

WHERE: Ramsey County, Minnesota, north of Saint Paul and east of Minneapolis

Founded in Minnesota more than 40 years ago, CPC (Colder Products Company) has built a successful, growing global company by focusing exclusively on critical points of connection within fluid management systems.

Today, more than 400 employees are based in CPC’s new headquarters in Roseville, Minn. Another 100 employees are located in Germany, China, and a dozen international sales offices. CPC products are sold by 200 distributor partners around the world. Our 10,000-plus connector options make fluids—and business operations—flow seamlessly.

Whether CPC is partnering with the best-known names in an industry, our dynamic employee team, or people in the communities in which we live and work, we know great connections matter. We’re proud to create new ones every day and keep them for years to come.