St. Clair Township, Ontario – All about the river 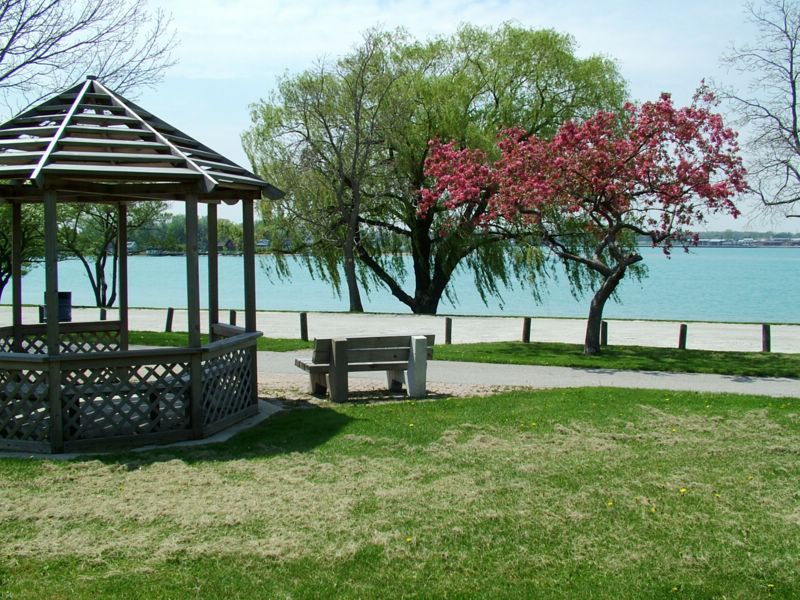 The Corporation of the Township of St. Clair is a lower tier municipality in the County of Lambton in southwestern Ontario, Canada. This picturesque riverside district is home to nearly 15,000 residents, and a sought-after place to live, work and play. Ideally situated within 15 minutes of a U.S. border crossing into Michigan, the 640-sq.-km. municipality has much to offer tourists and locals, alike, including golf courses, museums, camping, calm countryside, historic small towns, and a trail system that extends almost the full length of the Township along the beautiful St. Clair River. What’s not to love? Businesses are thriving in the industrial park, as are many other large industries located throughout the Township.

BVM: Can you explain the tiered governing system for St. Clair Township?

Mayor Arnold: “St. Clair Township is made up of two lower tier municipalities that amalgamated in 2000/2001. Sombra and Moore Townships came together and were renamed to reflect the fact that we shared the St. Clair River. We have a two-tier governing system – our local government, and the upper tier which is Lambton County. Sarnia (pop. 75,000) is the largest of 11 municipalities of the County.

“St. Clair Township is comprised of the villages of Sombra, Corunna, Port Lambton, Brigden, Mooretown, Courtright, and Wilkesport. All but two are along the St. Clair river. The municipality owns 8 km. of riverfront that includes 11 provincial parks and passive parks, as well as campgrounds, and several boat launch areas. Because of that, tourism is a major factor.

“We also have a fantastic waterfront trail that links our villages, the St. Clair River parks, and connects to the County and Canada-wide trail systems. It took 19 years to create and we just finished.”

BVM: How are you set up, transportation-wise and land-wise, for industry?

Mayor Arnold: “Kings Hwy 40 connects to the 402, which goes across the Blue Water Bridge into the Point Edward/Sarnia area and down into Chatham, where it meets the 401. And the St. Clair River, itself, is an active transportation hub with facilities for large vessels to dock. The Shell dock can handle two, 1,000-ft. freighters for loading and unloading.”

BVM: What industries drive your economy?

Rodey: “We are home to many large industries – Shell Nova has three ethanol manufacturing facilities here; Suncor has the largest ethanol facility in Canada here; CF Industries is a major player in agricultural chemicals. We also have numerous businesses that do machine shop work, welding and cutting, and building modules. LamSar Inc. has a facility in Sarnia and put another one here with the goal of producing industrial modules to ship worldwide. We also have two large solar farms (300 and 350 acres), so we do embrace green energy.

“The industrial footprint is very small, compared to the agricultural footprint – 82 percent of our total land mass is agricultural land and forest cover. Today, it’s not unusual to be farming 1000 to 6000 acres. The old 200-acre family farm is pretty much gone, just because of the price of equipment.”

Mayor Arnold: “Our industrial park is 85-90 percent full, with only a few smaller parcels available. We aren’t looking at adding more to it right now because we don’t want to get too far ahead of ourselves in growth. We already have between seven and eight thousand acres zoned industrial for people wanting to do heavy industrial development. The local folks looking at expansion know this community is all ready to go for them.

“One of the power plants from Mississauga came here because we are quite knowledgeable about energy, and able to tie them into the U.S. and other parts of Canada. They just finished that build about eight months ago. Gas-fired energy producing plants –  Greenfield Energy Centre and Greenfield South Power Corporation – were part of the deal when the Lambton Generating Station shut down, and Enbridge also has a gas distribution and compression hub here.

“Unique to this community are vast underground caverns of porous rock, perfect for storing and retrieving hydrocarbons. That’s another reason many industrial facilities are interested in locating in the Township. In fact, salt brine is processed out of old oil and gas wells in St. Clair Township and Lambton County, and we ship it through a series of pipelines to Michigan.

“When you think of having such a large transportation corridor (everything going to the upper Great Lakes, on ocean-going or lake vessels, crosses our western shores), and all the major pipelines (28) under the river, the safety record is impeccable. We’ve never had a pipeline incident here because they’re buried deep under the silt, not sitting on the bottom.”

Rodey: “Our population is growing at a slow rate. Lambton County’s population of 128,000 hasn’t increased more than ten thousand in the last 20 years. There hasn’t been a lot of growth in the chemical valley during that time and a lot of the refineries are getting older.”

Mayor Arnold: “Computerization and distributed control systems have had an impact on development in every industry sector, where we used to pride ourselves on having a lot of employment opportunities, not as many people are needed now with technological advancements. CNC machines have replaced a ton of manual labour in machine shops. Skill levels are getting higher for jobs in chemical operations. Even agricultural processes are automated, and farmers need to learn basic electronics repair to keep equipment like self-guided tractors functioning.”

BVM: How are you attracting people to live and do business in St. Clair Township?

Mayor Arnold: “You need a good water supply, proper sewage treatment, parks and recreation facilities, and cultural facilities. If the municipality does those basics right, then people with far more expertise and knowledge will come and bring their people to grow the community and create more opportunities for others. One thing we don’t have is a large commercial area. Our large community of Corruna is lumped in with Sarnia for big franchises. So, if Walmart, for example, is looking to expand, chances are they’ll go to the large population area.”

Rodey: “We do have a lot of smaller retail businesses in the community, and specialty shops along the river. Down the road we’d like to see a choice of nice restaurants with Toronto-style cuisines locate here. Because we have so much waterfront, we feel that would be successful. We also have two vacation islands in the St. Clair River that we supply with municipal water. Stag Island and Fawn Island are popular summer destinations. Fawn Island actually has no more room for development; they’re just taking down the old cottages and building new.”

BVM: What’s happening in the way of green/sustainable initiatives in the Township?

Rodey: “In terms of shoreline protection, we’ve been ripping out old seawalls and replacing them with armour stone, which is more conducive to habitat. In addition, we’ve done a fair bit of park development. We always had concerns because our downstream neighbour, Walpole Island First Nation, still takes their drinking water supply from the St. Clair River, so we’re very sensitive about what we do with the water flow.”

Mayor Arnold: “We did two large projects in Wilkesport and Brigden – installing sanitary sewers and sewage treatment plants. That cleaned up the adjacent Sydenham River immensely. We’ve also done green initiative studies on our arena and other buildings, but the structures aren’t strong enough to support solar panels. We do help facilitate private investors, though, including 650 acres of solar installations on buildings, so we have been successful that way. We also changed 1700 streetlights to LED, and received rebates from Hydro One for that.

“Another initiative is installing buffer system infrastructure along our municipal drains, so we’re not contributing to the phosphorous increase in the Great Lakes basin. We’ve partnered with the St. Clair Regional Conservation Authority, Shell, and Enbridge to do tree planting, and reclaim marginal farmland with tall prairie grass and trees. We’re taking ‘brownfields’ out of the vocabulary. ‘Almost greenfields again’ is what I like to call them.

“Down the road we’ll continue to do everything we can to mitigate issues for the good of the environment. That’s going to become part of doing business.” 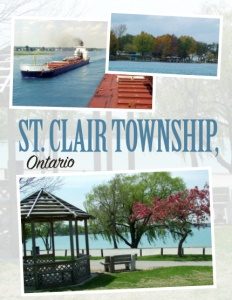