The Los Angeles Memorial Coliseum – The greatest stadium in the world 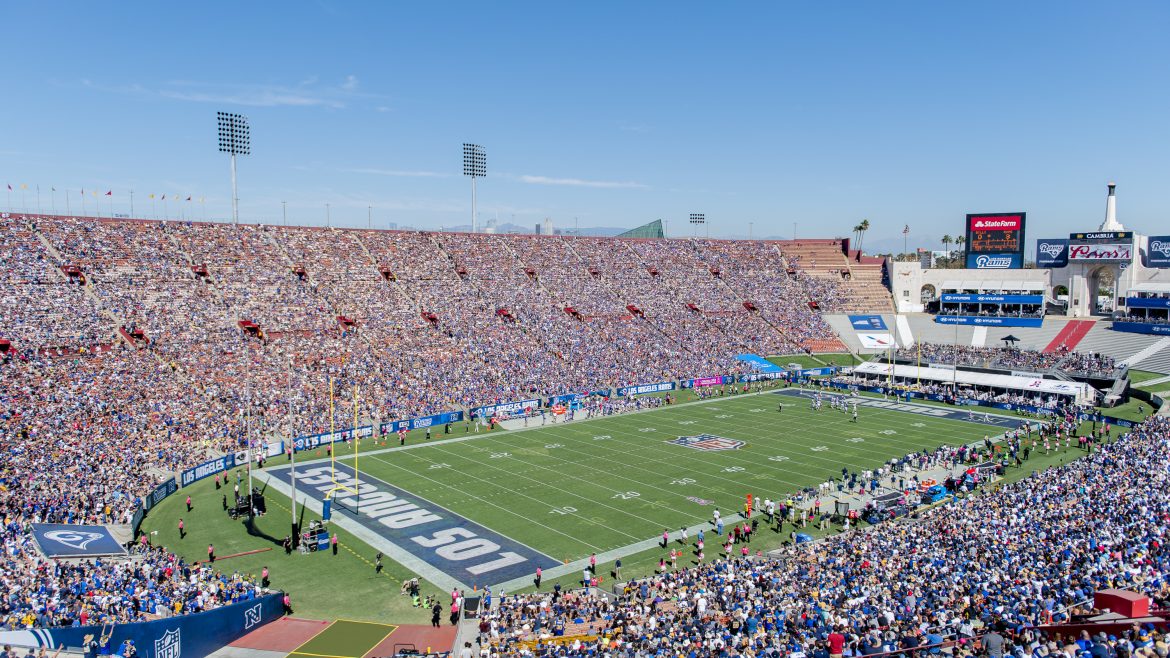 Business View Magazine interviews Brian Grant, the L.A. Coliseum’s Director of Operations, as part of our focus on the revitalization of American cities.

The Los Angeles Memorial Coliseum was originally commissioned in 1921 as a memorial to L.A. veterans of World War I and, in 1968, was rededicated to all U.S. veterans of the “Great War.” When it opened in June 1923 at a cost of $954,873, it was the largest venue in the city with a capacity of 75,144. On October 6th of that year, the first football game was played in the stadium – the University of Southern California defeated Pomona College 23-7 before a crowd of 12,836. In 1930, with the Olympics due in two years, the stadium was extended upward to seventy-nine rows with two tiers of tunnels, expanding the seating to 101,574. The stadium’s signature Olympic torch was also added above the peristyle at the east end of the stadium, and for a time, the facility was known as Olympic Stadium.

In addition to serving as the home field for the USC Trojans since 1923, countless historic events have taken place inside the Coliseum, which was declared a State and Federal Historical Landmark in 1984. They include two Olympiads (X and XXIII), two Super Bowls (I and VII), one World Series (Dodgers vs. White Sox in 1959), a Papal Mass (Pope John Paul II in 1987), and visits by three U.S. Presidents: John F. Kennedy, Richard M. Nixon, and Ronald Reagan. On March 29, 2008, the Los Angeles Dodgers and the Boston Red Sox set a Guinness World Record for the largest attendance ever at a baseball game with a crowd of 115,300. Other historic events include Billy Graham’s appearance in 1963 in front of 134,254 (still an all-time Coliseum record), and Nelson Mandela’s 1990 triumphant return to the United States.

Last year, the venue became the temporary home of the Los Angeles Rams of the National Football League. “So we’ve got one full NFL season with the Rams under our belt and we expect them here for at least another two years,” says Brian Grant, the Coliseum’s Senior Facility Manager and Director of Operations. “In addition, we’re a very popular site for the film and television industry in Los Angeles; they shoot commercials, TV shows, and full-length feature films in our venue. And we do pride ourselves in engaging the community in other private events – anything from a 150-person dinner to a 75,000-person soccer match. We’re here for everything. Those of us working here think this is the greatest stadium in the world.”

Grant adds that the venue has a booking and marketing staff that actively advertises the stadium. “They’re involved in making cold calls out to clients and networking and building custom events,” he states. “So, not only are we putting on events, we’re actively trying to self-promote to create unique and valuable event content. We also field calls for other events that come in, and keep an active list of the repeat business we do; it’s always good to have returning clients that understand the way the building functions and desire to do their events here, year over year.”

In 2013, the management of the Coliseum was transferred to the University of Southern California, whose staff of 40 full-time employees manages the facility. “We lease the land and the building from the state, and then we manage it on their behalf,” says Grant. “As part of that deal, we are contractually obligated to at least $70 million in improvements to the facility over the next ten years. It’s a jewel in the university’s crown that they take very good care of and have a very strong reverence for.”

That $70 million is only a small part of a major renovation project that Grant says will take place over the next 24 to 36 months. “Between now and July of 2019, we’re scheduled for a $270 million renovation that will basically redefine the south half of the building and create a separate building within a building concept for a private, luxury box tower and press box,” Grant reports. “They’ll be 20 founder suites, roughly 50 individual suites, and then a collection of loge boxes and club seats, as well, leading into a brand new, modern press box and roof deck.” In addition, the stadium will have a new sound system, new and upgraded concession stands, upgraded entry concourses, new lighting, and a modernization of the plumbing and electrical systems.

Last, but certainly not least, the renovation will also add eight new scoreboards – four on field level, one above the tunnel, one on the historic peristyle, and two in the northeast and southeast corners of the facility. “We have a very large screen on the west side of our building that was put in, in 2009, but in the 94 years of the Coliseum, there were no modern scoreboards included in the design. So they will allow us to bring in a multitude of visual technologies and screens that a building of this age would be hard-pressed to find,” says Grant. “By the time we’re done installing this, we’ll have one of the most visually appealing and impactful board setups in the country. We may not necessarily have the biggest board, but we’ve got a lot of content throughout the building that can integrate the entirety of the building all at the same time.”

“Once we finish that construction, our capacity will go from 94,000, where it is now, to just over 77,000 in its final configuration,” Grant adds. “One of the other nice things we’re going to be able to do in this renovation is: all of the seats in the seating bowl are going to be changed out. So of the 77,000 that will remain in our capacity, every single one of those will be a brand new seat. So, imagine our seats from the 1960s and ‘70s finally being replaced with brand new material. It will be a nice, comfortable environment for everybody who comes to the Coliseum, whether they’re in the tower or not.”

While some may question the elimination of 17,000 seats from one of America’s iconic stadiums, Grant maintains that the diminution is in the venue’s best long-term interest. “Hundred thousand person events, nowadays, are very, very hard to sell and market,” he explains. “Putting us in that 77,000 range still keeps us on the high end of capacity for venues of our type, but 77,000 becomes more realistic for large scale concerts, sporting events, and things of that nature. And it puts us in a nice realm for the Olympics, as L.A. looks to finish off the proposal for its 2024 Olympics bid. All of those things work better for us with capacity in the 70,000 range than they do in the 90 and 100 thousand range.”

Finally, Grant touts the importance of a marriage between an historic building and a contemporary renovation. “We’re tying modern elements into a national landmark,” he avers. “The ability to do that is fairly unprecedented in our environment. Doing that type of work is once in a lifetime in terms of how something like this happens. So, it’s a pretty big deal for everybody out here and it will be a nice moment if L.A. is awarded the 2024 Olympics. We’ll have a nice new Coliseum to show off.” 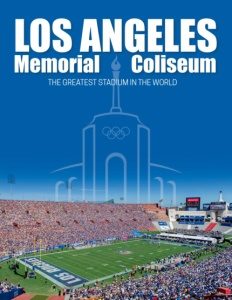