Containers for aerospace and defense

Business View Magazine interviews Gene Gregory, President of PRC Composites, as part of our focus on the composites industry.

PRC Composites LLC of Ontario, California designs and manufactures composite containers and engineered molded products for the defense, aerospace, transportation, safety, and infrastructure sectors. The company was originally founded 45 years ago as the Plastics Research Corporation, a Santa Fe Springs-based manufacturer of fiberglass containers for the military. It was acquired by partners Gene Gregory, the current company President, and his partner, Mike Medel, in 2000, who then moved the firm to Ontario. In 2015, Medel sold his shares of the company to the First Nations Capital Partners (FNCP2), a private equity firm organized by members of the Colusa and Rincon tribes, which now owns a controlling interest in the renamed PRC Composites. 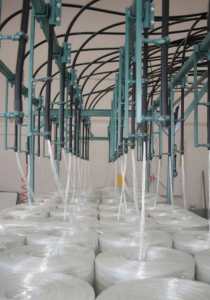 Today, the company’s main business is making containers for high value items. “There are three primary ways that people transport high value items,” Gregory explains. “They can be in wooden crates; there are certain people who transport them in metal – either aluminum or steel containers; and then there are the composite containers that we make.” And, he believes that for the type of high value items that its customers ship, their product is far superior to either wood or metal because composite containers are reusable, they can be completely sealed, and they’re much lighter than steel and generally lighter than heavy volumes of aluminum.

Eighty percent of the company’s business is as a contractor for the U.S. Department of Defense and a supplier of shipping containers to the commercial aircraft industry. Its 120 employees work out of a 100,000-sq.-ft. facility in Ontario, and another, smaller building the company recently acquired in nearby Chino, when it bought Globe Plastics, a small injection molding firm, last August. “We’re also getting involved more in commercial applications,” adds Gregory. “We’re trying to diversify to allow for the ups and downs and some of the challenges in the other industries.” Other products that PRC manufactures include manway covers for service stations and ADA, or tactile tile, that is used on street corners to notify the blind that they’re about to walk out into traffic.

But composite containers are still the company’s mainstay; it has two long-term, major military contracts and one with a major commercial airline manufacturer. “The first one is for General Atomics,” says Director of Engineering, Thomas Aktins. “We’ve been making the containers for all of their Predator drones since 1995. These were originally made in smaller volumes than they currently are. So, the manufacturing process is of an older type – this open mold arrangement which was suitable at the time in the late ‘90s and early 2000s for the volume that they had.”

More recently, though, Atkins says that the volume of the aircraft being manufactured increased dramatically, and the design has been changed, as well. So, the company went to work to reconfigure the internals of its container in order to accommodate the new design while staying true to the legacy manufacturing process that the military requires from its contractors. 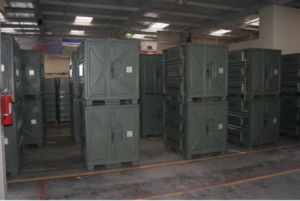 “There was a lot of throwaway dunnage – the bubble wrap and tape and things they used to package up the small components within the aircraft,” Atkins relates. “Those were problematic to the end user in that they would blow away or cause flaws in the aircraft and not be easily re-prepared when they needed to re-ship the container. So, we instituted a shadow box design which had dedicated cut outs in some foam that were permanently installed in the container so that they could put all the small parts in the container without having to use throwaway dunnage. It also gains a visual inventory to make sure that they don’t forget one of the small pieces. There’s nothing worse than transporting an aircraft halfway around the world, opening it up, and then you can’t use it because they forgot one part.”

“So, we were able to upgrade a legacy design, eliminate their throwaway dunnage and give them a more reliable package to make sure that the asset was available when it was opened up; and it protected all the small parts better,” Atkins adds. “In 2005, we made five containers a year, and now we make more than 50 or 60 a year.”

Another long-time defense client is the Boeing Corporation. “Theirs is a container that was designed to be a one-way container because shipping empty containers back is very expensive for the government,” Atkins avers. “So, it was designed to be a low-cost shipping and storage container from the beginning. One of the ways we made it low-cost was being able to ship it in a high density, and in an empty condition. When they leave here in Ontario they go to two locations at Boeing to have the components put in. And then, the components are shipped to the end user. After they take the components out, the container is retired. The construction material is very land-fill friendly, so the military is able to dispose of them without putting toxic materials into the water or ground.”

PRC’s commercial contract is with Airbus, the European aircraft manufacturer. “It’s for the jet engines, themselves,” says Atkins. “Jet engines are moving away from aluminum to composite pieces. These composite pieces are much higher cost than the aluminum equipment, but their weight savings makes the operation of the aircraft much more fuel efficient and cost effective. Our customer makes these composite components in a variety of different places; there are pieces that are made in Malaysia, Singapore, Viet Nam, Texas, and here in California. Yet, all of the pieces end up in France to be assembled onto an Airbus aircraft.

“In the legacy arrangement, they put all of these components in wooden crates and then they’re air-shipped from all of those destinations to France. Then, the containers are disposed of in France. And because of the disposal laws in France, because they have screws in them and foam, they can’t just be turned into mulch; they have to be incinerated. So, there’s a cost to dispose of the containers. There’s a cost in transportation, in having components of a size that can only fit in a cargo aircraft, and the containers have to be procured every time they have another part – most of the components were one crate, one part. 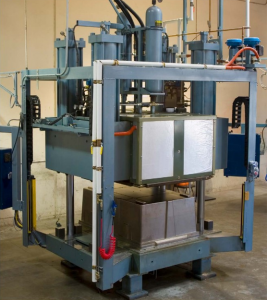 “We took on this challenge to reduce their shipping costs by packaging more components within a container, sizing the container so that it could be transported by ocean, which cost less, having it designed so that it could be re-used a number of times, and shipped in a high density container environment. So, we ship containers to the manufacturers of the components, they ship the components that they manufacture to the end location where they’re assembled, and the containers get reconfigured back into the high density environment, empty, and go back to the supplier, again. It greatly cut their transportation costs; it cut their procurement of the containers. And shipped in a higher density, they can build ship-sets of things, while better protecting the components. These containers are rain-tight and shock suspended and restrained in such a way that the transportation environment doesn’t do any damage to the components.”

Brian Beach, Head of Compounding for PRC Composites stresses that the company’s commitment to custom-formulate its products, as well as its adherence to its state-of-the art design protocols, is what gives it a competitive edge. “We formulate based off of performance and that can be anything from strength to density to custom coloring to flame retardancy, UV stability, and even light weighting and specific gravity. So we take, not only the performance requirements for the customers, we also take the molding and the manufacturing requirements. We tailor them and come up with a process and a product that will meet the customer’s requirements.”

Check out this handpicked feature on Stern Companies: A Single Source for Polymer Components.

WHAT: Designs and manufactures composite containers and engineered molded products 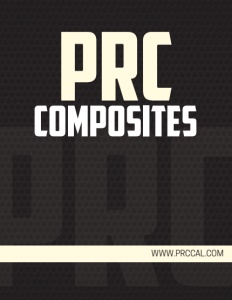