Business View Magazine interviews Roger Conzelmann, President of BC Instruments, as part of our focus on the Canadian manufacturing sector.

BC Instruments, headquartered in Schomberg, Ontario, has been providing precision machine parts and assembly solutions to its customers in the aerospace, plastic injection molding, medical, nuclear, and electronic industries since 1971. The company was founded by Bruno Conzelmann, who, according to his son Roger, the company’s current President, began the business with two manual machines in the one-car garage of the family’s home.

“He had come from Germany in 1957 and worked for a number of years at machine shops, working his way up,” Roger recounts. “He had an entrepreneurial spirit and recognized an opportunity to start something on his own, so he took the plunge. He was looking to do smaller precision parts, ideally in the aerospace industry. He had been working in Toronto, and had a few contacts with companies that he had worked with, and saw the opportunity to provide better customer service and to make life easier for the customer. His motto was ‘look for an opportunity, make a commitment, and keep the commitment.’ And, if he did that, then he’d continue to get opportunities. So, that’s been our mode of operation, all along.” 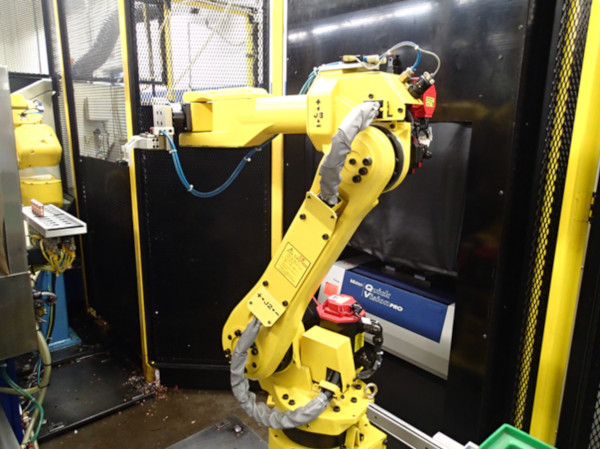 Today, BC Instruments, which specializes in the manufacture of components and assemblies requiring close tolerances, has its company headquarters and four plants is Schomberg, two buildings in the town of Orillia, and a recently-purchased building close to where Bruce Power has begun refurbishing six of its eight nuclear reactors. “We bought a building where we’ll be doing some kitting and, eventually, some manufacturing,” Roger says. “So, now, we have seven buildings in Ontario; we have about 150 people, and our sales hit $30 million last year.”

Roger explains that the company’s business model for each of its five divisions is to work with a few companies on long-term basis, with Quality Assurance, Human Resources, and financial requirements centrally controlled. “We don’t have any sales or marketing,” he notes. “We have very few customers, and each manufacturing division is either industry or customer-focused. Each section manager is almost like a president of that division, and they focus, typically, on one or two customers. So, we have one person who looks after power generation for our nuclear customers; one looks after injection molds; one looks after aerospace, etc. They’re very focused on their customers’ needs, specifically, and not worried about the other industries. The nuclear industry contracts take years; it’s probably a ten-year opportunity between our facility and Bruce Power. For injection molding, the contracts are days; so it’s a whole different dynamic. So, our growth is solely dependent on the customer’s growth. Our strategy has always been to try to look for an industry leader and then partner with them. For injection molding, we have one main customer for over forty years. In medical, we’ve done work with one company for almost 20 years, and that’s allowed that section to grow – just out of that one customer.”

BC Instruments has a global footprint for its products, shipping them as far away as Europe and China. It also has a sister company in India. “BC Instruments, Private Ltd. just celebrated its 15th anniversary,” Roger states. “We started with just three people in India and now we have another 100 people in that location. That’s run as a separate company and it’s a similar strategy, mission, and vision – very focused on meeting customer needs. The reason we started that was because a number of our customers had become international and it was becoming difficult to support them from this location, when we considered shipping delays, and so on.”

Regarding the competition, Roger admits there’s a lot, but adds that BC Instruments has certain advantages over the rest of the industry. “It’s not that difficult to get into machining,” he says. “Equipment is readily available and it’s easy to get financing. So, we have competitors who have small shops with a couple of people and we have competitors, our size, with 150-200 people. But, we try to make life a bit easier for the customer. We aren’t just the standard milling and turning; we do higher complexity with difficult materials. We do laser welding; we do electron beam welding in-house; we’ve added a clean room; we’ve added an ultrasonic machine for fired ceramics; we put a 3D printer in to do model prove-outs and tooling; we’ve added robotic cells to some of our equipment to increase efficiency; we’ve tried to stay current with vision systems for inspection; and we’re trying to make ourselves a more efficient supplier for some of our customers who would have needed to go to multiple locations, to come to our shop. On site, we have a sister company that does non-destructive testing, processing, anodizing, Chem Film, plating, Tie Cad – things like that. So, on our main campus here in Schomberg, it makes it easier for the customer – it’s almost like a one-stop-shop – and that’s difficult to do on a small scale. So, maybe someone can compete with us on a small scale by buying similar equipment, but it’s difficult having a clean room, or having electron beam welding onsite, so I think that has minimized the competition over the years.”

A current challenge for the company is finding new, young workers who want to carve out careers in this highly skilled, technical field. “The key is to find people who recognize the opportunity in this industry,” Roger remarks. “So, we’re trying to work a bit more with local colleges and high schools to promote that it’s a great industry to get into, that it’s not the machine shops of old. Almost everything here is computer-controlled; it’s clean, fast paced and always something new around the next corner. So, there’s potential for a very successful, long-term career for boys and girls who are looking for a challenge. There’s always going to be the need for technically competent machine shops. No matter what we’re doing – power generation, electric vehicles, medical advancements – it doesn’t really matter. We need to make parts, somehow. Even if they’re printed, you still need to make the machines that print the parts, so our industry tends to adapt to whatever the needs of current society are. So, there’s always going to be opportunity in the machining industry; it will take different forms and different technologies, but there’ll always be that opportunity. There’s endless potential for generations to come.” 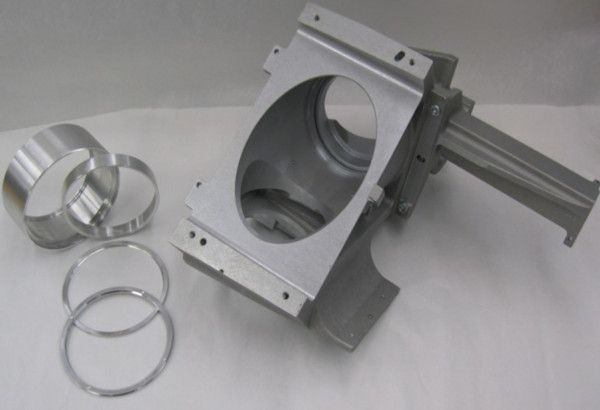 In an effort to train those young workers, each one of the company’s facilities will typically take on student interns, each summer, to get them exposed to the industry. The company also promotes itself at job fairs, but, in the end, Roger believes that local governments and school boards need to re-introduce technical curricula as low as the grade school level, as was the case many years ago. In that regard, though, he is hopeful. “It will turn again,” he asserts. “But it will take time. It’s a big ship that takes awhile to redirect.”

Meanwhile, Roger maintains that BC Instruments needs to become, what he calls, “the employer of choice.” “How do you make the environment ideal for people who want to make this a lifelong choice?” he queries. The answer, he reflects, is to look at the problem from the relationship side. “We try to build relationships based on mutual trust and respect,” he explains. “If you do that on the customer side, you’ll continue to get opportunities; if you do it on the employee side, they’ll get the opportunities. They’ll advance; they’ll get more technically competent; they’ll get more comfortable taking on challenges and with challenges comes responsibility. And by doing that, it will help us meet our customers’ needs. So, if we have that balance – the business side of being a supplier of choice, and also being an employer of choice, it’s sustainable, and we should be able to continue well into the future.”

Contemplating that future, Roger says that a long-term company agenda is to continue to be globally competitive by eliminating waste in all its forms. “So, we’re trying to instill the concept of continuously taking small steps towards eliminating waste in everything we do,” he explains. “How do we make sure that we eliminate the wasteful things that we do – in communication, in producing something, in working with customers? If you can get people to think that way, starting with the leader of the company, and then throughout the operation, that we look at things from the position of where are the opportunities to do what we do more efficiently. Can I take a small element of waste out, whether it’s a step, or an operation, or a tool? It doesn’t really matter. We see it in some industries; they’ve become so efficient. It’s the Amazon concept and it is going to keep growing. You eliminate a lot of the waste of procuring a consumable item to the point where it becomes extremely efficient. We have to do the same in how we take a raw piece of metal and change it into a part, or how we take powder and make it into a component for a train, or a plane, or an automobile – whatever it is. And if that becomes the norm – that continuous looking to take away a little bit of waste on a daily basis – if we do that effectively, then we will be competitive on a global basis and we should never run out of work because there’s always something that has to be made to allow society to continue.”

In the end, Roger believes that it all comes down to a few key focuses. The first is relationships. “They are critical for us,” he states. “It’s what allowed us to be successful. If there isn’t a relationship that’s built on trust and respect, then there’s no use proceeding. The lasting relationships are paramount. Also, ‘recognize opportunity, make a commitment, and keep a commitment’ – that’s probably what we would define as the foundation for success. The third thing would be for individuals to take responsibility for thoughts, actions, and results. If we do that from top to bottom, then we have the potential to be successful.”

WHAT: A manufacturer of precision machine parts and assembly solutions

Two Fundamentals of our FK culture are to DELIVER RESULTS and ALWAYS ADD VALUE. As an AutoCrib Premier Distributor we design innovative solutions that create accountability and transparency to save you money. We are proud to be partners with BC Instruments helping them lower their Total Costs of MRO Ownership.