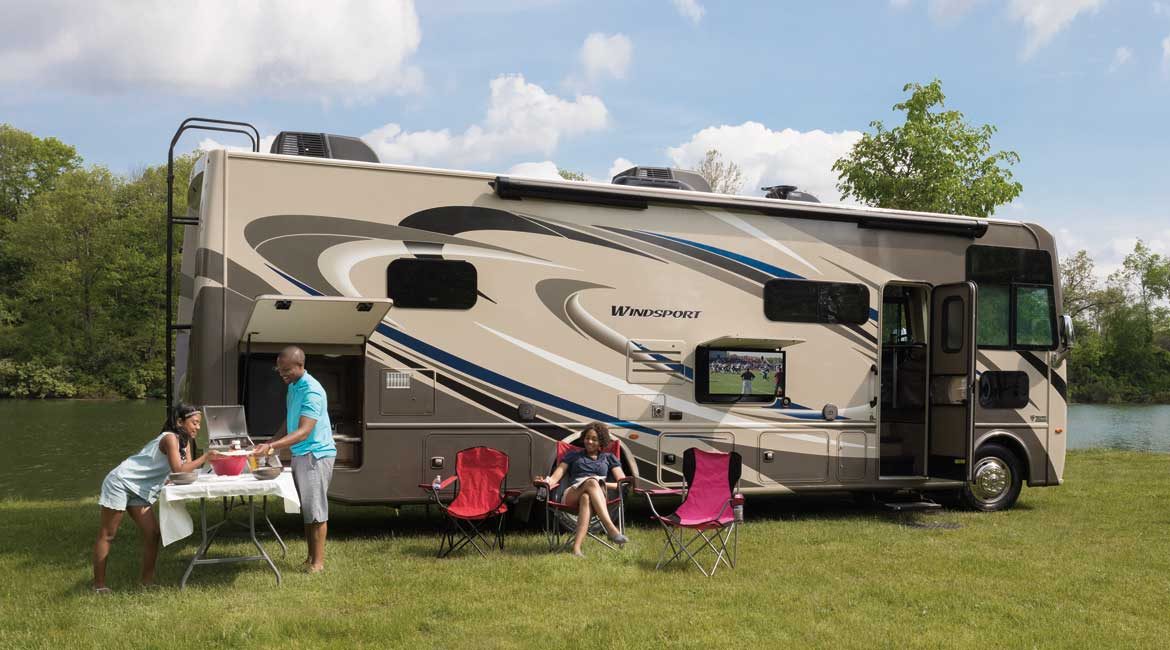 Thor Motor Coach, located in Elkhart, Indiana, is a manufacturer of recreation vehicles, producing nearly one out of every four motor homes sold each year in North America. The company is a division of Thor Industries, Inc., which gets its name from the last names of its two founders, Wade F.B. Thompson, and Peter Busch Orthwein. “Thor Motor Coach came into existence in 2010,” says company CMO, Jon Krider. “There were two companies involved – Damon Motor Coach and Four Winds International. Because of the tough times that hit the industry in 2008-09, we looked at the overall market, we looked at the leadership of the two companies, and it was decided to use that synergy and create a new company.”

Today, Thor Motor Coach has 2,600 employees who work out of four campuses with a total of approximately two million square feet of manufacturing space in the Elkhart area. The company serves the entire North American market and a few global markets outside of the U.S., including Italy, the United Kingdom, Dubai, Oman, Saudi Arabia, and Japan. It has a network of over 450 dealerships throughout North America and overseas.

“There are a couple of things that set Thor Motor Coach apart,” Krider explains. “First: we only build motor homes; we don’t build any travel trailers, or fifth wheels, or any other kind of product. And we don’t do anything custom. Second is the overall breadth of our product lineup. We produce motor homes that go from 23 feet all the way up to 45 feet and start somewhere around $50,000. That’s about the same price as a new, mid-sized SUV, except in ours, you can stand up, prepare a meal, sleep, shower, and use the bathroom. It’s all self-contained, with a generator, air conditioner, everything for about the same price you’re paying for a seven passenger SUV.”

“Of course, we go all the way up to $400,000 and now you’re talking about something that’s built on a very large, Freightliner chassis that’s 45 feet long with slide out rooms that are 30 feet long,” Krider continues. “So, we’re at the mid-low end of the market. We have plenty of competitors out there that are well into the five, six, and seven hundred thousand dollar range. Those are certain segments of the market that we just decided we’re not going to play in because it only equals ten percent of the overall market and we’re going to focus on the 90 percent.”

In addition, Krider says that its large distribution network gives the company another distinct advantage over the competition. “It means if you own a Thor motor home, whether you need service or parts, you’re going to find a location very near you and find someone who knows about the Thor motor home product,” he says.

As the company’s Chief Marketing Officer, Krider explains that Thor Motor Coach’s main marketing focus, these days, is largely digital. “We have found that more traditional routes like TV or radio advertising don’t pan out in any real return on investment for us,” he says. “So, we focus the majority of our advertising at the general public through social media, through our website, and through digital media campaigns and email. We have 450 dealer locations promoting our product at the grassroots level. And then we’re pushing those dealerships to consumers looking for our product and enhancing that experience directly from the manufacturer.”

Krider believes that the contemporary consumers of recreational vehicles are more sophisticated than they were in the past, which means the way the company sells its products has had to change. “People really sit down and look at the specifications,” he says. “They look at what they’re going to get, what they’re not going to get. They understand quite a bit about the manufacturers and the real value proposition that each manufacturer offers. And, like with the auto industry, you get a lot of people that are advertising their pricing on the internet. So, people are educated; they understand what the selling price for a vehicle is before they walk in the door, and then they’re trying to put the best deal together for themselves.”

Over the next several years, Krider believes that the demographics of RV buyers will also be changing – so the industry will have to change its products to attract the new market. “60-plus Baby Boomers are the majority of our buyers, right now. But over the next five years, we’re going to see a decline in the Baby Boomer market,” he explains. “We’re going to see an increase in the Gen X market. And we’re really going to see an increase in the millennial market, which is in that mid-thirties range, right now. When we see those people in five years, we are going to be concentrating on getting them excited about getting out and camping.

“Also, we want people to see the motor home industry, not only as a way to recreate, but also as a perfect work environment. It allows you to be where you want to be. It allows you to take your work and your home life with you; to connect to the web, to get social media feeds and home entertainment. You’re going to see a lot of the technology that you see in homes, and what you see in cars, start to migrate toward the RV business. People are going to have expectations that when they hop into their motor home, they’re going to get the same level of convenience that their automobile gives them from the cab area, and they’re going to expect the same kind of connectivity and convenience in the living portion of the motor home, too. So, we have a real challenge to pull those two entities together and make it feel more seamless.

“And we’re going to see people wanting more fuel-efficient vehicles. We’re already seeing people who are looking at motor homes that are thirty feet and under and we’re seeing people moving down a little bit from 35, 36, 37 feet, because either they live in a more urban type area and they don’t have the same type of rural space to store one of these motor homes, or they can’t justify the reason why they would buy something that’s so big that they’re only going to use a few weeks of the year.”

According to Krider, Thor has been, and will continue to be, the leader in engineering motor homes that consumers want. “We’re the innovator in the market; we’re the one that introduces new market segments. We have a product called an RUV – a Recreational Utility Vehicle. We designed this off of two platforms that weren’t being used in the market. First, is the new Ford transit chassis, which just recently came into the market; and we’re the first one out with a Diesel engine and with slide out rooms and all the stuff you’d expect on a traditional motor home, but compacted down into a sleek, European looking, 23-foot motor home. It’s very innovative. The other thing that we produced is the smallest Class A motor home on the market. You can get into a 25-foot, gas-powered, Class A motor home in the $70,000 range. It gives you the big windshield for majestic looks of the mountains, big storage, but it’s small and compact, and not nearly as wide. You can parallel park it on the side of the street, you can drive it downtown New York, and at 25 feet, it’s only three feet longer than a Chevy Suburban.

“So, we produce products that we call ‘made to fit,’” says Krider, summing up. “We build a motor home that will fit your lifestyle and your budget. Thor Motor Coach has blazed the trail and created those market segments and everybody else has followed us. Thor Motor Coach is the company that’s going to find the next big thing.”

WHO: Thor Motor Coach
WHAT: A manufacturer of recreation vehicles
WHERE: Elkhart, Indiana
WEBSITE: www.thormotorcoach.com 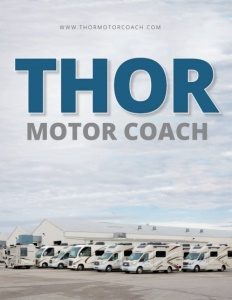