“If a city doesn’t invest in itself, no one else is going to invest in it,” declares James Fenton, Executive Director of the Gallatin, Tennessee, Economic Development Agency (EDA), whose website is appropriately named: Gallatin Gets It. What Fenton, the EDA, and the City of Gallatin all “get,” is that in order to attract new business and maintain its standing as the employment hub for Summer County and the northeast quadrant of the Nashville Metropolitan Statistical Area, this city of 34,000 on the Cumberland River needs to continually invest in itself by improving and updating its infrastructure. And that is precisely what Gallatin does.

“For the last 40 months, the city has seen about $220 million in capital investment,” says Fenton, who adds that 2,700 new jobs have been created over that period in the manufacturing, medical, and retail fields. “That’s been a great boon for us and it wouldn’t have been possible without the city investing in itself.  And we continue to do that.”

Nick Tuttle, Gallatin’s City Engineer talks about some of the recent city projects that have helped it increase its business activity, as well as its population: “Back in 2009, we finished the first phase of our downtown streetscape, right around our public square,” he begins. “We went in and took up streets and sidewalks from face-of-building to face-of-building. No work had been done in the downtown area for a long time; vendors and owners had come and gone and there wasn’t a lot of consistency in the historic downtown area. So the city really wanted to do some work there. We had that first project that envelopes the square and the court house. After that, we started branching off and were able to complete several more phases, down each of the streets that come off of the square. We finished another streetscape project in 2011 and another in 2013.”

The last phase of Gallatin’s streetscape project was the completion of the Town Creek Greenway, a two-mile corridor of bike and pedestrian trails that linked together two previously unconnected greenway projects, as well as providing direct pedestrian access between downtown and Triple Creek Park and the Gallatin Civic Center on the northeast side of town. “It created some great connectivity,” says Tuttle. “That’s one of the things that people are really interested in when they’re looking to move to a community. They talk about greenways and other recreational amenities that are available.”

Rosemary Bates, the Economic Development Agency’s Special Projects Director says that the streetscape projects cost approximately $3 million, much of it paid for with funds leveraged from other sources. “Most of that money came from federal grants, where the city only had to put in 20 percent,” she says. “Summer County also contributed a chunk of money to the project because it’s the County Court House that’s on the square. The Greenway projects were approximately $5 million for the three parts.”

Bates believes that these redevelopment projects have significantly improved the look and attractiveness of downtown, helping to generate a different mix of retail businesses, there. “We’ve gone from primarily an office complex area to one-of-a-kind restaurants, retail shops, boutiques, and an art mall venue where local artists have booths,” she reports. “Because the streetscape was done and the downtown was new, one of the most successful projects that was started by the city was a summer concert series. Once a month the square is closed off and a couple of thousand people come downtown. It’s a family event. It’s free to the public and, of course, the people patronize the businesses. But it also showcases the downtown and draws interest, not only from Gallatin and around Summer County, but from middle Tennessee, as well. So, it’s been one of our signature events that’s created an opportunity for us to market ourselves outside our city.”

While Gallatin’s revived downtown is drawing new businesses and people to the city’s core, large firms in its industrial areas already employ thousands of Gallatin residents and thousands more who commute to the city for work, every day. “We have 17,000 people a day who drive into Gallatin for jobs and only about 10,000 that drive out,” says Fenton. “So, we have a higher daytime population than nighttime. It’s been a long-established fact that people come to Gallatin for jobs.”

Some of the city’s major employers include the 2.7 million square-foot GAP Clothing Distribution Center and several tier one automotive suppliers who have added hundreds of thousands of square feet of new construction and several hundred more jobs. “And just opening and starting to produce is the Beretta Arms Company that moved out of Accokeek, Maryland and relocated here to Gallatin,” Fenton says.  “They looked at 80 sites around the southeast, before choosing Gallatin. Their general counsel said, ‘Everything they needed, they found here.’”

“A large part of that was the fact that the city invested in itself,” Fenton asserts. “It purchased land for an industrial center, and spent the money on it. It put roads in; utilities were in place also. So that investment in itself was directly responsible for the oldest, family-owned business in the world – they’ll be having their 490th anniversary here in October – a worldwide, recognized brand name, to come to Gallatin. We are also the corporate headquarters for Servpro Franchises, worldwide, and the North American headquarters for Samick Music. Several companies with a worldwide footprint are based here in Gallatin.” The city is also home to Volunteer State Community College, one of the city’s largest employers and the Summer Regional Medical Center, which is the county’s largest employer.

One unique advantage that Gallatin offers both potential and current businesses is that the city owns all of its own utilities: gas, water, sewer, and even electric. “Recently, those departments have undertaken some pretty massive expansions to accommodate our growth,” says Bates. “And we have great rates. That’s what helps us attract business and industry.”

Fenton elaborates: “It makes the conversation so much easier when we have prospects coming to talk to us. We’re able to sit everyone down in the room with no concerns about fiefdoms that sometimes exist with utility companies,” he says. “More importantly, with us owning, we are able to look to the future and make investments. We have utility infrastructure through large swaths of land that are primed for development, already. We don’t have to wait for it once somebody decides to come and invest. Three years ago, we finished a $30 million wastewater treatment facility. It’s very advanced and we have excess capacity. They’re already working on increasing and upgrading our water intake treatment so that we get to stay ahead of the curve. The electric company is putting in new substations before they’re needed. They’re working with the TVA provider to make sure that we have what companies need when they move into the area. And we have the lowest residential electric rates in the Tennessee Valley Authority area – and some of the lowest industrial rates, also. That’s because we own it.”

As long as Gallatin continues investing in its infrastructure, and its own utilities, its future success as the employment hub of the region seems assured. Fenton praises the city for putting “so much money, time, and effort into itself.” He also gives credit to a determined and persistent city government that, over time, made the necessary investments. “The leadership over the years that had the foresight, and, sometimes, just the sheer will to go ahead, has made all the difference,” he declares.

WHERE: Northern Tennessee, about 30 miles northeast of Nashville

All Access Coach Leasing LLC – All Access Coach Leasing LLC, based in Gallatin, Tennessee, provides professional entertainer tour transportation. The company has over 20 years of experience in the entertainment industry, driving for some of the country’s most successful tours. Its large fleet of quality tour buses is available for lease for artists based in Nashville, Memphis, Lexington, Atlanta, Boston, New York, Oklahoma City, and other major cities across the United States. In addition, All Access Coach Leasing has the best professional drivers, quality onsite repair services, and a bonded and insured cleaning staff. – www.allaccesscoach.com 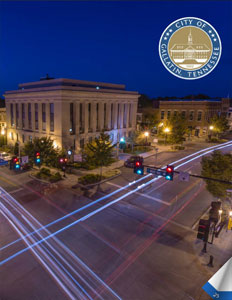