On a lean journey

Business View Magazine interviews representative from the Quality Steel Corp., as part of our focus on best practices in the tank and pressure vessel industry.

Quality Steel Corporation of Cleveland, Mississippi, manufactures and delivers aboveground and underground propane, ammonia, and dispenser tanks and pressure vessels for residential, commercial, small industrial, and agricultural use. According to Company President & CEO, Sean Wessel, the firm was founded in 1957 by his wife’s grandfather, Lowry Tims. “Lowry was in the retail propane and butane business, back then, and realized there had to be a better way to make a pressure vessel,” Wessel recounts. “So, eventually, he got into the pressure vessel business. His experience as the State of Mississippi’s LP gas inspector also helped propel him into the industry.”

“Mr. Tims really started this thing out of frustration,” adds Vice President of Sales, Lynn Hardin. “At that time, there were, probably, 40 different tank manufacturers around the country, and he became frustrated with the quality of product that he was getting. That’s what led him to say, ‘it can’t be that hard to build a good propane tank; and it can’t be that hard to provide good customer service,’ which is something he always strived for in his retail propane operation.”

“My father-in-law, Jim Tims, took over from Lowry,” Wessel continues. “He was one of four brothers and Jim bought out the business from the other three, over time, and had 100 percent ownership up until about 2004. In 2004, Jim was of the opinion that he wanted to share the fruits and labors of the business with his employee base, so, they established an employee stock ownership plan (ESOP). So, today, our company is a family-owned and employee-owned company.”

“We actually have a family of businesses,” he adds. “Quality Steel is an operating subsidiary of the LT Corporation. We actually have two sister companies, Quality Steel plus a recent addition to the portfolio of companies under LT Corp. – LP Cylinder Service, Inc. This is a business in Shohola, Pennsylvania, known for high-quality and strong customer service, and we’re excited to bring them onboard. We’ve just transacted that acquisition in the past two weeks and that has brought on a set of services in refurbishing tanks that we didn’t have an expertise in, before. They have a family-owned and high quality service-oriented culture. So, it was a good fit for us and it really better positions LT Corporation, as well as its subsidiaries, in an area of the country where we do a lot of business.”

The Company acquired the assets of American Welding and Tank (AWT) in 2013. “When we purchased AWT, they were the leader in the industry,” Hardin says. “By that time, there were only three major manufacturers left in the industry. So, of the major manufacturers, we were the third and the smallest. We like to say that the guppy swallowed the whale. And when we bought AWT, it allowed us to take our family culture and our philosophy on how things should be done, and apply that to a much larger customer base, and add those facilities, which we desperately needed at the time. So, we’re a collection of family and employee-owned businesses, which I think is pretty unique, today. We’ve seen sustained growth through the years, and we focus on trying to be the best at what we do. In the propane industry, that’s the reputation that we have – for doing what we say we’re going to do and for providing the best product.”

Quality Steel has about 300 employees working out of three manufacturing facilities – its corporate headquarters in Cleveland, Mississippi, another facility in Fremont, Ohio, and a smaller, third facility in West Jordan, Utah. Its products are sold to propane dealers, as well as propane equipment distributors. “We’ve got a network of about ten regional sales managers that work the United States and Canada, and we’ve got 17 distribution companies that we deal with,” Hardin notes. “Last year, we sold propane tanks in all 50 states and ten different countries.”

Hardin believes that there are several factors that give Quality Steel a competitive advantage over the other two remaining, major propane tank manufacturers – Trinity Containers, which has recently changed its name to Arcosa, and a new entrant into the marketplace, Manchester Tank. “Number one is our brand recognition,” he relates. “We’re known in the industry for being there when we say we’re going to be there; for doing exactly what we say we’re going to do; and we’re also known in the tank industry for our extremely high quality. Each one of our distributors is also recognized in the region as the leader. 20 years ago, we only had two distributors. We were very picky about who we signed up to be a distributor.” Tom Vandini, Director of Quality and Continuous Improvement, adds that having three regional manufacturing facilities located around the country also gives the company a competitive edge. 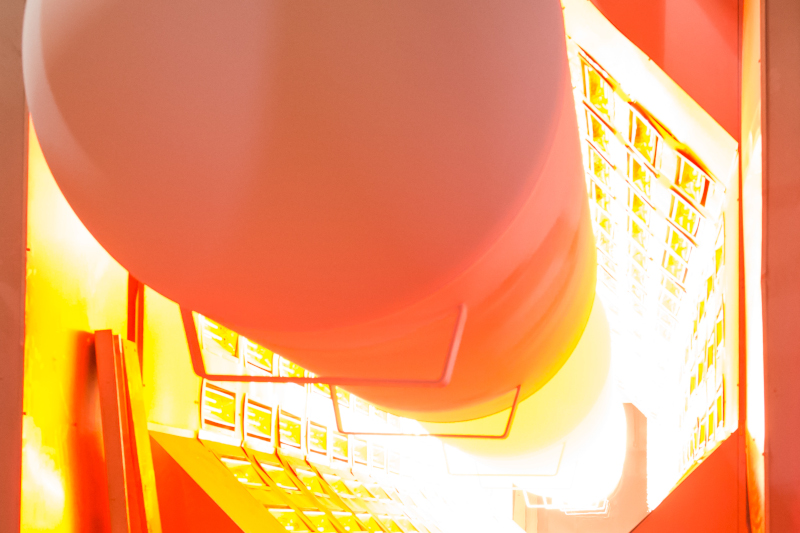 Wessel reports that major changes in the company’s leadership occurred fairly recently: “At the end of last December, my father-in-law, Jim Tims, retired from the business. He was the predecessor CEO and I took over that role, this year, while he moved into the Chairman of the Board position. In March of this year, my predecessor with the President’s title was Virgil Mullins, and he retired, too. We knew that this time would come, and, as part of that transition in leadership, our company is undergoing several major focuses as it relates to strategic planning. Back in 2016, we decided where we wanted the company to be five years out and we developed some very specific strategic initiatives. One of those that we’re very focused on, right now, is ‘lean’ manufacturing – taking the waste out of our business in all facets – from the front office to the back office. So, we are making a shift in culture within the company.”

“Lean is a relentless focus on eliminating waste, on empowering our employees, and continuously improving,” Vandini explains. “So, we are educating our employees on what lean is all about, and how they can help, and improve and grow the business.”

“We knew what our core principles and core values were,” Wessel elaborates. “We knew we needed to grow, and we knew that growth could be achieved in two ways: organically and inorganically. So, while we’re in an acquisition mode, we don’t want to lose sight of our core competencies. We know we want to focus on continuing to improve the quality of our products that we sell to the customer base, but also to keep up that high customer service level of excellence.”

“Our number one capital investment over the past several years has been our workforce and we believe that happy employees will help make a better product,” Hardin declares. “The more happy employees that you have, the longer they stay in today’s job market. Welders, for example – there just aren’t too many of them out there, anymore, so it’s important to us to keep the good quality welders that we have. We look every year to see what new technology is out there that can help us to eliminate some of the waste that we have, but our number one asset, and our number one capital expenditure, every year, is our people. We’re not just taking profits and sticking them in the family’s pocket; we’re always reinvesting in our people and that’s part of the reason why the leadership team decided to go on this lean journey.”

WHAT: A manufacturer of steel tank and pressure vessels

Established and incorporated in 1998, McElroy Plastics, Inc. was built from the ground up by Kevin McElroy – a hands-on owner/operator with 30 years of experience in all aspects of injection molding. We began production in March 1999 with 4 machines, and today we run 16 machines ranging from 150 ton up to 2000 ton. Our facilities include 45,000 square feet of under–roof warehouse space and 60,000 square feet of outdoor storage space.

McElroy Plastics is a proud family–oriented business; Kevin’s wife, Marnie, started hiring machine operators from home when our first customer orders were received in early 1999, and now is in charge of accounting and managing the office operations. Kevin’s son, Casey, joined the company in 2004 and after 15 years of hard work and dedication is currently serving as Vice President. After graduating from high school in 2010, Kevin’s nephew, Luke, started working in the warehouse and began learning the injection molding process. He now serves as Production Supervisor. In 2011, Kevin recruited his sister, Chloe, to join the team. Chloe handles inventory management and quality control, as well as customer service.  We don’t want to forget Shara Roy, who started with us in late 1999, who does all the shipping coordination and customer service with purchase orders coming in. Along with our great team of 60 full–time employees, collectively, we love what we do and enjoy coming to work every day to look after our customers’ needs!

In 1908, the first RegO® products were designed for the gas welding industry. The name RegO® was derived from the words “Regulator” and “Oxygen.” In 1923, the RegO® line was established in the young, but promising, LP-Gas industry. RegO® product engineers, in conjunction with LP-Gas marketers, pioneered the development of propane valves and regulators to meet the needs of the rapidly growing industry. The RegO® MultiValve illustrates our tradition of innovation.

In the 1930s, the MultiValve® was designed to combine several valve functions in one unit. This made more practical tank designs possible – with fewer openings and smaller, less cumbersome protective hoods. Over the years, the MultiValve® has kept pace with the changing LP-Gas industry – continuing to keep tank fabricating cost down and reducing operating expenses for LP-Gas dealers. Other industry standards patented under the RegO® name include: Double Check Fill Valves, Pop Action Relief Valves, Chek-Lok Valves, and the MultiBonnet. Today, RegO® is recognized as a world leader in product quality and innovation with unsurpassed product design.

Only the highest quality materials go into all RegO® products. The machining operation utilizes robotics, CNC machining, and computer-integrated manufacturing to achieve exacting standards. After passing stringent quality controls, components go to one of two assembly facilities. At a 7,000-square-meter machining facility, brass and ductile iron castings are crafted into product components. A 9,300-square– meter facility houses both assembly operations and the company’s corporate headquarters. That facility also has an in-house test laboratory, complete with a working tank farm and high-pressure lines, allowing engineers to complete design and performance tests on site. A third automated facility is dedicated solely to the production of Regulators. Following assembly, all products receive 100% testing for reliable performance.  All facilities are certified to ISO9001 by UL®