It was simple then, and it’s simple now. Even though it’s different.
Findlay Automotive Group’s aim has long been to meet the wants, needs and requirements of its customers – a mandate that began when the operation was founded as a single dealership by Pete Findlay in 1961 and one that’s persisted through generational evolutions of technology that have since occurred as the business has expanded into multiple locations across five states.

The bulk of the growth has occurred since 1990, when Findlay’s son, Cliff, took over from his retired father. A second dealership was added at that point when the group was awarded a Saturn franchise, a transaction that triggered a subsequent stretch of even greater development.

“I don’t know how much is by design,” said Tyler Corder, the company’s CEO and chief financial officer since 1994. “I don’t think we would have sat here 25 years and thought we would have grown this much. It’s been somewhat by circumstance and somewhat by desire to continue to grow.”

That growth has yielded a current roster of 28 dealerships in five states that generate a combined revenue of more than $1.5 billion with a workforce of just more than 1,500 employees. Two dealerships were added in 2014, and Corder said 10 or 12 dealerships have been added in the last seven or eight years – at a time when many others in the industry were suffering economically. 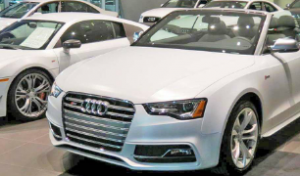 “Some of it, surprisingly enough, was during the recession,” he said. “We continued to grow even when the economy went backwards there for a while.”

Sixteen of the group’s 28 dealerships were awarded through an open-point process, which means a particular auto manufacturer was seeking to add a new sales territory to its own existing roster.

The other 12 Findlay dealerships, Corder said, came through the purchase of an existing dealership.

The transactions differ in that, at the close of a purchase of a dealership, the new owner typically begins with a core of customers. Meanwhile, in an open-point set-up, the operation is beginning from scratch and may take nine to 12 months to develop substantial sales and service volumes.
“The one thing that’s probably pretty common is that we put people from our existing organization in to operate the new dealerships,” Corder said. “Every one of my 28 general managers is someone I’ve promoted from within, so that helps us kind of keep a consistency as to how we operate our organization. In remote locations, I want someone that I know I can trust, that’s been with the organization for a while and knows how we do things.

Because the spectrum of cars available at the dealerships goes from luxury brands on the high end to Kia and Fiat on the low, Corder said, the range of customers is similarly varied from those who are marginally qualified for financing to those who pay cash. A unifying factor, though, is that today’s customers arrive with more pre-purchase information.

These days, the Internet is a driving force behind the Findlay service mission, in the form of a corporate website that provides prospective buyers with a complete listing of new and pre-owned vehicle inventories, quotes on vehicles and prompt responses to requests for additional information.

The amalgam of digital facts and figures

ultimately allows buyers to spend a minimum amount of time in the dealerships themselves, where on-site personnel endeavor to treat buyers like guests and exceed expectations in a comfortable environment with no sales pressure.

That’s still the intent, Corder said, even if buyers come in assuming they’ve mastered the process.

“Sometimes they think they know more than they do,” he said.
“They might think that they know pricing when the information they’ve got is not necessarily accurate. We’re a pretty soft-sell organization, so for us it’s been pretty good. There are some old-school car dealers that didn’t want people to have any idea about pricing. But for us it’s been, by and large, it’s easier to deal with an educated customer.”

The company has built brand recognition both by actively seeking referrals to friends and families of existing customers, as well as by making itself a familiar element in the communities it serves.

In fact, Corder said Findlay’s dedication to a deep involvement in charities, schools and community events goes beyond just about all businesses – car-related or otherwise – that he can recall.

“It gives people a good impression of our organization and it gives us a chance to get out and meet people in a non-sales environment,” he said. “I don’t know how to do it any other way. I definitely think it’s good for our business, but it’s hard to quantify. I can’t measure it and say the people that bought cars from us on Saturday did it because they saw us at an event or because we’re sponsoring their kid’s baseball team. But we definitely think that’s an advantage.”

And going forward, Corder doesn’t expect the approaches to change.

Continued growth will be pursued on a by-circumstance basis, and he said any growth that does occur over the next five years or so isn’t likely to stretch beyond the group’s existing territory.

“We’re staying put. We like being out here in the West,” Corder said.

“I think there will be opportunities, and we’re really looking to grow pretty much in our current footprint, if there’s opportunity in the Western states where we operate. We’ve got another generation of Findlays working in the organization now, so we want to continue it as a family organization and keep building opportunities for all those people that work for us.” 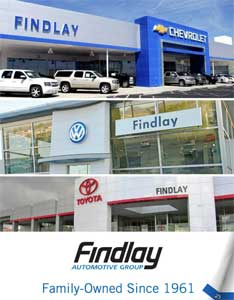