Still going for the gold

Business View Magazine interviews Dustin Angelo, President and CEO of Anaconda Mining, Inc., as part of our series on Canadian mining and energy.

Anaconda Mining Inc. is a junior gold mining and exploration company, headquartered in Toronto, Canada, with a few ongoing mining projects in Atlantic Canada – most notably the Point Rousse and Tilt Cove projects on the Baie Verte peninsula in Newfoundland and the Goldboro project, located approximately 180 kilometers northeast of Halifax, Nova Scotia.

Business View Magazine first spoke with Anaconda Mining’s President and CEO, Dustin Angelo, about a year ago, to learn about his company and what projects it was working on. Recently, we caught up with Angelo, who updated us on Anaconda’s most recent developments.

“One of the big things that we worked on this past year is the development of the Goldboro Project that we acquired from Orex Exploration,” Angelo begins. “In January, we put out a preliminary economic assessment, our first PEA done for Goldboro, which showed a mine life of nearly nine years, and producing about 376,000 ounces over that nine-year period in an open pit to underground mining scenario, at an underground grade of almost seven grams per tonne. It was very good economics with very good cash costs – about $650 Canadian per ounce for operating cash costs and just under $800 an ounce for all sustaining cash costs. There’s a lot more work that needs to be done, going forward, but at least at the first level, it’s showing that it’s a very positive economic analysis.” 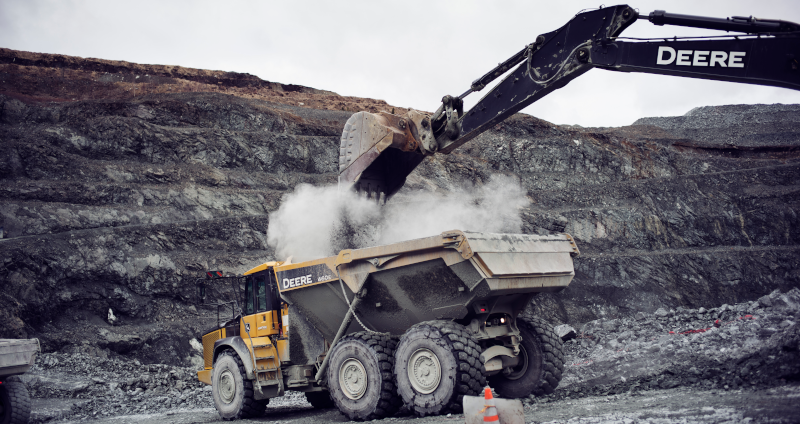 “We’ve done about 12,000 meters of drilling since last October,” Angelo continues. “The purpose of the drilling was twofold – one being to infill in these areas where the deposit already existed and the areas that we expected to mine per the PEA; and the other was to drill in other areas outside of the deposit area to demonstrate the fact that the deposit, itself, could get much larger. We were successful on both counts; we were able demonstrate that the deposit does continue down-plunge; it does continue along strike, and then down the dip of the limbs. We were also able to achieve the same sort of grades and thicknesses, which is pretty important. The deposit continues to be open in all directions and we continue to grow it. So, we had a pretty successful exploration program and, then, just a couple of weeks ago, we were successful in raising $4.5 million for more exploration work. Most of that money will go into Goldboro; some will go into our Newfoundland project, as well, but the dollar amount demonstrated people’s confidence in the fact that we were able to grow this deposit.

“Now, we’re embarking on more drilling – about 15,000 meters – 10,000 to start at Goldboro and 5,000 at our Point Rousse project in Newfoundland. We’re going to move, eventually, into a feasibility stage. That will take about a year and will entail a lot more detail around the mining, the metallurgy, and more detail about the cost of all the capital that needs to go into it. So, we’re going to start working on that fairly soon. We are also, currently, doing a bulk sample at Goldboro – around 10,000 tonnes. The purpose of the bulk sample is to evaluate mining methods and metallurgy.

“Goldboro will probably take another two to three years to put into production. At that point, if we’re successful there, we’re looking at producing about 40,000 ounces a year out of that project. As we extend the mine life at our Point Rousse project, we’ll be producing somewhere around 50-60,000 ounces a year of gold, which is a significant step-up for us. That’s the next level we’re trying to get to and then, from there, we want to make it to about 100,000 ounces a year. So, we’ll probably have to acquire another project or expand one of our existing projects to get to that level.”

Operating a profitable mine, while also acquiring and developing other potentially profitable assets, has helped make Anaconda Mining a major player in the eastern part of the country. “We’re the only gold producer, right now, in Newfoundland and we’re the only consistent producer in the Atlantic Canada region for the last eight years. So, there are no other assets to acquire in Atlantic Canada that are actually in production; all of the gold projects are in the exploration and development stage. We are focused on projects that contain known mineral resources and are of a size that make them eligible for near term development and production.”

“We’re a small company in the gold mining industry, but we’ve bucked the trend,” he continues. “Typically, when you see production companies in the gold mining industry, they’re much larger and they’ve got a much larger resource base and they’re producing a lot more gold. But, for the last seven years, we’ve been able to operate on a small scale and be profitable. The Point Rousse project, when it initially came on, back in 2010, was essentially a turn-around project. And we were able to do that – to turn it around and make it into a profitable venture. That’s something that we’re pretty proud of.”

While remaining profitable, Angelo says that he also wants to see all of the company’s stakeholders benefitting from its efforts. “We want to be a significant employer in the area and a very good member of the community,” he declares. “We got a lot of support from the local vendors, from the government, and from our employees to stick with the Point Rousse project in its early days. And once it became profitable, we’ve tried to give back to all of our stakeholders. We’ve donated to certain causes on a regional basis because our employees come from various areas around the Baie Verte peninsula.

“On the Goldboro side, we just have been on the scene for about a year, so it’s a non-active production site, and there are not as many Anaconda Mining employees around. But we started to engage the community; we’ve done smaller things like contributing to the local community center – we’re paying for the WiFi for the next year. We donated money for their Canada Day celebration. So, we’re starting to lay down our roots in the community around Goldboro. 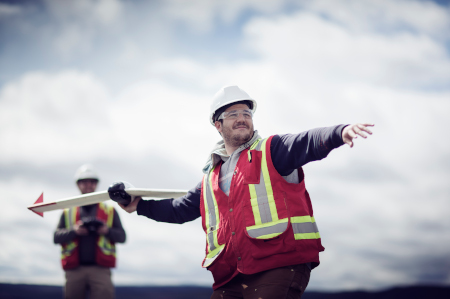 “And then, at Point Rousse, we continue to do many of the things that we’ve been doing for years, now. A couple of years ago, we made a $65,000 commitment to the regional swimming pool; we put in $15,000 for repairs and then five years worth of swimming support at $10,000 per year for swim lessons. We made a donation to a local park. We donated to Hope Air, a charitable organization that provides free flights to people who live in rural areas that need medical attention they can only get in urban centers. There are folks throughout Newfoundland that have been fortunate to get help from Hope Air – even on the Baie Verte peninsula where we operate. So, about two years ago, we sponsored a gala and donated $50,000 to Hope Air. About a year and a half ago, we partnered with a local jewelry store in St. John’s where we donated some gold, and raised about $45,000 for military families in need. We’ve also donated the gold for the championship rings for the 200th anniversary of the Royal St. John’s Regatta which happened in August. We’re pretty active all around Newfoundland.”

Angelo adds that Anaconda Mining is also attempting to be a good environmental steward, exploring and promulgating sustainable practices whenever and wherever possible. “We had a green initiative where we sold about three million tonnes of our mine waste rock as a construction aggregate product,” he reports. “We were able to remove waste from our sites and make a cost center into a profit center. We’re looking at ways to repurpose our tailings; we’ve got about two-plus million tonnes of tailings – all the leftovers after we process the gold at the mill. There’s a potential application to use this finely ground material as an agricultural product, like a soil amendment to help enhance plant growth. We’re looking at that because it would remove the tailings from the property. We could then take down the facilities in which the tailings are housed, so, we would reduce our environmental footprint from that perspective.

“In the past, we’ve done some habitat compensation projects – building streams and ponds as we’ve mined different areas and put back these habitats in other areas, nearby. One of the interesting things we’re doing is a big research and development project with Memorial University in St. John’s, where we’re trying to commercialize a better technology for extracting ore from narrow-vein, underground deposits that are not economical to mine using conventional mining tools. So, there’s an environment element to that too, because we’re looking for a way to extract the ore but leave the waste. There would be very minimal development work and it would be all about mining the ore directly. Those are some of the things that we’re working on.”

Over the next several years, Angelo says that Anaconda Mining will continue to focus on its assets in Atlantic Canada: “We have a beachhead there, where we have a lot of operating infrastructure. We have a high performing mill that’s doing about 1,300 tonnes a day; we have lot of managerial talent there; we’ve built a port for the export of waste rock and we want to use that port, as well, to import ore. We want to stay in the Atlantic Canada region, hence the Orex deal, which is in Nova Scotia. We’re focused on trying to acquire other projects to have a mineral resource portfolio at such a size that we can see our way to making it to 100,000 ounces per year of production. We are still committed to the mergers and acquisitions side in trying to grow our business, because we think there are still a lot of attractive properties in Atlantic Canada. So, if we’re going to expand any more in terms of acquisition, I think it will probably be within the Atlantic Canada region.”

Check out this handpicked feature on Sullivan Solar Power – The technology to get it done.

WHAT: A gold mining and exploration company 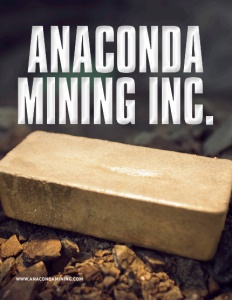