Most scenarios about Canada’s energy future predict a trend towards nuclear power. About 15 percent of the country’s electricity already comes from nuclear stations, with 19 commercial reactors (16 in Ontario alone) providing 13.5 GW of power capacity. In addition, the federal government has signalled plans to grow Canada’s nuclear industry by connecting two new reactors to the grid over the next 10 years. While nuclear power, itself, doesn’t emit any greenhouses gases (hence the “green and clean” label), nuclear fuel waste management presents a serious problem and is of ongoing concern. Natural Resources Canada (NRCan) takes a national inventory of radioactive waste data every three years to offer perspective on the environmental burdens linked to nuclear energy. This inventory is reported to all licensees of the Canadian Nuclear Safety Commission (CNSC) who, in turn, are responsible for investigating waste management solutions as they become available.

Work performed in radiologically controlled zones is inherently riskier and carries additional expenses. If the utilities want to keep their costs low, the focus needs to be on ensuring that their materials and equipment are being decontaminated and managed in efficient and sustainable ways. UniTech Services Group, a nuclear services subsidiary of UniFirst Corporation, is 100 percent in sync with the CNSC’s Waste Management Regulatory Policy P-290 and has been promoting and successfully implementing a “Reduce • Reuse • Recycle” waste reduction/cost savings strategy for many years. This has been accomplished via investments in: 1) R&D into decon chemistries/fabrics, 2) unique, purpose-built, high-tech monitoring instrumentation and 3) the design/fabrication of launderable replacement PPE for single-use products. UniTech’s “Reduce • Reuse • Recycle” strategy has achieved very significant, fully documented/verifiable waste reductions and cost savings for the Canadian Nuclear Industry.

“We came to Canada in the fall of 2001,” says Kent Anderson, Director of Canadian Operations at UniTech. “At the time, there was some refurbishment and restarting of the reactors and the laundry volumes in the form of contaminated workers’ garments, equipment, and tools were outstripping their capacity. We implemented a launderable program and leased these facilities the clothing and materials needed – everything from bags and coveralls to cart covers and tents. It all went from single use to a launderable product and we’ve washed over 40 million of these items in the last 15 years.”

“We started with clothing and advanced into tools and equipment,” Anderson continues. “Today, we offer a whole suite of custom radiation monitors that operate with almost assembly-line precision. These monitors survey every square centimeter of whatever we put on the belt. They monitor 100 percent of that item. They do it fast. They do it with computer-controlled statistics. They do it with repeatability. This removes all the human factors from the hand-frisking equation.” 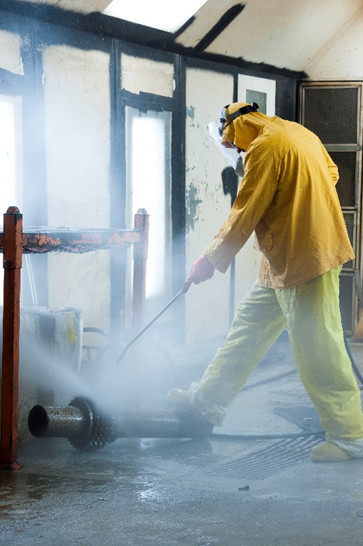 Historically, the practice of surveying materials for radiation exposure has typically involved a labour-intensive hand frisking process using tools such as the Geiger-Mueller (GM) pancake detector. But direct frisking includes human factors that pose significant risks, including inconsistent scan speeds, long instrument response time and difficulty monitoring 100 percent of each item’s surface area. “Most plants still use hand frisking,” notes Anderson, “but over the next five years, the automation we’ve put in place will come in and be, in a much bigger way, helping utilities reduce costs through better, faster, and cheaper monitoring. That’s where the business is going.”

UniTech holds the patents to its own chemical decontamination processes, as well as the carbon nylon fibers that are used in the making of their launderable clothing. “We designed our primary coverall, the ProTech Anti-C coverall, from the fiber level about 25 years ago,” says Anderson. “It’s a unique fiber that’s anti-static to prevent particle adhesion to the garment. The other part is that we developed custom decontamination formulas that allow us to wash and reuse each garment. This saves companies not only the direct cost of the item itself, but also the indirect cost linked to radioactive waste management and disposal.”

Carbon dioxide (CO2) is known as a greenhouse gas—a gas that exchanges thermal radiation with its surroundings to create the “greenhouse effect” that creates global warming and climate change. Although research has shown that nuclear power’s carbon footprint is many times lower than that of coal or gas, the nuclear energy industry’s green credentials are sometimes challenged on the basis of the need to sequester radioactive by-products for thousands of years before the radiation decays. “We conducted our own CO2 study,” Anderson reports. “We contracted with an internationally recognized firm regarding CO2 emissions and found that when you compare, from cradle to grave, the manufacturing process of the reusable coveralls and their laundering over a hundred cycles to the CO2 that’s generated from manufacturing 100 single-use coveralls, the launderable ones come in at 1/18th of the CO2. That’s a significant carbon reduction we’ve been able to achieve.”

Like the workhorse nuclear research reactor at Chalk River, which was decommissioned last year after a 64-year run, the lifespan of a Canadian reactor is around 60 years. This estimate assumes that reactors will undergo a mid-cycle refurbishment after 30 years. Electricity generators such as Bruce Power and Ontario Power Generation are, therefore, moving in the direction of having nuclear power for the next 30 or 40 years. But what often happens during major refurbishment and decommissioning projects is that labour resources become scarcer and most radiation monitors can’t conduct proper tool and metal radiation surveys or decontamination programs on-site. “We’re taking the focus off from all these ancillary services for the customer so they can focus on their core competency, which is running the nuclear power plant,” says Anderson.

All Canadian nuclear power stations are mandated to implement waste-reduction strategies both in their day-to-day operations as well as project-based work such as refurbishments. “Good” strategies are considered ones that not only reduce the volume of hazardous waste but also the operator’s liability and, in most cases, the overall cost of generating nuclear energy. UniTech’s “Reduce • Reuse • Recycle” strategy is being implemented by their multiple facilities across North America, the United Kingdom, and Central Europe which offer the Nuclear Industry unique and wide-ranging product and services (i.e. custom radiation surveys, launderable inventory, product development, and fleet-wide service management) and the ability to tap into the decades of UniTech technical and operational experience when seeking further waste reduction opportunities.

“There’s so much background on this whole industry, but the magnitude of what we’ve done is easy to measure,” says Anderson. “With only the items we’ve washed and kept out of the trash can, we’ve been able to eliminate 6.7 million pounds of what would have been radioactive waste in the last 15 years for Canada, as a whole. With the different projects that we’ve worked on, and because we keep track of all these things, we know what the single-use cost of those garments are. We know what the radioactive waste cost is per item. We also know what our customers spend on laundry and how many items of theirs we’ve washed. The fact is that not only have we eliminated 3,350 tons of radioactive waste, which is a politically charged topic, but we’ve also cut over $90 million of bottom-line savings to the utilities. In our business, I think that’s a big number.” 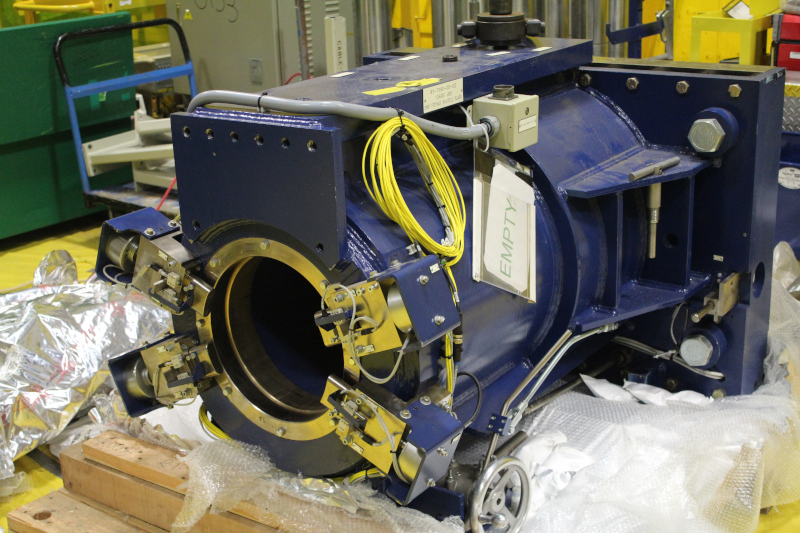 WHAT: A provider of protective garment management services for the nuclear industry

Special Electronics & Designs Inc. specializes in the development and manufacturing of quality communication equipment and air supply products for the nuclear and safety industries. For 48 years, innovation has been our driving force. We will take your ideas from concept to finished product quickly and efficiently.  Visit us at www.sed.bz