Sullivan Solar Power – The technology to get it done

The technology to get it done

Sullivan Solar Power of California, Inc. provides design, installation, and maintenance services for solar power and energy storage systems. The company was founded in 2004 by Daniel Sullivan, as a response to three events that, he says, came together to inspire him to become a part of the solar revolution; the first was the birth of his son in 1999, the second was an energy crisis in California, and the third was the war in Iraq: “Those three events made it clear to me that something needed to be done to rid our country from its dependence on imported fossil fuels and, with the birth of my son, I saw that I needed to do something to make the world a better place for him.” 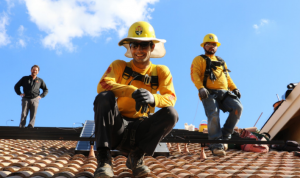 An electrician by trade, Sullivan says that he went to his employer at the time to try and convince him to enter the solar market. “I was rejected,” he recalls. “My superintendent told me that it didn’t make sense. Back then, there were a couple of dozen companies in southern California that did solar power, and there were less than a hundred systems on the grid in San Diego. Here we are, nearly 14 years later – there are 160,000 systems deployed and there’s been a significant shift in the mindset of the population about how we should be approaching energy. So, it turns out he was wrong. Anyway, I went to him again and said ‘I really think we should do this.’ And he said, ‘Well, you go out and drum up the business and if it works out I’ll give you a bonus.’ I decided that his heart wasn’t in it for the right reasons, so I quit my job.”

Sullivan had $2,500 in the bank, a Ford Ranger pick-up truck, and a set of tools. He moved into the garage of a home that he was renovating and began his quest. “It ended up working out,” he says. “Good people came to me and the company slowly grew over the years. And for the past eight years, we’ve been one of the fastest growing companies in the United States, according to Inc. Magazine. It’s been a rewarding and fulfilling ride because I think every day we go to work, we’re working to make the world a better place because we’re reducing our need for imported fossil fuels and all the strife and turmoil that comes along with that.”

Today, Sullivan Solar has 120 full-time employees and up to 175 during its peak seasons. The company provides solar equipment and services for residential, commercial, and governmental clients all over southern California from its headquarters in San Diego, an office in Irvine that services Orange County, and an office in Riverside that services Riverside County. Its annual revenue of $50 million includes everything from $12,000 residential projects to multi-million dollar projects for large educational and non-profit organizations such as the University of California system. “We’ve done the majority of installations for the University of California-San Diego; we’ve done a number of installations for UC-Irvine. We’ve done all but two of the projects for San Diego State University. In 2017, the majority of our larger size commercial projects included the Catholic Diocese of San Diego; we’ve done several dozen projects for them. When it comes to private, commercial projects, those vary – they tend to be smaller compared to a university-size project, and those are less frequent than the government work.”

Earlier this year Sullivan Solar Power completed the largest solar power system in Major League Baseball for the San Diego Padres at Petco Park. It’s larger than the other eight systems in the league, combined.

Sullivan believes that what differentiates his company from the roughly 1,800 firms that are now doing solar installations and maintenance in the San Diego and Orange County/Riverside area is its focus on educating his customers and being mission driven. “When the company started, it was just me, and in order to secure projects, I had to speak to homeowners and organizations at a level they understood and educate them about the environmental, financial, and societal benefits of going solar,” he explains. “That approach was well-received back then, and still is today, because people don’t want to be sold, they want to make the decisions, themselves. So, we give people the tools they need to see if solar makes sense to them and if they decide to move forward, they do so. As a result of taking an educational approach to sales and development, we enjoy a good reputation in the market and we get 50 percent of our business from referrals.”

Sullivan’s approach to education also extends to his workforce. The company is only one of 10 in the U.S. that is accredited by the North American Board of Certified Energy Practitioners (NABCEP), which tests professionals for competency in solar power design and installation practices. His company was the fourth in the nation to get this prestigious accreditation in 2014 and remains the only company with it in Orange County and San Diego County. “As part of NABCEP, we have to make sure that every person in the company gets training to ensure that we keep our accreditation,” he states. “So, every person in the company is required to get an entry level certificate from NABCEP, and we put them through weeks of training so that they can do so. After a year of employment, they need to get an advanced certificate from NABCEP in order to continue being employed at the company because our commitment to quality is what our customers are looking for, and we stick to proven design and installation practices which result in systems that perform as expected.”

Just as important to the company’s continued success is its consistent adherence to the ever-evolving legal and regulatory landscape in the solar industry. “Over the past year or two, the solar market has changed substantially in the State of California, and many people don’t really understand what that means for the technology that needs to be deployed over the next few years,” Sullivan says. “In the past, you would install a solar powered system on the roof, produce energy, and reduce or eliminate your bill based on how much energy the system produced compared to how much you consumed. But the utility regulators in the State of California have changed rate structures, and now, rather than being billed on how much energy you use, and being charged more if you use more energy, you’re also going to be charged on when you use energy.

“Therefore, it’s important to have a system with storage incorporated into it so that you can minimize the amount of energy you’re using at certain times of the day when energy is most expensive. This has been our focus over the past year, and will remain in the coming years, which makes these installations much more complicated and much more involved on the design side to make sure that we get it right. With that reasoning incorporated into our systems, we’re now moving towards a new world order in the solar industry where we’re likely to see people being able to completely disconnect from the grid in the next two or three years. That’s going to be the major evolution in the energy market, and it’s going to cause quite a bit of disruption.” 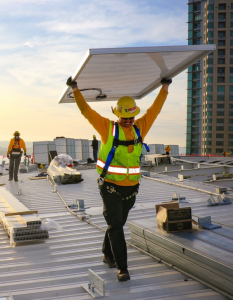 “We’re solar advocates for our customers,” Sullivan continues. “We’re members of the International Brotherhood of Electrical Workers – we’re a union shop, which in the solar space is nearly unheard of. I only know of two other companies in the State of California that use union labor. So, we engage with them on certain policy issues. We also are members of CALSSA – the California Solar + Storage Industry Association (previously the California Solar Energy Industries Association). CALSSA has been a phenomenal organization to protect the interests of people who have chosen to go solar. We coordinate with CALSSA on any policy objective that we’re trying to accomplish.”

Sullivan adds that keeping up with these changes requires constant attention. “We have to remain vigilant at all times to make sure that the state policies support continued growth of onsite, renewable generation,” he avers. “So, we stay engaged and we provide regulators and legislators what they need to provide good policy direction, so that the people who have gone solar will be secure in their investments and people who are considering going solar will also have secure investments through the use of mechanisms like grandfathering provisions and so on. By staying engaged on the regulatory side – that’s what’s really going to make sure that this market continues to grow.”

Going forward, Sullivan says that his mission hasn’t really changed since day one: “From the onset, Sullivan Solar Power has worked to, as our tagline says, ‘Lead the solar energy revolution. Ultimately, what we want to do is create a society that is 100 percent fossil fuel-free. We have nearly 10,000 customers today; over the next five years, we’re going to systematically provide them with source solutions that move them completely off the grid. I want to see a society where we are not beholden to investor-owned utilities that produce power by burning fossil fuels from parts of the world that want to see our demise. Our goal is to make the world better through renewable energy, and, in the next five years, with incorporating storage, we’re going to be much closer to making that a reality.”

“We have the technology, today, to be 100 percent free of fossil fuel,” Sullivan states, in summation. “We have electric vehicles that perform better than internal combustion cars, which can be powered by a solar power system; we have battery technology that is cost-effective in the residential sector. You combine those three things together, and we are now at the point that the vision that started this company is being realized on a daily basis. The old narrative that solar power is expensive, that it will never be able to stand on its own two feet, or that it can’t power everything that we need it to power, is dead. It’s been disproven. We can move boldly into the future and adopt this technology and show the rest of the world that it can be done. That is what leadership is. We need to show everyone on this planet that we can do this and that we have the resources required to get it done.”

Check out this handpicked feature on Kimberley BC – Rocky Mountain Makeover.

Panasonic manufactures its solar modules based on HIT (Heterojunction with Intrinsic Thin layer) solar cell technology. They consist of monocrystalline hybrid wafers which are coated with thin, amorphous silicon. Thanks to the state-of-the-art manufacturing process, solar cells can be produced with very high efficiencies and optimum energy returns. HIT modules employ a uniquely effective pyramid structure that optimizes sunlight capture. By reducing outward reflection and directing sun rays inside the cell, HIT absorbs more sunlight than conventional panels. Solar power is then produced at a higher rate, which generates more electricity. –   www.na.panasonic.com/us 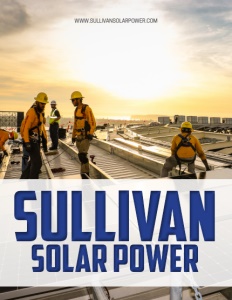