June 2018Past IssuesSupply Chain and Logistics

Its runways are just the beginning

Sebring Regional Airport & Commerce Park is a public use airport and industrial park, located seven miles southeast of the central business district of Sebring, a city in Highlands County, Florida. The airport was originally constructed in 1940, as Hendricks Field, after the City of Sebring purchased an area of 9,200 acres of woodland and leased it to the government at $1 per year for 99 years. It was used as a B-17 Flying Fortress crew training base of the U.S. Army Air Corps, and later the U.S. Army Air Forces. With the end of the war in 1945, the training program began to wind down and the order came to inactivate the base by December 31, 1945. 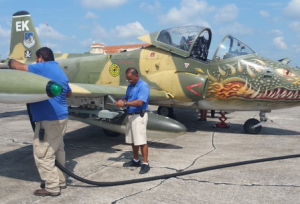 On February 21, 1946, the city received a permit to operate a civilian airfield on the site, and on May 1, 1946, the abandoned airfield was turned over to the City of Sebring to become Sebring Air Terminal. The government also released all the old Hendricks Field properties to enable any and all types of industry, trade, and air transportation to be developed there. In 1967, the city turned over the deed to the airport to the Sebring Airport Authority, which had just been formed by the Florida State Legislature. A commerce park was established in the early 1970s, and today the airport is known as the Sebring Regional Airport & Commerce Park.

In addition to serving the local and transient general aviation community with commercial and T-hangars, fuel and repair services, the 1,770-acre, Sebring Regional Airport & Commerce Park is home to dozens of businesses and serves as a diversified economic engine for the county. “I’ve always felt that the airport is more of a real estate development and the runways were more of an amenity,” says Mike Willingham, the airport’s Executive Director since 1991.

“We try to attract as many airside entities as we can, and we balance that with landside, commercial and industrial type growth,” he explains. “We’ve done a fairly good job of doing that over the years. I believe that somewhere in the 500 full-time jobs range is what the airport and its tenants contribute to the economy of the region. We have everything from a frozen food manufacturing plant (CitraPac, LLC), to a company that makes polystyrene, take-out food containers, (Genpak, LLC), to fertilizer manufacturing (Turf Care Supply Corporation), to one that makes very large, industrial-size drainage pipe (Advanced Drainage Systems Inc.). We even have a leather tannery at the airport (Sebring Custom Tanning).”

“We’re also home to Sebring International Raceway, which is a big deal for us,” adds Willingham. The Raceway, host of the Twelve Hours of Sebring, a world-renowned sports car endurance race held every March since 1952, draws 150,000 spectators and occupies a portion of the airport’s old runway system. Sebring is also home to Tecnam Aircraft, the world’s largest manufacturer of piston-powered aircraft. “Their plant is in Italy and they ship all of their aircraft for reassembly to Sebring and it goes from here to all points in North America, South America, and Central America.”

Willingham believes that Sebring is an unusual facility, in that it competes, not just with like facilities in its own geographical region, but with business parks around the state, country, and even globally. “Economic development is very competitive, and I believe, if you look around at most small general aviation airports in the country, located in areas like Sebring, this airport is very atypical,” he asserts. “We have a bustling, thriving cluster of businesses of various sorts. You really don’t see that going on as you look around the state.” Not only is the airport part of a Department of Commerce-certified Foreign Trade Zone (FTZ), which helps increase its global competitiveness because raw materials can be flown into the airport tax-free, Willingham says it is the only airport in the country with its own Community Redevelopment Agency (CRA).

“That allows us to do a lot of things that nobody else can do,” he states. Recently, when the airport was trying to lure its newest tenant, CitraPac, a large frozen food manufacturer to the Commerce Park to build a brand new 42,000-sq.-ft. plant, the CRA was able to contribute a quarter of a million dollars to an incentive package that included $250,000 from the City of Sebring, $400,000 from Highlands County, plus a promise of another $400,000 in site improvements, for a total of $1.3 million in financial incentives. In return, CitraPac is expected to have a workforce of up to 240 people.

“When we totally reconstructed our main runway, the CRA put half a million dollars in that project over and above what our state and federal partners supported,” Willingham notes. “We were able to strengthen the base in anticipation of the day when we had much larger planes landing here, so we wouldn’t have to tear our runway up again. So, there’s a lot incentive-wise things that we can do, that others just can’t do.” 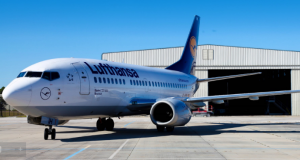 But being a business-friendly entity extends beyond simply supplying funding incentives. “One of the things that we are able to deliver is efficient help if you need a turnkey solution for a facility,” Willingham avers. “We also help our tenants if they need help with permitting. Whatever their need is, we try to walk them through the mire of rules and regulations. I think that’s one of the things that separates us from others.”

Among other advantages for businesses in the airport’s Commerce Park is a spur rail line from CSX Railroad’s main line that goes right through the property, and can stop at each plant to unload raw materials. Willingham reports that the airport is currently in the process of redesigning and reconstructing that two mile spur, which was originally built during the Second World War. “Hopefully, the first phase will be under construction in the winter of 2019,” he says. “We’re also designing the reconstruction of our vintage World War II apron ramp. So, those are two examples of planning for the future; planning for additional capacity and growth and development.”

Willingham says that over the next several years, the airport will extend its main runway and complete all of its rail and ramp reconstruction projects. With a great deal of real property available for development, it will also continue to look for more businesses that wish to relocate and take advantage of all of its amenities and facilities including the availability of Sebring’s excellent air, rail, and road access, as well as its intact infrastructure including water, sewer, utilities, and waste collection.

“I think that the crux of being successful in a small rural community, where, up till now, there hasn’t been a lot going on, is that we create our own future,” says Willingham in summation. “That’s the main thing. If we don’t do that, then somebody else is going to do it for us.”

Check out this handpicked feature on Pueblo Memorial Airport – Military and more.

WHAT: A regional, general aviation airport and business park

Baybridge Pharmacy Corp. – For the patient 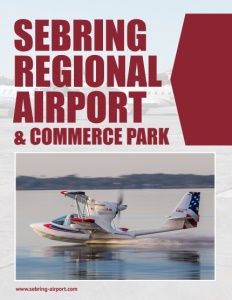