Ontario’s United Counties of Stormont, Dundas, & Glengarry (SDG) region is comprised of six character-filled municipalities: North Stormont, South Stormont, North Dundas, South Dundas, North Glengarry, and South Glengarry. Each municipality has a distinct culture and the region celebrates a number of unique events throughout the year. For folks who want to trade urban living to experience a better quality of life in a smaller community, SDG is the place to be. 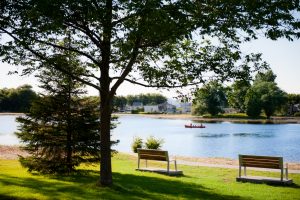 The Counties offer businesses easy access to the most lucrative markets in the world, established distribution channels, efficient suppliers, investment-ready real estate, and one of the lowest cost locations in North America. Located on a major distribution hub including Highways 401, 416, and 417, the CNR main line, the St. Lawrence Seaway, and international border crossings, SDG is part of the massive Quebec City-Windsor corridor that is home to more than 20 million people and over half a trillion dollars in annual economic output. The Counties also abut an even larger mega-region: from Montreal through Boston, New York, and Washington, more than 50 million people generate over $2 trillion in economic activity.

Jim Bancroft is finishing his fourth term as Mayor of South Stormont. During his years in office, the goal has been to create an atmosphere conducive to small businesses and a location for small and mid-sized commercial growth. He reports, “In South Stormont, we want to move surplus land we’ve had under commercial/industrial zoning, and we’ve done that over the last three years. We have 65,000 people in the three United Counties, of which 13,500 are located in South Stormont. We’ve been working with staff to invite potential investors and that will be ongoing over the next five years.”

Agriculture, in the form of dairy farms, cash crops, and food processing, is a major source of economic activity. Tourism is also key, especially on the southern side of the region, where the St. Lawrence River draws thousands of Canadian and U.S. visitors. Canada’s oldest fair takes place each summer in Williamstown, South Glengarry, and Scottish heritage is celebrated in North Glengarry at the annual Glengarry Highland Games. Tourists enjoy salvage history at Upper Canada Village in South Dundas, as well as South Stormont’s Lost Villages. In North Dundas (Ontario’s Dairy Capital), delicious cheeses and ice creams are popular with one and all, while North Stormont’s quaint villages are favorite destinations at Octoberfest.

Small scale manufacturers, logistics, and distribution are attracted by the easy transportation access to the U.S. border and proximity to large metropolitan centers. Kraft, Moulure Alexandria Moulding, and Parmalat in Winchester are the top three employers. SDG Warden, Ian Macleod, notes, “The Village of Chesterville is bringing on a new industry related to medical marijuana; they’ve retrofitted an old vacant building and expect to employ 300 to 400 people at that location once it’s up and running. Marijuana is being legalized across Canada later this summer.”

One of the biggest attractions for community development in the area is its prime location – an hour from downtown Montreal, an hour and change from Ottawa, and close to the U.S. border, SDG housing prices are lower than the average in Ontario. “We have the amenities of a rural area and small urban, as well,” adds Macleod. “Highway 401 bisects SDG in an east/west direction, everything south of the 401 is more or less a development corridor where we have a large portion of our population. I’m also Mayor of South Glengarry and we have 30 km. of waterfront on the St. Lawrence River. It’s a well-populated area with a lot of high-end housing and buildings.”

Peter Young, on staff at South Stormont, says, “Municipalities in the upper and lower tiers are working on community improvement plans. Investing in main street improvements, increasing tourism (looking at hotels and B&Bs), encouraging people to visit, and encouraging businesses and municipalities to improve their look. In South Stormont, many of our major businesses have done expansions and renovations, and the municipality helped to support that. North Glengarry has done quite a bit related to heritage and public art, making their communities more attractive and interesting for tourists, and stimulating residential growth.”

Each municipality either has a development plan or is working on a plan, and most are focused on downtown revitalization. Usually, they offer a 50 percent matching grant, depending on the municipality. For example, in North Glengarry, your proposal may require a heritage look. Each township or municipality has different criteria and incentives. Young adds, “In South Stormont, almost every business in our downtown plazas has done some kind of revitalization. And we’ve seen new seniors’ homes and development along the edge of our downtowns.”

SDG CEO, Tim Simpson, points out, “Regionally, we’re also developing and implementing incentives that are focused on broader goals – things such as encouraging agritourism, grouped accommodations such as B&Bs, brownfield redevelopment, and trails. It’s a broad package to complement local efforts and incentivize businesses and private owners to improve their property to generate increased tax dollars and job growth. It’s all part and parcel; we’re working together on a comprehensive package that will be attractive to the business sector, locally and regionally.” 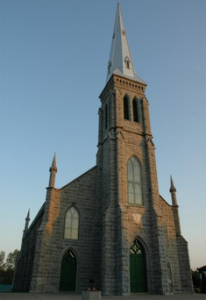 Many of the smaller hamlets have challenges with water and wastewater. New residents and businesses want to be on municipal water services and not all areas have it. Another challenge is cell phone and internet connectivity. The Eastern Ontario Warden’s Caucus is putting forth proposals to address that gap. That, in itself, would offer far more opportunity in rural Ontario than is there right now.

School closures in the past year are affecting the smaller communities, as young families don’t want their children on a bus for an hour to and from school. “They want something local,” says McLeod, adding, “in our area we have four school boards, so you’re dividing the pie. That’s certainly an issue. Another issue we’ve been working on, unsuccessfully so far, is natural gas distribution in rural Ontario. There’s certainly a need – it’s almost an economic driver – because it heats houses for $1500 or $2000 less than current energy sources. And that money’s going right back into the economy. It’s a product that we have a surplus of in Canada, we’re wasting it, and yet we can’t get it to rural Ontario.”

Currently, the fuel of choice is either oil, or propane, or electricity, and the price of electricity in Ontario is the highest in the country. Lobbying for natural gas has gone on for a number of years. The SDG region grows a lot of corn and those farmers are paying thousands of dollars per year more in propane than if natural gas was available. “That cuts down profitability and access to market share because of the extra cost to dry our corn,” says Bancroft. “We’re an agricultural area and the natural gas issue alone would generate significant new dollars for growth in the pockets of our farmers. Having been a farmer myself, I can tell you, when they have extra cash they spend it. They put it back into the economy.”

In terms of infrastructure, Simpson says the key goal is “to maintain the level of that billion dollar asset we have here. Council, over the last few years, has done a great job and a very concerted effort at putting the dollars required into that asset to maintain the longevity and the life cycle. We have a robust repair and replacement program for roads and bridges. Those are our main arteries, and as a municipal corporation, we have to maintain these to the highest standards, so people not only want to live here but do business as well.”

In essence, The United Counties of Stormont, Dundas, & Glengarry are all about that sought-after feeling of community, knowing your neighbors, a sense of belonging. Macleod expands on that, “We want everyone to understand the history. Our tagline for the counties is ”Where Ontario Began” and we’re very proud of the fact that many of our forefathers of Ontario and Canada came from this corner of eastern Ontario. We’re open for business; we have small urban and a great mix with the agricultural community, great recreation facilities, bike paths, waterways, and some of the best musicians in the world here. All the ingredients for a great lifestyle.” 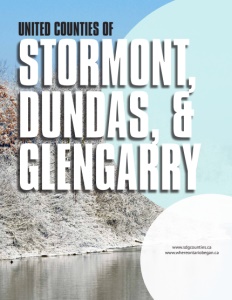