Business View Magazine interviews representatives from Lansing, Illinois, as part of our focus on best practices of American municipalities.

Lansing, Illinois, a village in Cook County, is a southern suburb of Chicago. It was first settled in the mid- 1800s, primarily by Dutch and German immigrants who came to the area to build homes, farms, and businesses. In the late 19th century, brickyards dominated Lansing’s economy, and the Village supplied much of the brick to rebuild Chicago after the Chicago Fire of 1871. While onions, tomatoes, beets, spinach, and cabbage were common crops grown on its farms, it was onions that were most prominent; the suburban Chicago area supplied 80 percent of the country’s onion sets in the 1930s and 1940s. 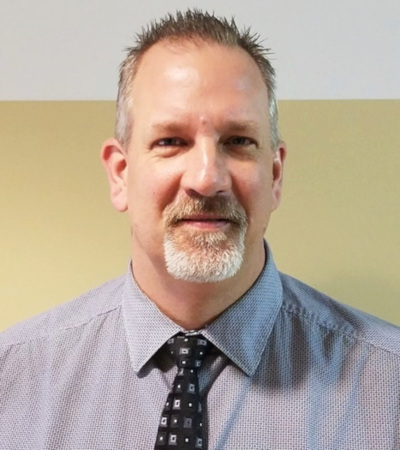 Today, in addition to being a bedroom community of Chicago, Lansing has a significant retail base, and is also home to some light manufacturing and distribution companies. The Village also has a viable downtown with lots of old shops and the newly completed Park Plaza, located on the site of an old railroad line at the southwest corner of Ridge Road, the Village’s main thoroughfare, and Burnham Avenue, that hosts a farmers’ market during summer months.

Recently, the biggest news in Lansing was the September 28, 2018 grand opening of Fox Pointe, a concert and events venue that Village leaders hope will be a “destination driver” to bring people from the Chicago’s southern suburbs to the this community of 30,000. Construction of the $5.65 million project began in June 2017, and was financed with funds from the Village’s Ridge Road Tax Increment Financing (TIF) District, which allowed it to set aside new tax revenue generated by new construction, redevelopment, or increased assessed property values resulting from improvements to the area, and use the money for infrastructure to support the new development in the district. 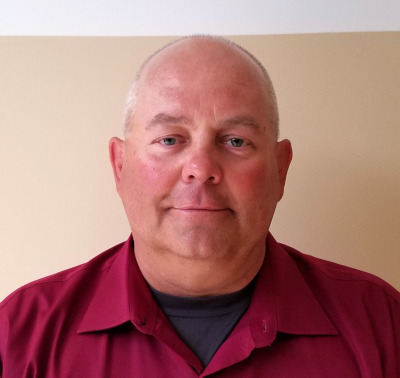 Built on a site that used to house a business called Fox Home Lumber, and right near the heart of Lansing’s downtown, Fox Pointe has a large amphitheater, a pavilion, a concession building, a building for restrooms, a landscaped entrance and a large green space. The lawn can hold up to 2,000 people, while the open-air pavilion can hold another 330 at 42 picnic tables.

“We completed the construction phase and we’re now moving into an operational phase of the venue,” says Village Administrator Dan Podgorski. “Last fall, we had a ribbon-cutting ceremony and then, subsequently, worked with one of our community organizations to host the first festival; it was a three-day, outdoor festival, complete with music, entertainment, food, and beverages, utilizing the entire facility. It was a little bit of a test run for us. Now, we’re hard at work at putting together a full schedule of events – 2019 will be our inaugural year. We are probably going to have close to two dozen events out there, this year.”

“What we’re trying to do out there is to make Fox Pointe a premium venue for concerts and events here in Lansing and, hopefully, in the south suburbs and northwest Indiana, as well,” adds Fox Pointe Director Tony Troncozo. “We have a Wednesday concert series planned that will go 13 weeks starting the week after Memorial Day and going through Labor Day. We will also have a two-day Blues Fest in July, and we’re probably going to have a Food Truck Festival and other types of events like that. All events will have music and vendors, and we will have our own concessions there. That’s the goal for this year: to get the ball rolling with something between 20 and 25 events and then keep it going from there. Next year, I’m eyeing at least 40 events. We have about six months to work with and we are planning a few things, maybe, for the following winter, as well. That’s the rollout plan. Some of the events will be ticketed; the Wednesdays will be free admission to the public. We want to get this advertised citywide and in northwest Indiana to bring not only people from Lansing here, but all over the south suburbs.” 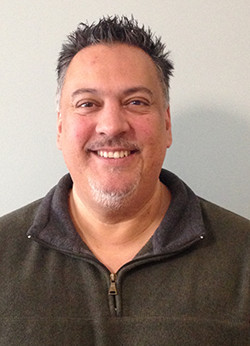 Ken Reynolds, Lansing’s Director of Communications, agrees. “Our whole goal is for Fox Pointe to be a premier destination, so we’re attempting to make sure that all elements of it, from concessions, to our logistics, to the talent we booked, to the marketing, is up to a standard that is going to make people, not only in our zip code want to come here, but also outside of here. You get one opportunity to make a first impression and we don’t want our concertgoers and attendees to come and not go back and say, ‘Hey, you’ve got to get out there.’ To that end, all of us involved have tried to make sure that each decision was based on us having a premier destination. We also are going to rent the facility to those who meet the criteria of our usage policy. So, that’s another opportunity to take this great piece of land and development and showcase it, not only with what we book, but also for other people and groups who want to use it.”

Podgorski remarks that Fox Pointe’s designation as a “destination driver” has already begun to show some potential dividends, even at this early stage. “We’ve already got some other business owners looking at vacancies on our downtown Ridge Road, which is adjacent to Fox Pointe,” he notes. “So, it’s already starting to attract some interest, and we hope that it’s going to be that driver that brings not only people, but other businesses to our community.” 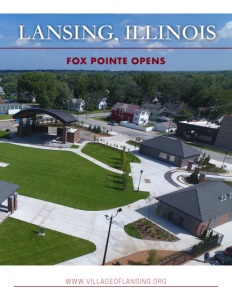