Allstate Tower is Exceeding Needs in Quality, Safety and Price

Allstate Tower is a full-service contracting firm that specializes in the manufacture of solid rod, self-supporting guyed towers and monopoles for the broadcast, cable, utility and telecommunications industries, as well as a provider of maintenance and repair services that include painting, re-guying, inspection, foundation repair, antenna work and structural analysis and modification.

The parent company’s owner and CEO, Don Johnston, had been involved in the tower business intermittently through the years and got back into it full-time in 2003 with the formation of Allstate.

And, according to Allstate’s VP of sales, Kevin Roth, many changes occur even in a brief hiatus.

“The technology changes just about every year, so with that type of curve we’re always trying to stay on top of it and also to remain diversified with all the industry markets that are out there,” Roth said. “The biggest change, really, is on the fabrication side of the business. We’re really trying to grow our material-handling segment of the company.” 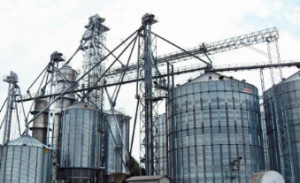 The in-house workforce has grown dramatically since the company’s inception, when it stood at a mere half-dozen. These days, Roth said, it’s up closer to 100 and has been swelling in number each year since he arrived to the business in 2007 – even through the recession years of 2008 and 2009.

Allstate’s headquarters offices and all its manufacturing facilities are in Henderson – roughly two hours southwest of Louisville – though its service work is done across the continental United States. In fact, Roth said, the company has “probably been in every state this year” except Alaska and Hawaii, prompting the use of office trailers or rented space for particularly prolonged stays.

Such a lengthy trip, however, is far more an exception than a rule.

“Most of the time the projects are somewhat short in duration and we travel to where we’ve got to be,” he said. “And when we’re done, we get up and pack up and move to the next site.

“We get around pretty good.”

The Allstate business is comprised of three main functions dedicated to service, fabrication and material handling. Typical customers of the service component are broadcasters, cable television, cellular businesses, utilities and government entities. The fabrication business provides materials to cellular providers and general contractors, while the material-handling side caters primarily to millwrights and agricultural companies, as well as railroads and oil/gas interests.

In terms of competition, Roth said 20 or 30 companies exist on the service side that “can do the things that we do,” but he suggested that Allstate separates itself thanks to a particular focus on working with its customers’ variable timeframes and by setting – and maintaining – high standards for safety.

The majority of the company revenue comes from its service work, he said, though the fabrication is now about one-third and is progressing at a pace that will pull it alongside. Material handling stands a distant third at this point, but is, too, poised for a take-off in the next several years.

“We had very little market share, but over the last five years we’ve been able to get into those markets through word of mouth, advertising and trade shows,” Roth said. “The customer base out there realizes we make a quality product, the pricing’s competitive and the turnaround time – from the time they place the order until it’s received in the field – is pretty quick.

“I think it’s a pretty good

combination that they’re real happy with.”

Allstate has made a significant investment in itself over the last several years as well, upgrading the materials and equipment on hand in the Henderson shop – including industrial-capacity cranes and welding tools – to boost fabrication capacity and ensure strict production timelines are met.

Upgrades to servers and computer software are also planned in the near term to help add capacity and accommodate additional corporate growth that’s anticipated for the near term, Roth said.

“Everything we’re buying is going to be a long-term asset,” he said. “We started with one Anglemaster (fabrication machine) and now we’re up to three. It allows us to open more manufacturing lines. The building that we’re in now, we’ve definitely got room to expand. And as this equipment is brought in it is allowing up to increase our capacity and our fabrication capability.”

The growth mindset is one Roth expects to maintain across the board for the imminent future.

He said a methodical increase in the already predominant service aspect of the business is definitely part of the five-year plan, as are continued progress in both the fabrication and material-handling portions. In fact, he anticipates the three functions to be “neck and neck” within that time frame, with an at least 50/50 chance that fabrication will actually become the overall leader in revenue.

“I think that’d be very positive,” he said. “It’d be very beneficial to the company and to the bottom line to see the fabrication element having caught up to the service side of the company.” 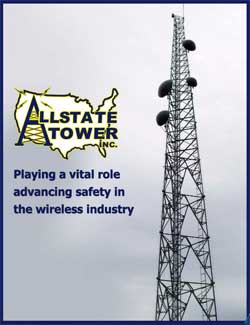