Likely general election voters across the political spectrum remain supportive of trade agreements with additional countries that open overseas markets for goods manufactured in the United States and continue to overwhelmingly believe Congress and the President should work together to seek new trade deals, according to new polling data.

The poll, commissioned by the NAM and released by national survey firm McLaughlin & Associates, also shows a majority of likely voters across America are more likely to back candidates who support trade agreements.

82 percent believe that the President and Congress should work together to put in place new trade agreements; 73 percent support the United States seeking more trade agreements with additional countries; and 59 percent would be more likely to vote for a candidate for Congress who supports free trade agreements.

To conclude and implement new trade agreements that enable America’s more than 265,000 manufacturers and their more than 12 million employees to better reach the 95 percent of the world’s consumers who live outside the United States, the NAM is urging Congress to move expeditiously to pass Trade Promotion Authority.

NAM Announces New Hires and Staff Changes
The National Association of Manufacturers (NAM) has added to its growing team of experts and professionals dedicated to advancing the manufacturing agenda, progressing manufacturing policy and defining the voice of manufacturers.

Jamie Hennigan has been promoted to vice president of strategic communications, Stephanie Robert is the new vice president of marketing within the Office of the President, and Ken Monahan joined the NAM trade and government relations team as director of international trade policy.

“Jamie’s tremendous communications experience at the NAM, on Capitol Hill and in the White House is a valuable asset to advancing the manufacturing story and giving voice to the more than 12 million manufacturers represented by the NAM,” said NAM President and CEO Jay Timmons. “Stephanie comes to the NAM with an impressive record of marketing success and will enable us to grow the manufacturing army. Ken joins the most respected policy team in D.C., and his expertise will help us shape a trade policy that not only benefits manufacturers in the United States, but also equips them to compete in our global economy.”

Hennigan previously served as the NAM’s senior director of media relations. He brings years of communications experience from Capitol Hill and the executive branch as well as congressional and presidential campaigns. Before joining the NAM, Hennigan served on the staff of the House Natural Resources Committee under Chairman Doc Hastings (R-WA-04). Hennigan also served as the assistant press secretary to Vice President Dick Cheney and a media coordinator on the 2004 Bush-Cheney campaign.

Robert comes to the NAM most recently from the International Association of Amusement Parks and Attractions as vice president of global membership and marketing. In this capacity, she was responsible for providing strategic direction and executive management of marketing strategies designed to recruit and retain the global membership base. Prior to that, Robert had a long tenure at the National Association of Convenience Stores, where she worked as a marketing manager as well as the director of marketing and communications.

Monahan previously was a senior policy analyst with Bloomberg Government, where he focused on international trade and technology policy. Prior to joining Bloomberg, Monahan served as an international economist and acting team lead with the U.S. Department of Commerce, where he worked on the World Trade Organization Doha Round negotiations, the U.S.–Korea free trade agreement and other international trade matters, and as a fellow with the House Ways and Means Committee.

“Manufacturers across the United States are experiencing a resurgence, fueled by the American energy revolution and this newest regulation from the BLM not only stands to halt the potential for shale energy on federal lands, but also the potential to create over one million manufacturing jobs. States are already effectively and safely regulating hydraulic fracturing and new federal rules will add additional bureaucracy, more confusion and unnecessary time delays.

“Manufacturers call on the President to embrace an energy policy that allows us to thrive, as opposed to one-step-forward, two-steps-back policies like the one released.”

“The introduction of a bipartisan long-term Ex-Im reauthorization bill by Sens. Mark Kirk (R-IL), Lindsey Graham (R-SC), Heidi Heitkamp (D-ND) and Joe Manchin (D-WV) and a second long-term reauthorization bill by Sens. Jeanne Shaheen (D-NH), Richard Blumenthal (D-CT), Barbara Boxer (D-CA), Cory Booker (D-NJ) and Tom Udall (D-NM) is an important and welcome step in ensuring that manufacturers will have the tools they need to compete in a tough global economy. The Ex-Im Bank, operating at no cost to taxpayers, fills a much-needed gap in export credit financing in the United States—one that private banks cannot fill. We hope this legislation will spur quick Senate action on the Ex-Im Bank in the coming weeks, and we applaud the authors of the two bills for their leadership on this important issue.” – NAM Director of Trade Facilitation Policy Lauren Airey

“The U.S. Chamber applauds the introduction of these two bills in the Senate that would secure a long-term reauthorization of the Ex-Im Bank. Ex-Im is one of the most vital tools available to U.S. companies to help them increase exports and create jobs. For the small and medium-sized businesses that rely on Ex-Im to secure commercial financing, legislation to renew the bank’s charter can’t be passed soon enough. We urge Congress to swiftly pass legislation to renew the Ex-Im’s charter and allow American companies to compete and win in international markets.” – U.S. Chamber of Commerce Executive Director of International Policy Christopher Wenk

WHO: National Association of Manufacturers
WHAT: dedicated to advancing the manufacturing agenda, progressing manufacturing policy and defining the voice of manufacturers.
WHERE: Throughout the United States
WEBSITE: www.nam.org

5 Reasons Your Company Should Have a... 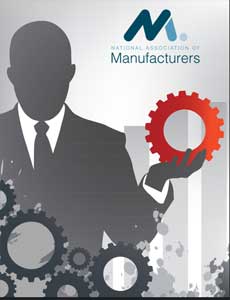 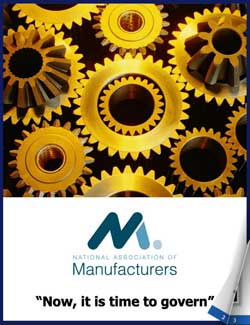