For all you really need to know about S&N Communications, check the tagline.

Oh sure, the company has been around since 1977 and its myriad services include retrofitting existing telecommunications networks, servicing and installing copper, coax, fiber, joint-use and electric networks, assisting in infrastructure construction and providing accurate locating capabilities.

But in reality, the essence of the operation is summed up in those three words. And for those who don’t capture the confident tone immediately, the elaboration provided on the North Carolina-based company’s website drives the point home with little need for additional explanation:

We’re the closer who comes in at the bottom of the ninth. We’re the guys who diffuse the bomb before the timer hits zero. We get the phone number at the end of the night. Why? Because we’re the ones who can walk into a room and say, We’ve Got This.

The collective corporate swagger – according to Chuck Baur, the company’s director of business development since 2009 – arises from a convenient melding of diligence, foresight and talent.

“We study what’s happening today. We study our customer. Then we identify those areas where we can deliver a bigger, better bunch of apples, and that’s what we do,” he said. “And we’re good at it.” 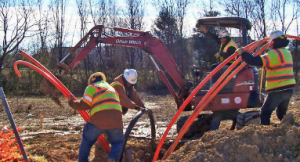 The precise “We’ve Got This” branding, he said, stemmed from a two-day meeting in which 25 mid-level managers were summoned and charged with pinpointing a phrase that described the company to each one on an individual level, to the employees as a group and to its outside customers.

At the session’s conclusion, senior leaders were brought in to settle on the final version.

“It was a very thought-provoking process that helped us all identify, individually and collectively, what we’re all about,” Baur said. “Regardless of the task at hand, we, collectively and individually, can figure out a solution that works for the customer and works for us. We’re probably one of the more competitive groups of individuals that you’d ever run across, but it’s more that we compete against ourselves rather than one another.”

S&N’s existing workforce is just shy of 1,000 employees – Baur pegged it precisely at 995 – but he said it varies significantly based on seasons and on solicited projects the company either wins or does not win. A portion of the jobs the company does are indeed still the product of bidding, but the majority these days are done on a negotiated basis with repeat customers.

Additionally, a pool of up to 3,500 subcontractors is dipped into as need arises, particularly when large-scale customers like AT&T, Google, Comcast and Time Warner announce plans to extend fiber-optic access to multiple communities. Many of the subcontractors have grown in size and scale over the years, and S&N is particularly fond of maintaining those long-term work relationships.

The company’s headquarters are in Kernersville, N.C. – 10 miles east of Winston-Salem and 20 miles west of Greensboro – but the U.S. map is dotted with either actual brick-and-mortar locations, or regions where S&N does locating work and has field employees handling daily assignments via laptop.

The clients with whom business is done varies because of the myriad services that are offered. Some, Baur said, will select multiple items from the S&N menu, while some stick to a particular niche because others on the list are handled by existing departments within their own companies.

Most of the business these days revolves around fiber construction, because, he said, “that’s where all the big noise is right now.” Additionally, the company is prepared to seize opportunities related to both aerial-to-buried conversion – where above-ground power lines frequently impacted by weather events are moved underground – and AC mitigation, which offsets degradation of underground pipes.

“In lieu of replacing a 16- or 18-inch gas distribution pipe at maybe $40 a foot and trying to recover that cost from the rate-payer, they’re placing zinc ribbon in the ground,” Baur said. “What that zinc ribbon does is it pulls the AC current away from the pipe and extends the life of the pipe.”

Though S&N is in a competitive environment with companies of all sizes across many service niches, the confident mindset endures – “We have no peers, but there’s a tremendous amount of competition,” Baur said – and was best illustrated, he said, by a 2010 venture into cable locating.

The company had demurred at the 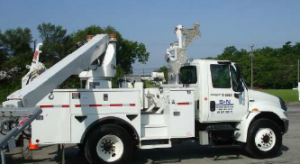 idea of entering the market, but, upon getting a request from a customer, it proceeded. A large investment was made to create an up-front training program to reduce subsequent damage claims in the field, rather than building that same large sum into fee agreements with clients to cover damages that the parties would have typically assumed would occur.

“We built a locating town,” he said. “We sent construction guys, and they took great pride in putting facilities in the ground and they jacked them all up. It made it difficult, but when they’d eventually go out into the real world they weren’t seeing things that were jacked-up for the first time.”

Baur said the company spent about $50,000 in salary for the prolonged training period and a month of ride-along demonstrations with partners, before any of the employees got into the field to produce revenue. But, he said, the first subsequent transaction with a new customer saw that customer’s damages from a single state’s worth of work plummet from $2.2 million to just $400,000.

Reducing those damages, he said, halts an entire chain of problems before they begin.

“What happens when you have a damage?” Baur said. “You have an upset customer because you wanted to watch the Super Bowl with your buds and all of a sudden you lost your cable TV or your telephone service. You lost power, so now your beer’s warm.

“Bad things happen from a customer standpoint. When you have gas and electric damage, sometimes things burn up, blow up and people get harmed. Then you’ve upset our customer, the utility who’s providing those services, because now they’re sending people out there at their expense and overtime to do the repairs and everything.

“Bad things come out of not doing the right thing, and that’s just a prime example of the way we look at things. This industry really has legs, and it’s got legs for people, we think, that do right things the right way. Our ‘We’ve Got This’ slogan is what we think will separate us from the rest of the field.”

Check out this handpicked feature on Summit Automotive Partners.

WHAT: Regional provider of construction and maintenance services to telecom, cable, natural gas and utility companies

WHERE: Headquarters in Kernersville, N.C. 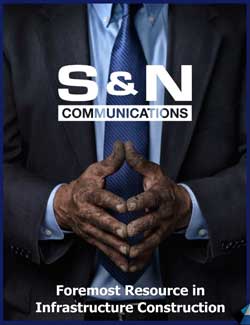