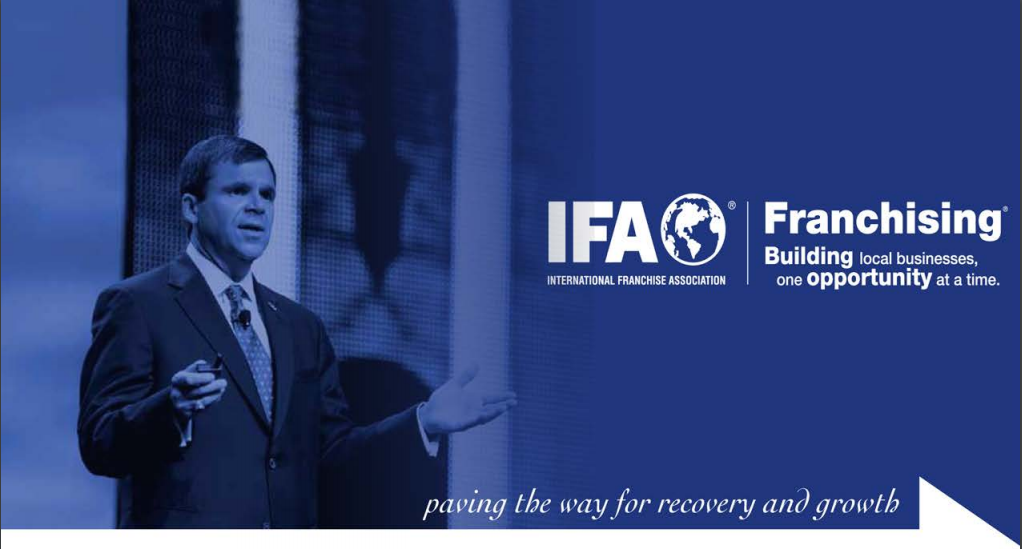 The IFA said the radio campaign, on KOMO Newsradio and KIRO Radio 97.3 FM, discloses that David Rolf, president of SEIU in Washington, admitted that part of SEIU’s motivation for the higher minimum wage in Seattle was to break the business model for franchisees and in turn, expand the union’s membership to franchise employees. 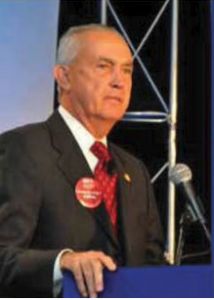 The provision, the IFA release said, was added at the behest of SEIU, according to statements and emails filed in court as part of a lawsuit by the IFA.

“It’s high time the public knows about the SEIU’s real motives behind its campaign to increase the minimum wage in Seattle and around the country,” said IFA President & CEO Steve Caldeira. “The SEIU’s concern is not for the employees working at franchise businesses, but the union’s real mission is to force these hard-working employees to join the SEIU’s dwindling membership ranks in order to get dues deducted from their paychecks.”

As the new radio ad says, “The last thing a low-wage worker needs – even ones making $15 an hour – is a monthly bill for union dues.”

The IFA filed its lawsuit in June to challenge the provisions of the city’s new minimum wage law. Earlier this month, IFA requested a preliminary injunction to stop the part of the new law that classifies small franchise businesses as large businesses. The preliminary injunction would halt the practice by enabling small franchise business owners to pay the same minimum wage as other small businesses while the litigation is ongoing.

If the minimum wage law were allowed to take effect as written, the IFA said, small franchise businesses would be forced to pay a much higher wage than their fellow small businesses that aren’t part of a franchise, putting those franchisees at a significant competitive disadvantage. The result could be closed businesses and lost jobs.

It said SEIU’s push for a $15 minimum wage in Seattle is part of a national effort by the union to break the franchise model and unionize franchisees’ employees. After intense pressure and lobbying by the SEIU, the general counsel of the National Labor Relations Board last month overturned decades of federal and state legal precedent by saying that McDonald’s Corp. can be designated as “joint employers with its franchisees.” This decision, if upheld, would mean that thousands of small-business franchisees would lose control of the businesses they worked so hard to build and the jobs of millions of workers would be placed at risk.

If franchisees and their franchisors are considered joint employers, the IFA said, then the SEIU can more quickly and effectively unionize their employees and expand the union’s power. The union has failed at its attempts to recruit workers at small franchise businesses, but if these locally-owned businesses were suddenly considered national corporations, SEIU’s power grab gets a lot easier.

The SEIU badly needs new members, the IFA said. The U.S. Supreme Court ruled in June that the SEIU can no longer siphon money set aside for low-income and special-needs children and adults who receive care at home by forcing home care and childcare providers who aren’t SEIU members to pay union fees. The Supreme Court’s ruling will likely take away a major source of revenue for the union. The decision has already led the SEIU in several states, including Washington, to tell those workers it will no longer force them to pay the fees. 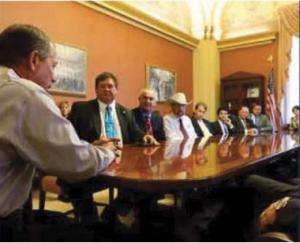 “SEIU is a large and powerful political organization whose primary goal is to seek more power,” Caldeira said. “Instead of hiding behind its purported interest in workers’ rights, the SEIU should be honest with the public about its goals and political agenda. We filed our lawsuit because someone needs to stand up for equity for small franchise businesses, and stand up to the union by bringing its bullying and bag of tricks into the light of day. The ad campaign is just one more step in bringing the SEIU’s motives into public view. This is a union that likes to work in the shadows and we are not going to let that happen.”

The International Franchise Association has formed a partnership with the Job Creators Network, an advocacy organization dedicated to educating employees about government policies that negatively impact their business.

The partnership will provide IFA and its membership non-partisan education tools about how existing and prospective government policies affect their workplace, now and in the future.

“Millions of jobs and small businesses are now at risk due to the unprecedented nature of the recent National Labor Relations Board (NLRB) ruling that franchisors and franchisees can be designated as joint-employers,” said IFA President & CEO Steve Caldeira. “With our continued fight to defend the franchise business model, we must ensure that franchise small business owners are well informed of policies that could alter the way they do business so they are armed with the tools necessary to educate lawmakers.”

“We know 70 percent of small business owners believe Washington is hostile to their efforts to create jobs,” said Alfredo Ortiz, president of the Job Creators Network. “Job Creators Network will allow the IFA to defend the franchise industry through ongoing education by engaging their workforce on public policy decisions.”

IFA’s partnership with the Job Creators Network will integrate into the Franchise Action Network a strategic initiative that mobilizes franchisors, franchisees and industry suppliers at the grassroots level.

“A coalition of the franchise owners, all promoting a single mission, is the best way to protect our industry from an increasingly hostile legislative and regulatory environment at the federal, state and municipal levels,” Caldeira said. 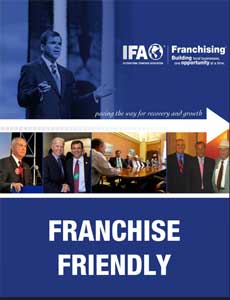