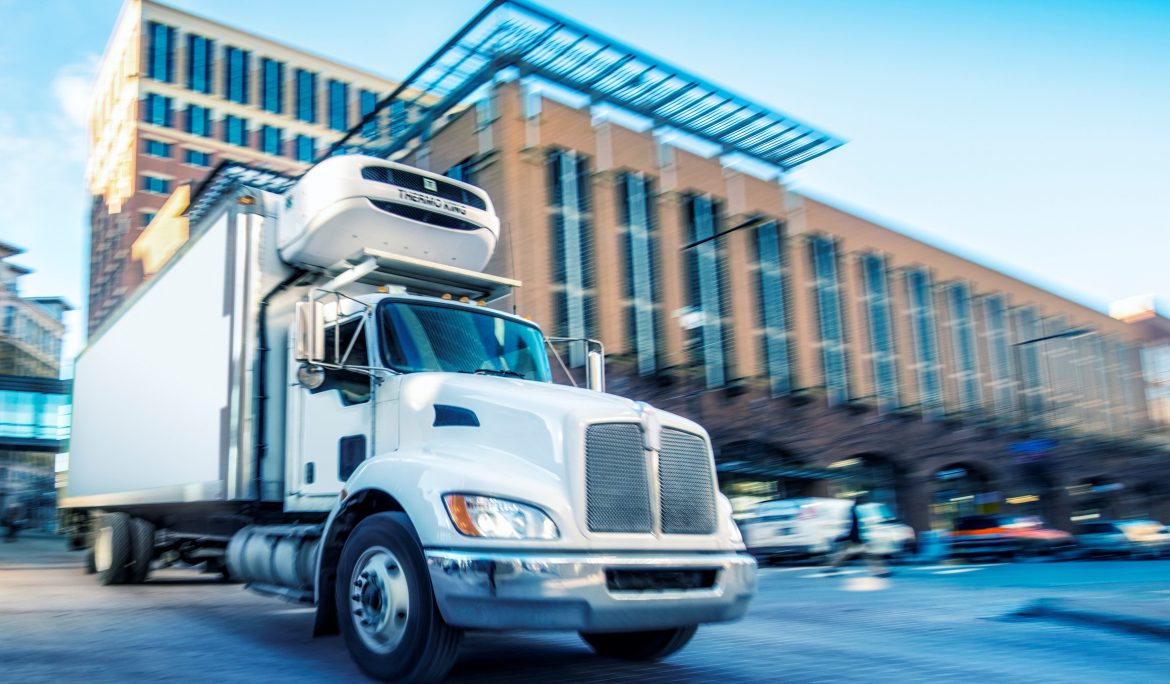 There are four businesses that make up Matthew Hoelscher’s Sonsray Incorporated empire, named for his three sons and his daughter, Rayne. The first, founded in 2002, is TK Services, formerly called Thermo King of Southern California. TK Services is a Thermo King distributor that also provides services for a broad range of climate control applications, including transport refrigeration systems for ground and marine applications, and air conditioning for mass transit buses and light rail. The company has nine locations in California and two in Nevada. The second business under the Sonsray corporate umbrella is Sonsray Rental and Leasing, which was born in 2010. It specializes in the rental and leasing of climate controlled trailers with already installed Thermo King units.

In 2013, Hoelsher purchased, almost by accident, a third, and completely new business to him, in the construction industry. “I was trying to rent a bay out of a CASE dealership in the Reno area,” he begins. CASE is a manufacturer of construction and agricultural equipment, which, at the time, maintained 11 dealerships in four western U.S. states: California, Nevada, Oregon, and Washington. “The local rep was excited because it was during the downturn and they didn’t have a lot of business,” Hoelsher continues. “We got a deal with him, but then it had to go up the ladder. When it got to CASE corporate, they said, ‘No, we want to get rid of these dealerships; we don’t want to be in this business.’ I said, ‘what is that you guys are selling?’ I knew nothing about construction, I had never even heard of CASE. When I saw what they did, it modeled our other business – it’s distribution, it’s selling, it’s having technicians and parts; it’s exactly what we do. So, I said, I’d be interested, and in Jan. 2013, we signed the documents and took over their 11 locations in the west coast, and shortly after that, we opened up the Bay area which was 12, and Las Vegas, which was the 13th location.”

Patrick Fisher, Vice President of Sonsray Machinery, relates how the purchase of the CASE dealerships was only the first step in the company’s growth and eventual success. “If we go back, prior to the acquisition, in 2012, the manufacturer had to assume the distribution of product, because the former owners – primarily two owner groups on the west coast – gave back the distribution to the manufacturer, saying they couldn’t afford to do it any longer. And the manufacturers – most of them are not good at distribution and service, they’re good at making product. So, basically, we started from ground zero, rebuilding the trust of the customers – that we’re going to be here for the long term, instead of being the third owner in five years. So, the first year was: ‘Come talk to me if you make it a year.’ And we showed them what we could do in service and taking care of their operations. We’re a people-to-people business, servicing customers. Our job is to help make our customers make money, and once we started earning respect, it allowed us to grow and continue to grow.”

Hoelscher elaborates: “When we took over, there was just a shell of people keeping the door open; the culture was very depressed and so you had a lot of people who were very negative. Through the years, what we’ve done is replace some bad apples, but also kept the ones that are good, and got them to be more positive and be a good player in our market. And we hired some talent, because at the end of the day, people buy from people, so as we grew, we doubled the amount of employees and onboarded a lot of good people who are going to make a difference, and support and partner with our customers. That’s the biggest thing we’ve done in the last four years – getting people set in the right process. The equipment is still the same; we have a good product line. But it’s the talent that we brought in and continue to bring in.”

In a business such as Sonsray Machinery, Hoelsher clearly recognizes that trained talent is the key to gaining and retaining customers. “We’re a service business; we don’t manufacture, we buy from the manufacturer,” he states. “Those products break down, so we’re very high on training. We make sure we have the best technicians so we can get them back up and running. No matter what product they buy, it’s going to break. So, service, service, service, is our key. And also, we want to build partnerships with our customers; it’s not a transaction – one sale, thank you and goodbye. As they succeed, we want to grow and succeed with them. It’s a partnership, a two-way street. We’re there to help them with their problem, not just sell them. We are a small company with an open-door policy. Anyone can contact me and ask me anything. It’s not a big corporation.”

Hoelscher’s attitude towards his customers extends to the greater communities in which his companies do business. “You can’t take until you give and the more you give, the more you’ll get back,” he declares. So, Sonsray has instituted its “Force for Good,” initiative, wherein its employees are challenged to take a paid day off in order to participate in local charity events. Sonsray workers have: biked to fight cancer in Redding, helped the homeless in Los Angeles and San Diego, raised money with the Lions Club in Sparks, collected coats for the less fortunate in San Leandro, fed the hungry in Torrance, ran for the CURE in Santa Fe Springs, and helped build a playground in Sacramento, among other worthy projects.

As for the future, Hoelscher says that he would like to continue to grow his businesses both organically, and by acquisition when the right opportunities arise. “We are always looking for expansion, and we are always on the lookout for acquisitions if they make sense,” he says. “On the segment side, rentals is a great opportunity for us. Sales of equipment is the biggest revenue, but it’s our lowest margin. Our best margin, overall, is rentals because it brings in service and parts. It’s still a very small part of our business and it’s a big market, so we want to expand it to all locations.”

WHO: Sonsray, Inc.
WHAT: A distributor and renter of construction equipment and refrigerated trailers and containers
WHERE: Torrance, California
WEBSITE: www.sonsray.com 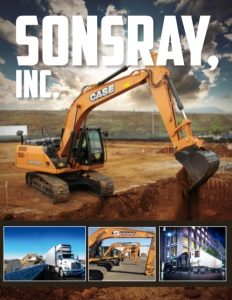