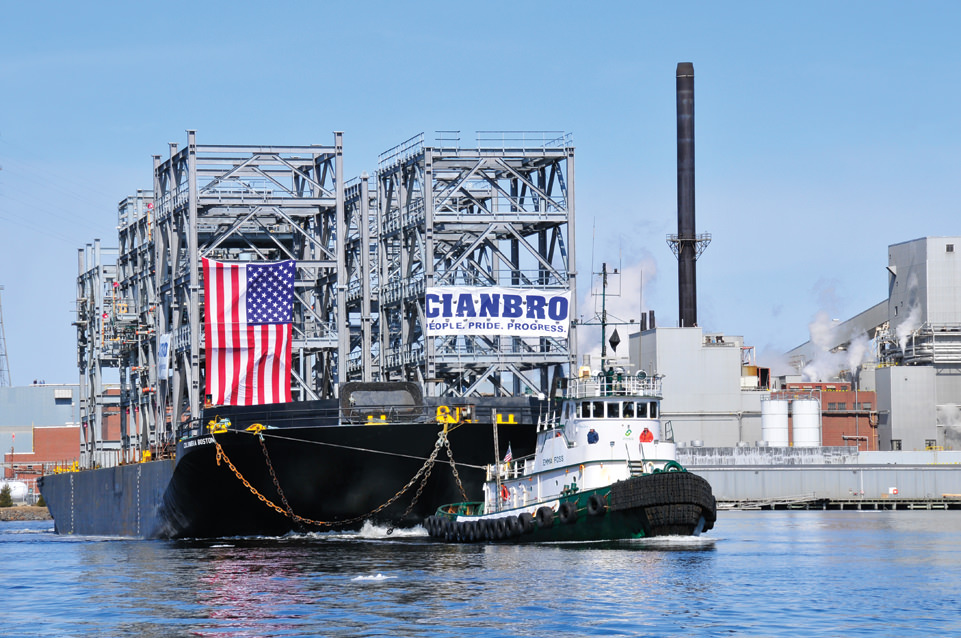 Business View Magazine interviews John Parrott, President of Foss Maritime Services, as part of our focus on Best Practices in the Maritime Industry.

Foss Maritime Company was founded as a tug and launch company in 1889 by Thea and Andrew Foss in Tacoma, Washington. Today, Foss owns and operates one of the nation’s largest coastal tug and barge fleets, offering a broad range of green- and blue-water marine services. They serve the world’s largest oil and gas companies, international shipping companies, and a variety of governmental and nongovernmental agencies. In addition, Foss Maritime’s two Pacific Northwest, full-service shipyards in Seattle, Washington and Rainier, Oregon provide naval architecture, marine engineering services, repairs, and maintenance.

John Parrott, President and CEO of Foss, guides with his mind on the helm and his heart on the sea. “I’m a mariner by background, and sometimes I’ll wander into using terms that make a lot of sense to me, but not to people who don’t do this for a living,” says Parrott. “When you talk about transportation in America, everyone thinks about roads, rail and airplanes, yet the oldest transportation method in our country for the movement of people and goods are our lakes, rivers, and coastal waters. In the future, as it becomes more difficult and costly to build roads and expand airports, and there’s more pressure on trucking and rail, I believe our country will go back to using more domestic water transportation. It already is the largest by tonnage means of moving freight in the U.S. and around the world.”

From local harbor jobs to complex projects in the world’s harshest environments, Foss has the capabilities, resources, and expertise to efficiently manage customers’ toughest challenges. Foss engineered and built the world’s first hybrid tug and hybrid tug conversion, and continues to expand its Arctic Class fleet – recently launching three Ice Class tugs; the last of which, the Nicole Foss, was christened in June of this year. She follows in the wake of her sister vessels that have towed oil field equipment from Korea to Alaska’s North Slope, traveled thousands of miles across the globe towing drilling rigs to the Siberian Arctic, and joined in operations at Red Dog Mine. Along with these carefully planned trips, the Arctic Class Tug, Michele Foss, recently executed an emergency rescue of a 751-foot, 81,882-deadweight ton bulk carrier in the Gulf of Alaska.

Parrott says beyond the hybrids and Arctic Class tugs, Foss tugs are hard at work every day along the West Coast, Hawaii, Alaska, and beyond: “They’re the work horses of industrial harbors all over the world. We tow oil barges up and down the coast, and do different kinds of delivery, even random one-off projects – tows going to Russia, the Far East, Africa, Indonesia… If you have a marine service requirement, we have the skills and resources to support it.”

Foss recently completed the transportation of three 320’-long steel bridge sections, each weighing about 700 tons, along with two 100-ton beams to New Jersey. The components are part of the new Wittpenn Bridge across New Jersey’s Hackensack River. They were manufactured by Vigor Works, loaded onto Foss’s barge, The American Trader on the Columbia River, then towed by the Lauren Foss south down the coast, and through the Panama Canal before heading back north and the U.S. East Coast.

In addition to ship assist/escort services for ships calling on ports, Foss provides a vital link within the oil and gas industry – transporting bunkers, refined products, and raw materials between supplier, seller, and buyer. They are currently completing an LNG bunkering barge that will surpass all others in the U.S. The barge will re-liquefy the fuel, as well as transport it.

The company credits its success, in part, to long-term relationships with vendors that are the best in their field – including Schuler Fenders, CAT, Rolls Royce, G.E., Nautican, and Markey Winches. By putting energy and resources into improving the supply chain, Foss can offer customers the highest quality, safety standards and reliability available.

In addition, strategic partnerships leverage what everyone does best. Foss has formed partnerships with sister companies like TOTE, with local and native organizations, and groups like HillCorp–an exploration and energy production company, and HDR Alaska that, through an alliance, provides engineering, infrastructure development, and consulting services to the Alaskan resource development industry.

Furthering green technologies, and pushing towards having the highest safety standards in the industry, with a commitment to zero incidents, take top priority. Operating in strict compliance with federal, state, and local laws and regulations, the company provides ongoing programs to employees addressing education, training, and communication of safety procedures and environmental policies.

Parrott notes, “Historically and market-share-wise, we’re a leader in this vibrant industry, yet the scope and scale of the work, as well as the variety of job opportunities, is not well known outside of marine circles. For instance, in Portland, we have a center that tracks all our assets, those of our sister companies, and some of our customers’. The folks we train in-house come to work and track vessels all over the world; providing them with important news and weather updates. They find it fulfilling and fascinating, yet the average person wouldn’t know that type of job exists.”

Foss prides itself on operating like a family, with everyone looking after each other. As a result, Foss has a high retention rate and employees stay an average of 12+ years. More than 300 people have been with the company more than 20 years, and some for 30 and over 40 years. The perks are many: career development support and training opportunities, safety and quality standards second to none, competitive compensation and benefits, community involvement, and the opportunity to be at the forefront of the maritime industry. “Retaining a world class work force by fostering an environment of mutual trust and respect is one of our core values at Foss,” Parrott said.

The maritime industry has an ebb and flow in activity. Parrott points out that, “while Foss thrives in the busy times, we certainly don’t slouch off in the leaner times!” Foss is currently building four new “Kapena Class” (Hawaiian for Captain Class) tugs for its Honolulu-based subsidiary, Young Brothers. It is also finalizing the purchase of a new Marine Operating System that will greatly the connectivity of fleet and shore, conduct vessel audits, increase training and employee support systems, and refine safety processes and awareness programs.

After more than 128 years, the Foss brand is known and respected worldwide – largely due to consistency, longstanding relationships with clients and vendors, and a track record that speaks for itself. Looking ahead, the maritime industry is collectively facing some headwinds, yet there are also opportunities as the world moves more towards renewable energy, and technology changes how services are provided.

These new demands will certainly affect service offerings in ways yet unseen. As Foss Maritime’s new Chief Commercial Officer Will Roberts recently said, “We won’t be changing the core of what we do, but we might change how we look for business and where we look. The marketplace continues to change, and wherever there is change, there is opportunity.” 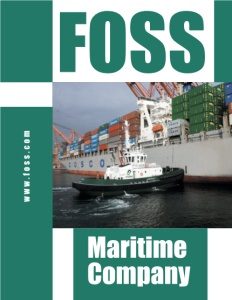