The New Orleans Lakefront Airport is a public use airport located five miles northeast of the central business district of New Orleans, in Orleans Parish, Louisiana. Built at a cost of $4.5 million, the 473-acre Airport opened in 1934 on a man-made peninsula jutting into Lake Pontchartrain on the eastern side of the Industrial Canal, which links the lake to the Mississippi River. To make land available for the project, the Orleans Levee Board, which owns the Airport, drove a 10,000 foot retaining wall into Lake Pontchartrain and pumped in six million cubic yards of hydraulic fill to raise the field above the water.

Originally the major commercial airport in the New Orleans area, Lakefront Airport relinquished that role in 1946, when commercial airline service began from Moisant International Airport, now known as Louis Armstrong International Airport, a significantly larger facility located in the nearby suburb of Kenner. In the 1950s, Lakefront was designated as a general aviation airport, with three asphalt runways that serve private, corporate, and military traffic. 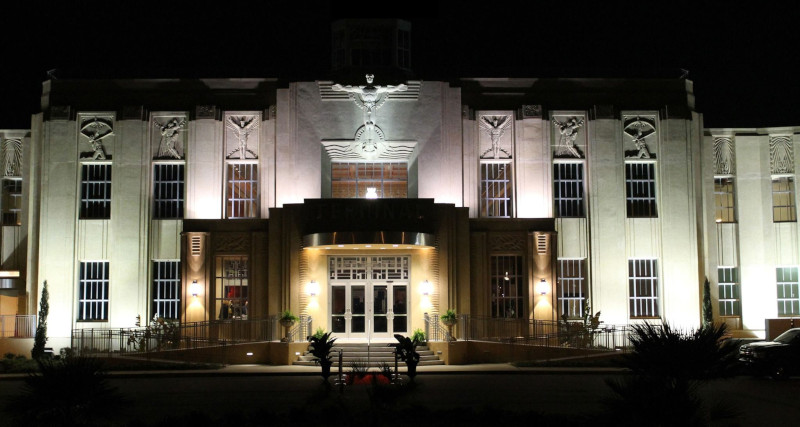 The New Orleans Lakefront Airport is owned by the Orleans Levee District, but is operated by the by Non-Flood Protection Asset Management Authority. “Up until the early 2000s, the Levee District owned and operated all the property,” explains Executive Director, Jesse D. Noel. “But, following Katrina, it was said that the Levee District, which is supposed to provide flood protection for the citizens of Orleans Parish, was focusing too much on its ‘non-flood assets’ – they owned the airport and a couple of marinas and a lot of recreational space – and so they divided the non-flood assets from the flood assets and created a separate entity to manage them. The Airport is kind of our crown jewel – it’s the largest enterprise that we operate for the Orleans Levee District.”

Noel adds that the New Orleans Lakefront Airport is predominantly self-funded, but does receive some supplemental funding from the larger Authority. “The Orleans Levee District owns many more non-flood assets than just the Airport and so some of those other assets will supplement some of the funding required at the Airport,” he explains. “But we are, with large scale deferred maintenance projects considered, about break even, right now.”

In 2005, the New Orleans Lakefront Airport was damaged by hurricane-force winds and the storm surge of Hurricane Katrina, and a number of its hangars and outlying buildings were destroyed. However, over the past several years, its singular, art deco terminal building has been restored to its original grandeur, with floor to ceiling granite and a grand atrium entrance hall. In addition, thick concrete panels that were added to the building in the early 1960s, to turn it into a Cold War era bomb shelter, have been removed.

As a GA airport with between 100-150 home-based aircraft at any one time, Noel believes that New Orleans Lakefront Airport is a unique facility. “Part of the uniqueness is the age and history of the Airport and part of what gives us a competitive edge in today’s aviation market is we’re 15 minutes from downtown New Orleans and the French Quarter,” he states. “We’re the only Airport that can say that. If you land at Lakefront Airport, you get on the interstate in five minutes, and you’re downtown in ten. So, we think that gives us a very strong advantage with the business community and we market on that, heavily.”

Currently, Noel reports that all of the New Orleans Lakefront Airport’s active hangar space is filled. “We did have a three or four hangar reduction following Katrina – some facilities that were abandoned. The rest were all reconstructed or restored,” he says. “We’re getting ready to develop a list and looking at building some additional T-hangars to accommodate some of the smaller GA aircraft, but all of our large hangar space is leased out to the two FBOs that we have on the airfield and it is full, by all accounts. We do have patches of ground where we could expand some hangar space; most of it has been left vacant after Katrina or it hadn’t been developed, initially.” 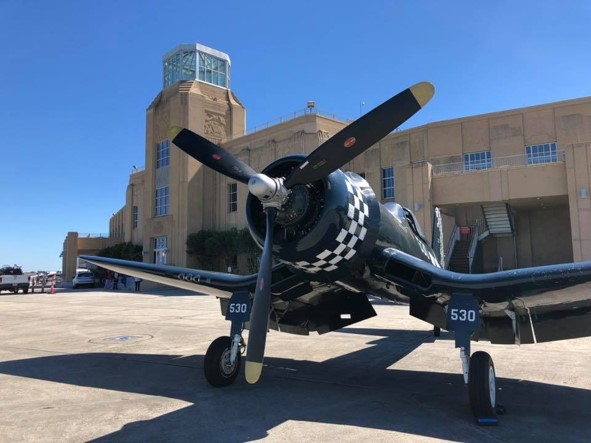 When it comes to building new hangars, Noel adds that he favors offering ground leases to developers and letting them build them, themselves, from the ground up. “We just got approved from the FAA to redo our Master Plan, and we’re endeavoring to do that, right now. It’s to identify the optimal locations for T-hangars to increase our GA-based aircraft community, and also to build more large hangars and get our business community back here to what it was before Katrina.”

Most importantly, however, Noel says that he’s most eager to get the airfield in as good shape as possible so that it can re-apply for a Part 139 certificate from the FAA, which it had prior to Katrina, in order to, once again, attract a commercial carrier. “We’re working with the FAA and the State Department of Transportation of Louisiana to focus on airport improvement,” he asserts. “We serviced our parallel runway in the past two years and we have a major runway rehabilitation coming up in the next two years. And we’re going to endeavor to get all of the taxiways upgraded and get all the lighting systems upgraded.”

Meanwhile, New Orleans Lakefront Airport will continue to operate as the only GA and business airport within Orleans Parish, and with two FBOs, three charter services, two aircraft service and repair companies, a customs facility to facilitate international flights, two flight schools, and an aircraft rescue and fire fighting station, one of the busiest airports in the State of Louisiana.

Check out this handpicked feature on Lewiston-Nez Perce County Regional Airport – Options for the future.

WHO: The New Orleans Lakefront Airport 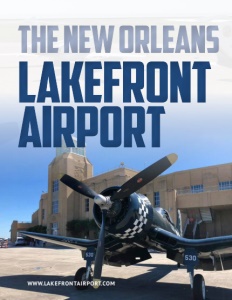