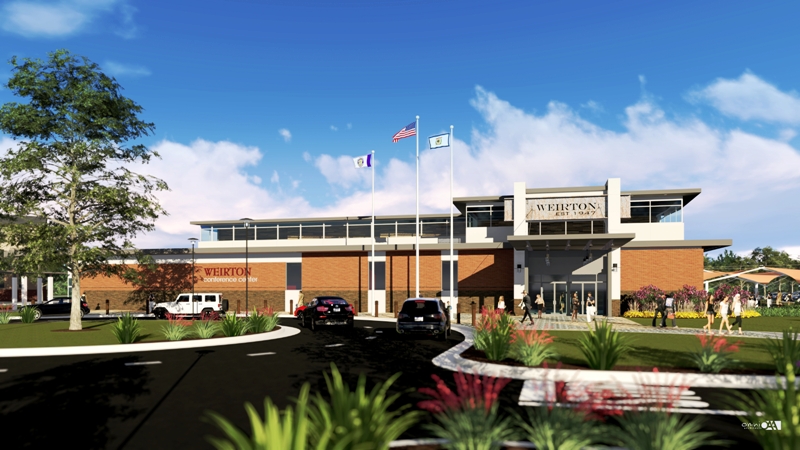 Incorporated in 1947, Weirton’s roots date all the way back to the mid-1700s; to a frontier settlement in a valley where Harmon Creek empties into the Ohio River, one of the country’s most navigable waterways. Weirton is divided between Brooke and Hancock Counties and is the only city in the United States that sits in one state while its borders touch two others. Travis L. Blosser has been Weirton’s City Manager for two years, and works closely with the Mayor who was newly-elected in 2015.

Blosser reports, “The city was built around Weirton Steel, one of the largest producers in the country with about 13,000 employees in its heyday. We still finish a lot of steel here for different industries, but we don’t produce it anymore. When I started as City Manager, one of the things we immediately had to focus on was revitalizing our community. More than a decade back, the counties and the city got together and formed a business development corporation, a non-profit group whose sole mission was to bring in grants, obtain businesses, and redevelop property such as brownfields, and turn the sites into usable properties. That organization wasn’t very successful. In 2009, it did a revamp and hired a new director, who has been amazing.”

Where Weirton Steel was, on the outskirts of the city, there was brownfield grant money and some redevelopment and jobs coming in, but nowhere near what should have been happening, given the city’s size and population of about 19,700. The big concern from the Mayor was the city’s lack of focus on planning for the future. When Blosser arrived, one of the first things they did was create a Planning & Development Department, that immediately transformed how they worked with the business community and potential developers.

Blosser says, “It was all a matter of efficiency. Now that we’ve done that, over the last six to seven months we’ve had two major international companies decide to call Weirton home. One being Bidell Gas Compression out of Calgary, Alberta. They are renovating a 100,000-square-foot facility that was the former Weirton Steel machine shop, and expect to employ about 130 people. They also announced they are locating their U.S. headquarters here, so they will have office space and everything else with this facility.”

The next major announcement was in the Three Springs Business Park – also a former brownfield area that was once the headquarters of Weirton Steel, and a large National Steel facility. About 400 employees worked there, altogether, in both operations. That facility is gone, and the site is now home to the Rue 21 distribution center; an onsite bakery that delivers pepperoni roles across the state; and Pietro Florentini from Italy, that make valves, fittings, and pressure regulators for the home gas industry, the natural gas industry, and horizontal drilling that’s occurring in West Virginia, Ohio, and Pennsylvania from the Marcella Shelf. That company is building a 50,000-sq.-ft. facility for its first phase, with five additional phases of construction planned for different product lines it wants to roll out – a welcome $7 million investment by the company.

Because of those investments, and international businesses looking to call Weirton home, the city is working to construct a conference center facility within the business park and near hotels to encourage more growth. Part of that conference center project is a redeveloped master plan for additional retail development in the area, which was another former brownfield.

Blosser admits, “I commonly refer to Weirton as the kingdom of brownfields, any type of industry you can think of, we’ve had here. So, now, it’s getting those properties to a point where they can be reused, and employ people with nice middle-class wages to be able to raise their families, send their kids to college, and give back to the community. Business has increased over the last two years with additional retail development, and redevelopment, including a former Walmart facility. The parking lot and building has been retrofitted into light manufacturing and retail. That whole facility, and a complete retail area, has changed our landscape.”

The city is also looking at roadway improvements for additional access, and streetscaping to foster a different environment, as well as improving water meters and street lighting to make the community more energy efficient. Weirton still has problem areas, like the downtown, that need additional investment. To that end, they brought in a group called Sustainable Strategies, which is a Washington, D.C. strategic consulting and lobbying firm. Blosser says, “We’re working with them on grant funding for several projects, the biggest one being our north end where we have about 1000 acres of brownfield (Bidell is a part) that was recently sold by Arcelor Mittel, who took over all the Weirton Steel properties that are now going to be redeveloped. The new owner is the Frontier Group of companies out of New York. They are in the process of demolishing and removing the old blast furnaces; eventually providing us with usable brownfield land to redevelop.”

Part of the sustainability strategy is going after advanced manufacturing, and renewable and sustainable technology sectors, including carbon fiber, wind turbines, solar panels, advanced vehicle and battery production, and other emerging high-tech, energy-intensive industries. According to Blosser, “Weirton’s location is fairly strategic for river access and rail access. We can get to the Pittsburgh International Airport faster than individuals in the Pittsburgh market area. We also have access to major highway arterials that can get you to Cleveland, Pittsburgh, and Washington, D.C. We are extremely well positioned and much different than any other West Virginia city.”

The emerging medical district in Weirton is a key economic driver. The hospital has added an additional 600 employees in the last three years, and expanded its reach to Ohio and Pennsylvania. It is one of the only hospitals in West Virginia that is bringing in patients from other states, rather than having their patients leaving to seek treatment in different facilities. It has recruited the best doctors and started to put additional money into facility infrastructure with a new remodelled emergency and trauma center. The hospital is now the largest employer in Weirton.

About 3,500 people in West Virginia work for Japanese firms, such as Feroleto Steel, a division of Toyota, located in Weirton. And the city is working diligently to entice more potential Japanese investment in job creation and manufacturing. Blosser says, “The Executive Director of our Business Development Corp. has been meeting with companies in Japan. We’re not going to be the group that sits here as city administrators. The direct message I had with the Mayor is ‘we take no passive approach with economic development.’ We’re not going to wait on the state or any other government organization; we’ve got to do it ourselves.”

The plan has proven successful so far. Projects that were stalled, or headed to another state, have changed course. Pietro Florentini looked at Texas, North Carolina, Pennsylvania, even Canada, and chose Weirton, West Virginia to locate its first U.S. manufacturing operations. It already has its building designed and plans submitted to move forward with the site. Bidell is currently renovating its facility and has already hired 20 to 25 employees. Construction of the Weirton conference center is expected to be underway in the next three months.

Weirton is redeveloping its image to be as business friendly as it can be. The workforce is ready, the infrastructure is ready, and there’s a city and community dedicated to growing existing businesses and population, and improving the quality of life for everyone involved. With all that on its side, the city’s future is looking strong, indeed.

WHO: Weirton, West Virginia
WHAT: Former steel city in the midst of reinvention; population 19,700
WHERE: Located in Brook and Hancock Counties, northern West Virginia
WEBSITE: www.cityofweirton.com 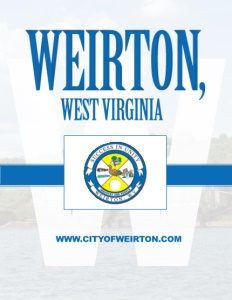