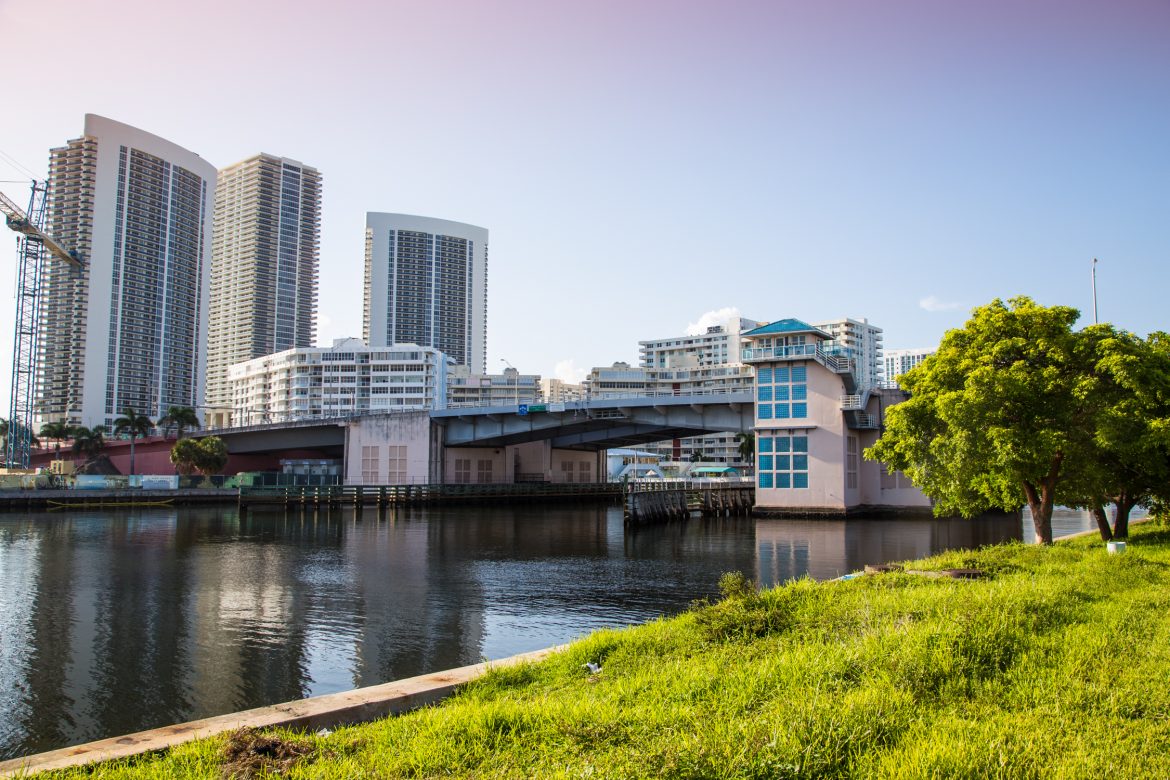 Hallandale Beach, Florida – population just shy of 40,000; roughly four square miles in size, bordered by I-95 on the west, the Atlantic Ocean on the east, the City of Hollywood to the north, and the city of Aventura and the Dade County line to the south. Thus landlocked, there is no land to annex, and that presents a unique set of challenges. How do you evolve your government to stay up to date, to make up for resources that need to be modernized, when there is no land on which to grow?

Roger Carlton, Hallandale Beach City Manager, responds, “In most cases, the answer is to grow vertical. Of course, the highest value property is along the ocean, as it is everywhere in Florida. We’re probably at our vertical limit and close to our build-out limit in terms of sites that are available on the beach. We became a redevelopment city 21 years ago, and we have the second highest percentage of total land mass as a redevelopment city in the state of Florida. A little more than 80 percent of our land mass is a Community Redevelopment Area (CRA).”

The predominant reason for that was the decision to include the Gulfstream Casino and Race track, which back in the ‘90s, was in a poor state. Today, Gulfstream is an enormously successful complex with a casino that’s run by multinational Genting.

Hallandale Beach is also one of the few jurisdictions of its size in Florida with a second casino – “Mardi Gras” – a dog track and casino venue. Both casino complexes have large areas of land – both in redevelopment areas. There’s already a shopping center being built, a thousand-seat movie theater about to go under construction, and more than a thousand housing units being considered for construction very soon.

Developers and investors like consistency, predictability, and efficiency in local governments. Hallandale Beach is moving rapidly in all those directions. Enhancements in building permitting have cut down the time it takes to get a plan review or building permit by more than half.

There is still a significant amount of reasonably priced land available within the redevelopment area that the city has accumulated sometimes through clearance, sometimes through Public Private Partnerships (P3s). Carlton says, “We have six of those going right now, where people have come to us with proposals that are all in negotiation of redevelopment agreements. There is a critical mass building of new restaurants, and reasonably priced housing within the redevelopment area. We are in the process of completing infrastructure improvements such as roadway enhancements and storm drainage, to ready the area for the remainder of the life of the CRA. In Florida, they only run for 30 years, so we have nine years left.”

Private sector construction of everything from shopping areas to rental units to condos is extremely robust, with a billion dollars’ worth of buildings already in or in progress, and easily another billion dollars on the drawing board. Being landlocked, it’s crucial to increase taxable value by redeveloping areas with new product. Carlton adds, “In some places, that’s vertical. A lot of folks are concerned about that, so we’ve taken a hard look at the land use control on our two main streets – Hallandale Beach Blvd., east and west, and Federal Highway/US-1, north and south. In that process, we are about to change the zoning to a form-based code that will bring down the height of buildings, moving them basically out to the street where the interface with the people on the road is not a parking lot, it’s sidewalk cafes and retail stores. That’s been successful for a few years on Federal Highway, and we think it will be successful on Hallandale Beach Blvd., next.”

While the two casinos are major economic drivers, retail and restaurant businesses lining the city’s two main streets also employ a significant number of people. A mid-rise office environment is on tap for the Federal Highway area, south of Hallandale Beach Blvd., down to the Miami-Dade County line. Most of the buildings will be under 30 stories. There are five buildings in the pipeline; the first has broken ground.

“We’re re-visioning the city in two ways based on the existing land use patterns,” says Carlton. “One is the form-based code revision, which will allow developers to create lifestyle-type projects that include the amenities with residential, or a combo of office with residential on top. Even though there is less density – height in this case – if you meet all the criteria in the form-based code, you can pretty much walk through the permitting process quickly. It’s only if you need variances that it requires longer approval.”

The second is Peter Bluesten Park in the southwest quadrant of town – six city blocks being completely rebuilt from the ground up. The $26 million project includes a 40,000-sq.-ft. YMCA that will operate the park and all the related programs usually run by the city. The plan is to create a new downtown for Hallandale Beach, and connect with an existing rail line that will eventually carry a high-speed rail and a local transit line linking Miami-Dade County to the south with Ft. Lauderdale to the north.

The long-term goal is to have the still affordable land around it developed as workforce-type housing. The project includes a stage area for cultural events and is a very walkable, liveable kind of space; a focal point for people to meet, talk, and enjoy life in Hallandale Beach. It’s expected the park will be completed in 18 months. Some major developers in south Florida have inquired about becoming a Master Developer of the whole surrounding area.

Carlton says, “Marketing a city is like marketing anything, you have to have the product to begin with, have the opportunities for people to make money, and have the lifestyle to draw Millennials. We are an urban city and our development opportunities are vertical. We have a good, single-family stock that needs upgrades and code enforcement. We also have some very luxurious housing on the southeast area. Three Islands and Golden Isles are beautiful waterfront properties. And the Diplomat Golf Course is here. It has a spa and a 60-room hotel that has been closed for some time and is going to reopen soon.

Hallandale Beach is stirring a lot of interest and the challenge for Carlton and his team is to find the resources to keep up with the infrastructure requirements, land use, and security issues; every department is energized to make the city a better place. Assistant City Manager Greg Chavarria says corporations are pleased to do business here. “We have a large presence in the Gulf Stream office building with the European Wax Center corporate office, from where they run their franchises around the world. Also, there is the Zumba Fitness headquarters, and Price Waterhouse Cooper Digital has an Experience Center, where they do digital marketing for Fortune 500 customers.”

Gaining “buzz” for Hallandale Beach on social media is important to the city’s evolution. Chavarria reports, “We were picked by our digital provider as one of the six most vibrant websites, out of their 2,000 customers in the country. We look forward to engaging more and better with the community and business sectors through digital channels.”

Hallandale Beach is currently taking part in sustainability and land use studies. The study is also looking at sea level rise and dealing with climate change. Carlton says, “It’s exciting. I’m looking forward to that study coming out, and going through the public participation process and eventually having it adopted by the City Commission.

“We have a large Russian population here, who’ve bought into the high-rise buildings along the ocean. We also have a large Canadian population. So, while our census number is around 40,000, our winter population may be much greater. How we deal with that kind of increase, and diversity of background, is another of our challenges. We want Hallandale Beach to be an extraordinary place with a high quality of life for all levels of society. We want it to be a great place to do business and grow your public or private entity, and it should be welcoming to all people.”

Check out our new feature for Hallandale Beach, Florida here.

WHAT: A four-sq.-mile city in Broward County; population approx. 40,000

Alabama League of Municipalities – The voice... 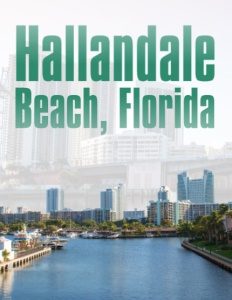