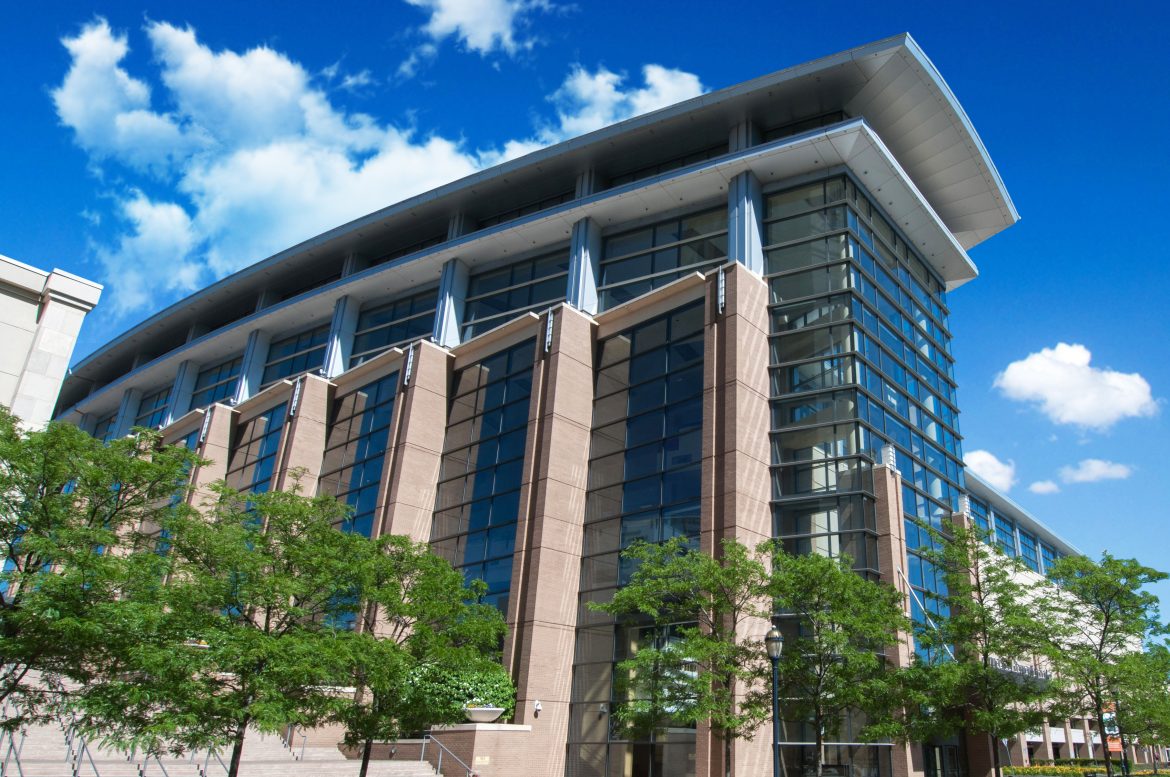 The Connecticut Convention Center is an award-winning venue owned by the State of Connecticut with a mission to enhance the economic fabric and quality of life of the city of Hartford. It is touted as the northeast’s most ideal location for trade shows, conventions, business meeting – any occasion seeking a dramatic riverfront setting. The Center overlooks the Connecticut River in the heart of downtown Hartford’s Front Street District – a rapidly expanding entertainment hub, teeming with new restaurants, bistros, and entertainment venues.

Mike Costelli, General Manager of the Connecticut Convention Center, discusses its background: “The Waterford Group, a leader in the hospitality and gaming industries, was responsible for developing the Convention Center, which opened in 2005, as well as the adjoining Marriot Hotel that opened shortly after, and the Connecticut Science Center in 2009. Waterford owns and manages the adjoining 400-room Marriot full-service hotel, and we have an off-shoot division called Waterford Venue Services that employs us and is contracted to manage the Connecticut Convention Center on behalf of the Capital Region Development Authority (CRDA). That’s a quasi-public agency that owns the property and oversees its operation.”

At 540,000-square-feet, the Connecticut Convention Center is the largest convention facility between New York and Boston. The venue is visually stunning and generous in size with 140,000 square feet of exhibition space, a 40,000-square-foot ballroom, and 25,000 square feet of flexible meeting space. Award-winning event planning and in-house catering teams combine to make the guest experience memorable and positive. Every facet of hosting an event has been taken into consideration – from state-of-the-art audio-visual, to flexible space allotment and abundant pre-function areas, to ample on-site, sheltered parking.

The Convention Center has 84 full-time employees and 220 on call, employed on an occasional basis, depending on the size of an event. Rather than servicing a specific niche market, the venue covers a broad range from conventions and trade shows, to sporting events and public shows, hosting around 250 events in an average year. Associations are its strongest market.

When courting customers, the Center focuses on providing a prime location between Boston and New York, but at much less cost. Costelli notes, “When you’re looking at northeast associations, you have a tremendous amount of population to draw from. For example: The Aircraft Owners and Pilots Association (AOPA) traditionally goes out to Palm Springs, California. And they have come to us twice, because they have such a large membership in the northeast that they wanted to do something here.”

A local organization called Riverfront Recaptured hosts a variety of teambuilding activities along the riverfront. These are corporate events designed for large groups that want to participate together, outdoors. There are also two casinos within 45 minutes of the Convention Center – entertainment for groups that want accessibility, but don’t want to be housed on the casino premises.

Costelli adds, “We also have a tremendous variety of food and entertainment here in the capital city, and a diverse community of venues. We have the XL Center (formerly Hartford Civic Center) with an indoor arena. We have Rentschler Field, where the UCONN Huskies play football. Also, Dunkin’ Donuts Park just opened a couple of blocks away, home to the Hartford Yard Goats. For large organizations that can’t afford Boston or New York, if we don’t have the space here at the Convention Center, we have a great selection of facilities nearby where they can do a large speaking program, or outdoor activity, or add to a trade show.”

When the Center first opened, IT infrastructure was managed by a third party, but that model didn’t work out due to lack of accessibility and the need to have people onsite quickly. Today, there is a full-time IT person on staff, and two people on call for support. When a sizeable group needs 24-hour coverage, it is available in-house, rather than going to an outside agency. Since 2005, the Center has spent $250,000 revamping IT and AV production systems; two years ago, the phone system was replaced at a cost of $80,000. Costelli says, “We have a group coming this Fall with pretty strong internet requirements, so it will cost another $50,000 to upgrade our system to provide what this particular Association is looking for. Having said that, all groups are headed in this direction, so it’s money well spent.”

Digital signage has become a must-have venue component. The Center utilizes flash screen TVs and a new software program to provide better digital signage and advertising throughout the facility. In the lower lobby, a video wall of screens allows groups to share messages with guests as they enter the facility. Internet is provided free of charge, a big issue competition-wise.

A year ago, the Center did a refresh. Costelli elaborates: “The Center has a lot of carpet – we re-carpeted the whole facility, all the public furniture is new, and we added a new box office. The lower lobby went through an extensive refurbishment where it connects to the Marriot Hotel, so the two buildings now have a similar design style. Across from our Business Center, we added a 15-seat charging station where people can work on their laptops. So, in the last year, we’ve gone through many capital improvements to keep ourselves modern and fresh and better able to serve our guests.”

Demers Audio Visual is a local company that works nationally, but the Convention Centre is the only such property it manages on a day-to-day basis. Having them in-house as a third-party audio-visual purveyor for the last four years has been a great benefit, and service scores have seen a remarkable increase during that time.

Another beneficial partnership is with Local 1224 Laborers Union. Costelli says, “Our operating departments – everything from the culinary team, to engineering, to environmental services (housekeeping) – are unionized members. Our relationship with the union has been outstanding. Not one grievance in the eight years they’ve been in the building. And there is no burden to our guests, since there is only one union and they share what they do. If somebody needs a table moved, we move it. It’s not a matter of well, this guy has to do this and that person has to do that.”

Regarding green initiatives, the Center is working with the State of Connecticut on a unique new food recycling program, implementing designated bins in the facility. Wet trash and dry trash is sent to separate facilities and recycled differently. That initiative is in addition to the Center converting to LED lighting, and other basic upgrades that most convention centers are now making in their facilities.

Another bonus in favor of the Connecticut Convention Center is that it is a downtown property with a dock and 20 loading bays with two ‘aircraft doors’ – enormous doors that slide open to allow freight to be moved about easily. It’s very important to meeting planners and trade shows, as several groups can get in and out quickly at the same time.

Costelli adds, “We also have convenient highway access. There’s us, then the highway, then the river. You get great views – and the highway makes it easy to get to us, and away from us. And, of course, it helps being centrally located with immense populations between Boston, New York, and major Connecticut cities such as Greenwich and Stanford that house a lot of executives from the Big Apple.”

Innovation, location, size, plus, plus, plus… a combination for success that continues to earn the Connecticut Convention Center kudos as the northeast’s premier meeting destination.

LAZ Parking Ltd. LLC – LAZ Parking was founded in 1981 and is based in Hartford, Connecticut. The company owns, manages, and leases parking facilities in the United States, providing facility management services that include event and game day management, and shuttle services for remote locations, as well as surface lots, garages, and valet parking. – www.lazparking.com 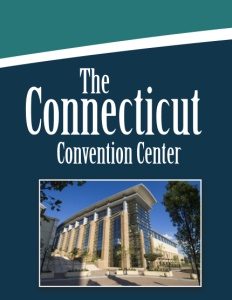