Established on Valentine’s Day, February 14, 1848, Auglaize County, Ohio embraces several unique and prosperous communities in the heart of West Central Ohio. The county is named for the Auglaize River – an unusual name, reputedly coming from the French term “eau glaise” meaning “clay-filled water.” This year, the Auglaize County seat – Wapakoneta – welcomes visitors from far and wide to its doorstep, as the hometown of Apollo 11 Commander, Neil Armstrong, proudly celebrates the 50th anniversary of the first moon walk. 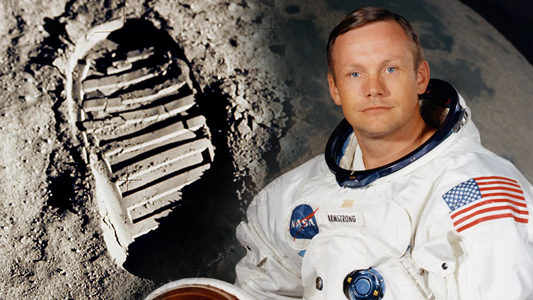 Auglaize County has a population of about 48,000 people. The largest centers are Wapakoneta (9,600), St. Marys (8,300), and New Bremen, Minster, and New Knoxville (combined about 7,000), and each of those communities has its own distinct character and opportunities.

Business View Magazine recently spoke with Greg Myers, Executive Director – Wapakoneta Area Economic Development Council; Angela Hamberg, Economic Development Director of the Village of New Bremen; and Mike Burkholder, Manager of Industrial and Community Development for the City of St. Marys, about the attributes and ongoing initiatives that make Auglaize County an exceptional place to live, visit, and do business. The following is a transcript of that conversation.

BVM: How is economic development managed in a county with such diverse needs?

Myers: “Auglaize County has three significant and fairly equal population centers. The city of Wapakoneta, which is the county seat; the city of St. Marys; and the villages of New Bremen, Minster, and New Knoxville – three small communities, but when you combine them, they are very similar in size to the other two cities. We don’t have a single economic development agency for the entire county, because all three of those population centers have very strong economic development components.

“In combination, Minster and New Bremen have more industrial jobs than St. Marys, and St. Marys has more industrial jobs that Wapakoneta. Wapakoneta has more service-sector jobs, but the industrial base is smaller. So, we need three-plus different entities working all the time in Auglaize County to meet the needs of our existing companies, as well as upcoming and future projects. We have what we call the Auglaize County Economic Development Coalition. There are five of us representing each of those communities who meet regularly, talk about strategies, and make proposals to the County Commissioners for economic development funding.

“You can see how similar we are in population base. The annual growth for the county is about .4 percent. We haven’t lost population, which is uncommon among rural communities throughout the U.S., but we haven’t grown significantly, and I believe that is to do with our ability to retain our young people after high school. We retain enough – and sometimes that’s not a bad thing, being stable. It’s a good way to plan for the future.” 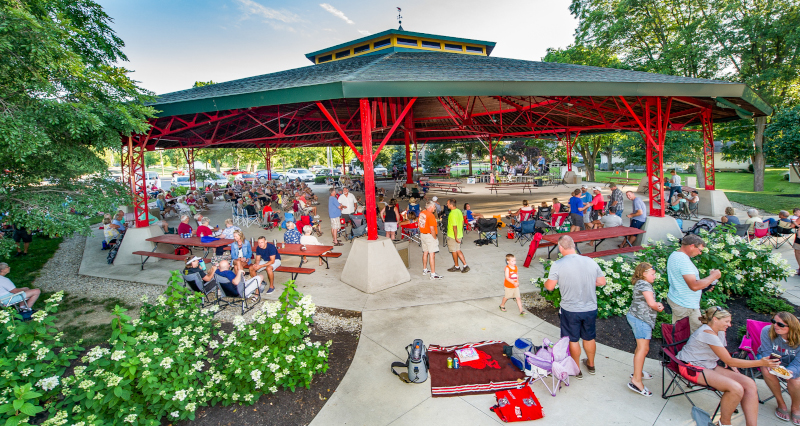 BVM: Who are the major employers and do you have industrial land available?

Hamberg: “Our main driver for New Bremen is Crown Equipment Corporation, a manufacturer of lift trucks. They rank 5th in the world in sales and are the largest employer within Auglaize County. Because of their success and continued growth, along with our other local companies, we actually have a 4.35 percent job growth within New Bremen. We’re able to attract a work force from a pretty wide area. New Bremen established its industrial park back in the late 1980s and early ‘90s. The reason for that park being developed was that some of our local companies had the opportunity to expand but couldn’t because they were landlocked in the original location they started business in. So, this allowed them to meet their current needs and plan for the future.”

Burkholder: “In St. Marys, our largest employer is the Grand Lake Health System, which is the area hospital. And we have KSM – Kosei St. Marys – one of the world’s largest manufacturers of wheels for automobiles. We have an Industrial Park of St. Marys and also what we call our McKinley Road Industrial Area. That development has been spurred on by companies needing to grow, and we’ve acquired land to make it happen. It’s all positive.”

Myers: “In Wapakoneta, our industrial jobs are spread amongst 20 manufacturing companies that range in size from 25 to 200 employees. The largest new single employer we have is Pratt Industries, which manufactures 100-percent recycled paper into corrugated boxes. Their employment will be about 350. All five communities have shovel-ready land available. Because of the diversity of our employment base, we need to be ready to provide additional space for our existing companies and, just as importantly, to attract new firms to the county.

“The West Central Ohio Industrial Center in Wapakoneta is one of Ohio’s first certified Job Ready Sites. We started with more than 760 acres; we have about 350 acres left. It’s been advantageous for us in attraction because, between the state and the city, over $7 million has been invested in preparing this site, so it truly is beyond shovel ready; definitely, a fast-track site for a company looking for a large industrial space with all the analytics done and all of the utilities and rail service in place. But all of our communities have been very focused on ensuring we have enough industrial sites ready to be occupied, whether it’s for expansion or a new company coming to town.”

BVM: How does tourism come into play?

Myers: “Wapakoneta is the hometown of Neil Armstrong – Commander of Apollo 11 and the first man on the moon. The world-class Armstrong Air and Space Museum was built here.  It brings thousands of visitors here every year—more than 2 million since it opened in 1972. This year, being the 50th anniversary of the Apollo 11 moon mission, things are kind of on steroids from a tourism perspective, and that’s a great thing.  Wapakoneta is once again in the world spotlight.”

Hamberg: “The village of New Bremen is home to the Bicycle Museum of America. It’s been here 22 years and is the largest private collection of bicycles in the world. The museum was originally located at Navy Pier in Chicago and a local individual who owns Crown Equipment Corporation bought the entire collection and moved the museum here to downtown New Bremen. They have 200 to 300 bicycles on display at a time and constantly rotate it, so you can visit the museum six times a year and not see the same bikes. They have, what is believed to be, the very first bicycle ever made, and many items that came from Robin Williams’ personal collection – it’s a very interesting place.”

Burkholder: “In St. Marys, we have the largest manmade lake in the state of Ohio. Grand Lake St. Marys is about 13,500 acres and it’s a real fishing hot spot. We’re known for our crappie, so, from spring to fall, we have fishing tournaments that attract anglers from across the states; there’s a world-class campground attached to it. We have a lot of good outdoor recreational opportunities throughout the county.”

Myers: “When we talk about having the largest man-made lake, you almost have to explain why. Grand Lake St. Mary’s was built in the 1840s as an enormous reservoir for the Miami and Erie Canal that connected the Ohio River with Lake Erie. Much of that canal is still in existence in Auglaize County – you can tour it and it’s quite an attraction, itself, in New Bremen and St. Marys. Both the canal and the lake draw many tourists for their recreational and hiking activities.”

BVM: Do you have downtown districts being revitalized?

Myers: “The Wapakoneta Downtown Partnership is an organization dedicated to increasing the occupancy and viability of our historic downtown. The entire 65 buildings downtown are on the National Register of Historic Places. As a district, we’ve had great success; about 98 percent occupancy with 70 upper-story apartments currently occupied. The downtown district is on the Auglaize River and, later this summer, we’re kicking off a $2.5 million enhancement project, which will put walking/biking trails along the river, a new events pavilion, and public restrooms to provide a better river corridor experience.

“And in downtown New Bremen, Crown Corp. has restored many of the historic buildings so well that people come here and think it might be a movie set. It’s spectacular. All of our communities are in really good shape; they look like Norman Rockwell paintings. To encourage downtown entrepreneurs, our Chamber of Commerce operates the Wapakoneta Community Development Center in a large, 19th-century building and it has incubator space in for start-ups to rent.”

Myers: “In Wapakoneta, 15 percent of our power is from renewable energy – the majority from hydroelectric and solar. The city constructed a 3 MW solar field in 2012 that does a fantastic job helping us with peaking during the summer. And we’re in negotiation to build another 35 acre, 7 MW solar field adjacent to our industrial park. We’re committed to increase our renewable energy portfolio to 25 percent and this new solar field will allow us to do that. And other communities in the county are following suit.

“What’s most important: the quality of life in Auglaize County is pretty remarkable. We have great schools, great recreation, people feel comfortable and safe, and it’s just a good place to live. When our young people move away, they often move back here to raise their family as we continue to create new jobs available for them.”

What: Famous as Neil Armstrong’s hometown; population about 48,000

The village of New Bremen, Ohio is renowned as the home of the world’s largest pumpkin pie. Made in 2010, the pie was 20 feet in diameter and weighed in at a whopping 3,699 pounds!