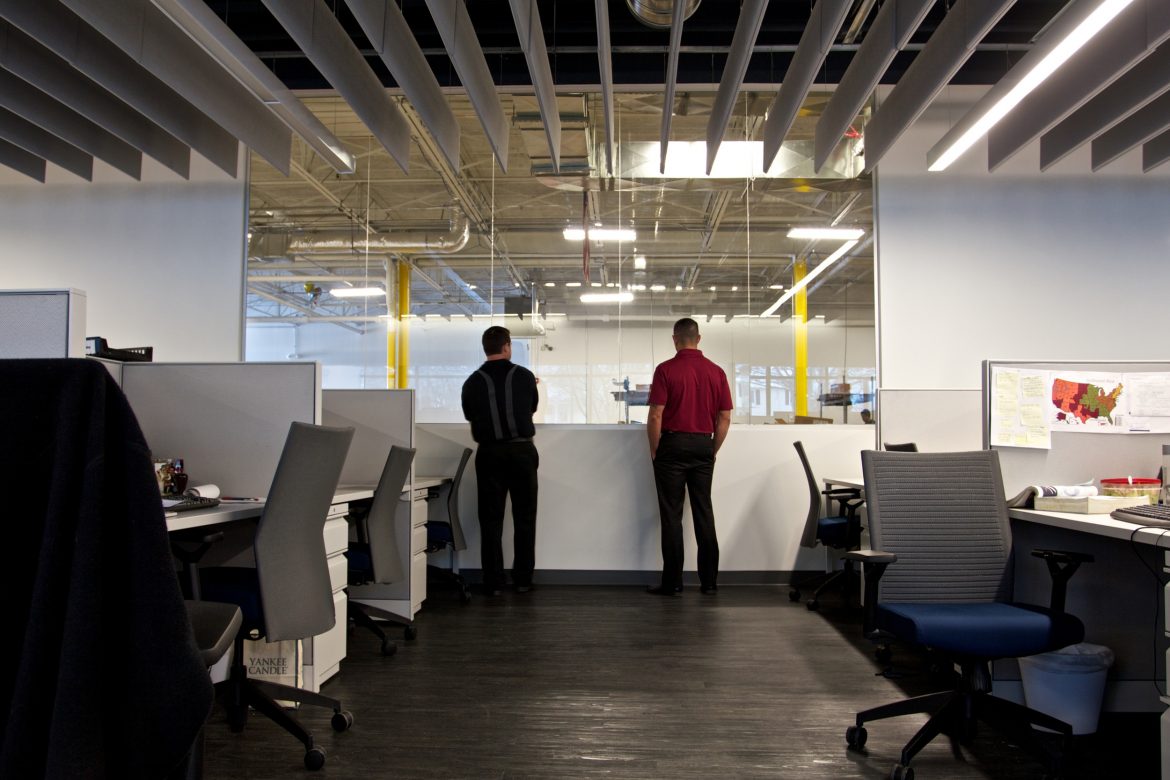 FCP Euro, in Milford, Connecticut is an online auto parts store, specializing in genuine replacement parts for the following European brands: Volvo, BMW, Audi, Volkswagen, Mercedes, Porsche, and Saab. It operates out of a 25,000 square-foot distribution center that maintains $1.5 million in inventory; its online catalogue features over 350,000 SKUs, and its database contains information on over 400,000 customers. “Our consumer is a do-it-yourself enthusiast,” says CEO, Scott Drozd. “They’re European car owners who fix and maintain their own vehicle, and purchase directly through us, via our online website.”

FCP Euro was originally established as a small, automotive brick-and-mortar store in 1986, by Harry and Kathy Bauer, in the town of Groton. “It was my best friend’s parent’s company,” Drozd recounts. “My friend, Nick Bauer, came out of college in 2001 and decided he wanted to take his parent’s brick-and-mortar auto parts store, online. He knew there weren’t a lot of automotive replacement products being sold online, and there was an opportunity to take some of the inventory that was on his parent’s shelves and list them on EBay – back when they were only doing auction-style listings. That’s where the origins of the online business began.”

“I came aboard shortly after, in 2002, and that’s when we really started to grow the online business,” Drozd continues. “It was in the same location as the original brick-and-mortar for about a year. In 2003, we moved to an adjacent building, where Nick and I focused on growing the online business, and we ran it in parallel to the brick-and-mortar business until 2008. By then, the online business had dwarfed the brick-and-mortar sales, and we were still in a very small facility – under 2,000 square feet – but generating seven or eight million out of that small facility. We wanted to grow the business, but our thoughts and the parents’ thoughts on growth were not aligned, so we ended up splitting away from the parents and moved to Old Saybrook in 2008, where we acquired 25,000 square feet.”

“By 2014, we had grown the online business to about $18 million – all of the growth from reinvestment of profits and internal cash flow – no bank line, until last year. That year, we moved the business to Milford, Connecticut. We went into a new facility; we used a material handling system company to help us design the space that was that was better for the business, better for the culture, better for the employees, and far better for distribution. We’re over 50 employees, now, and this year, we’ll do about $30 million in annual revenue.”

Of course, no business can succeed without strategic partnerships. Drozd credits some of the other companies that have been crucial to FCP Euro’s success: “We have a very strong relationship with UPS for all supply chain logistics – bringing goods into the facility, shipping product out. American Express, as a vendor, has been very critical to our growth, as well, getting the cash flow management resources. CRP Industries, out of New Jersey, has been a key strategic partner for us on the inventory side. And Integrity Merchant Solutions is the easiest and most accessible merchant service provider I have worked with. They are always just a phone call or e-mail away and will work to solve any issues I have. As an operator of a large online business, they assisted me in improving the security of my website’s credit card transactions, and their understanding of PCI (a standard for connecting computers and their peripherals) is far superior to other processors. Their team is top notch and always looking for unique solutions to help my business grow. They’ve been instrumental in helping us maximize our earning potential while minimizing risk to the business.”

In a competitive environment, Drozd believes that FCP Euro can more than hold its own against some bigger players because of the quality of its products; its high level of customer service (its distribution model gives it the ability to ship out almost all orders within 24 hours); and its industry-leading, comprehensive Lifetime Replacement Promise.

“So, if you buy brake pads from us, if you buy wiper blades, you can return them for a replacement at any time during the life of the ownership of the vehicle,” Drozd explains. “It’s a very unique differentiator. We go as far as replacing oil, as well. If you want to change the oil in your car, and you order an oil change kit from us, when you’re done – 5,000, 7,000, 10,000 miles – you drain the oil, put it back into the containers that we sold you, send it back to us, and we ship you out nine or ten quarts, free of charge. That’s our lifetime replacement guarantee; it’s very unique in the marketplace. We’ve had it for six years, and people can’t seem to believe it, or wrap their heads around how we actually can keep something at this scale. But there is the opportunity to compete in a global marketplace with commoditized goods if your differentiators are strong enough. The way that we compete against behemoths in our industry, with 20 to 30 percent annual growth, is because of our differentiators in the marketplace. There’s room for everybody to grow if you have strong business fundamentals and clear differentiators for your business.”

By 2016, Drozd says that although he and Nick had built a pretty solid e-commerce business, they didn’t feel as though they had a strong enough position in the marketplace as a brand. “So, we launched a motor sports division,” he states. First, the company built a BMW E30 that it entered in American Endurance Racing events, an amateur circuit for production-based race cars. “In 2017, we built a Mercedes C300 Endurance Car, and we’ve won a few races,” he adds. “We also have a BMW–M235iR in the Pirelli World Challenge, which is the professional car. So, this year, we’ve got a car in the amateur series and we’ve got a car in the professional series.”

“And we’re currently integrating a motor sports division into the e-commerce business, to accelerate our top line revenue growth, to gain intellectual properties for these vehicles that we sell the parts for, to test the products that we stand behind with our guarantee, and to build strategic relationships between our manufacturers and vendors that like to participate in the motor sports and racing arena. That is a very big initiative on our plate, currently.”

Looking ahead, Drozd says that FCP Euro will continue to challenge the perception that European cars are expensive to fix and maintain. “Being owners and operators of European vehicles, we realize that it is not necessarily true,” he declares. “Our goal is to look at the entire landscape – the audience that owns European cars in the U.S., and globally, and look at ways that we can help to improve the ownership of a European vehicle – helping them maintain it, lowering overall costs, giving them access to information. So, as we look to build the business over the next five years, that’s the mind share that we want to occupy: enabling consumers to own their vehicles and accelerate the growth of the European mix in the marketplace for both new and pre-owned vehicles.” 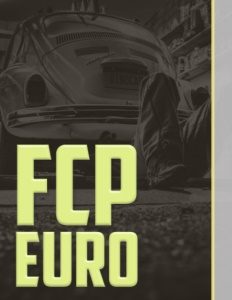